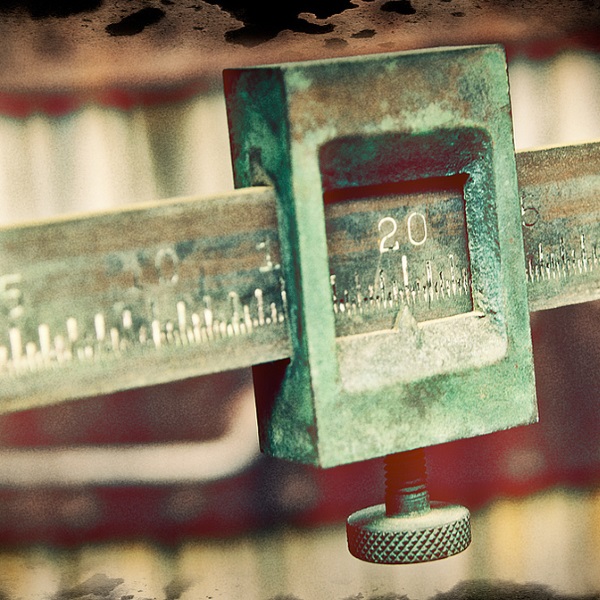 Excuse my language: but fuck what the scale says.

I hate that the scale is often deemed the end-all, be-all measure of progress; the litmus test innumerable people gravitate towards to gauge their success when it comes to their health and well-being (or worse, self worth).

I’ve written on this topic before – Should You Use Scale Weight As a Measure of Success? – so I won’t go too off tangent here. Besides, if I do I’ll get all worked up, emotional, and inevitably end up having to resist the urge to Sparta kick a random wall in my apartment.

But in case you’re too cool for school to read the article it can be summed up as follows:

Just read the article will ya?

Why Performance Based Goals Matter
Whenever I start working with a client (male or female) I almost always “nudge” them towards a performance based goal, rather than something arbitrary like:

Save for the last one, which is creepy as hell1, none of these “goals” speak to anything concrete or quantifiable.

It amazes me how often the magic number is “10 lbs” whenever someone refers to losing weight, as if that number really means anything. Likewise, will looking like Hugh Jackman as Wolverine make you a better human being?

This isn’t to belittle these goals or begrudge the people who make them. Honestly, if either of them are what helps keep people motivated to train and to stay consistent with their training I’m all for it.

I just feel these types of goals pale in comparison to setting concrete, measurable, performance-based goals. Goals like deadlifting 1x, 1x5x, or 2x bodyweight, or bench pressing bodyweight for reps, or being able to bang out a clean, full ROM, bodyweight chin-up/pull-up.

THESE are the markers of true progress IMO.

Here’s a video of Lisa hitting 5-reps during one of the 17,9422 snow storms we had last winter in Boston.

And, as an added benefit: more often than not, the whole notion that “scale weight” means anything is tossed to the curb (especially as it relates to the toxic mindset and environment that many women impose on themselves).

The sooner I can get them to say “sayonara” to the scale, the better.

So, Speaking of Chin-Ups/Pull-Ups
I work with a lot of women as a coach, and it’s not uncommon for many to express how they’d love to eventually be able to perform a chin-up/pull-up.

Unfortunately, for some, the negative self-talk takes over.

Whether because they’ve been programmed to think otherwise from magazines which tell them that lifting 3-5 lb dumbbells is what they’re supposed to be doing, or from ill-informed and ill-intentioned trainers in the past who bought into the bullshit and “vomited” said bullshit in their direction …many are left thinking themselves:

However, with the right information, support, and plan…it is possible.

Say Whaaaaaaaaaaaaaaaat?
Much of the credit goes to Artemis Scantalides. It’s been the information I’ve gleaned from her that’s been the main influence on my revamped approach.

The biggest “take home” point is allowing people to understand and respect the importance of getting and maintaining full-body tension, and then taking that tension and applying it to the bar.

Many are unable to grasp this concept and frankly, until they do, aren’t ready to hang from a bar.

This can be done in several ways, and it doesn’t require anything elaborate or fancy.

Improve someone’s ability to perform a push-up, and inevitably you’ll see improvements in the sexier lifts like deadlifts, squats, and chin-ups/pull-ups.

The sooner one learns to “own” the push-up, the sooner he or she will own the weight room. And I don’t mean “girl push-ups” either. You know, the ones that girls are supposed to perform with their knees on the ground.

I think those a stupid and set a dangerous precedent.

Girls can (and will) do push-ups. We just may need to augment them to better set them up for success.

One variation a really like that better emulates carry-over to the chin-up/pull-up is:

Along the same lines as the push-up, I also find a ton of validity in rollout variations. Many of the same benefits apply: cuing of bodily tension (brace abs, squeeze glutes), better anterior core activation, and improved lumbo-pelvic-hip control.

What’s more: the rollout – from the extended position back to an upright position – very much “copies” the pulling motion akin to the chin-up/pull-up.

Both exercises are crucial in introducing tension and bodily awareness and help to build context in a more “user friendly” manner. It’s not uncommon for me to program one or the other – choosing from a wide array of variations – every training session for some trainees.

Another teaching tool I’ve been using a lot of late (thanks to Artemis and other coaches like Karen Smith) is something called the Hollow Position.

This move has been a game changer for me as a coach, and something I’ve been incorporating into many of the programs of my new clients in Boston, like Alex in the video above.

The Key Points to Remember

And Most Important Of All….

Once I clicked “publish” on this article: there are 30 Days, 8 Hours, and 43 Minutes until Star Wars Episode VII premiers.

Not that I’m keeping track or anything…..