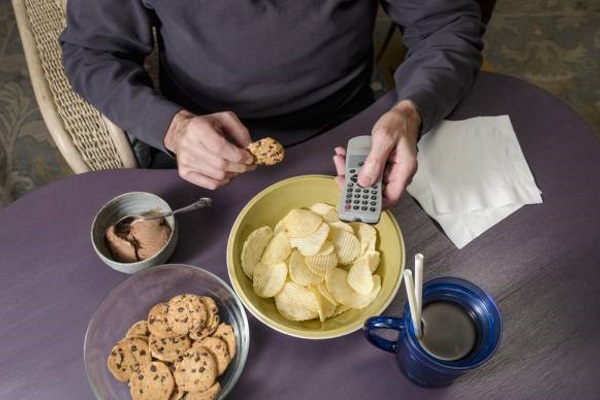 I recently started a new fat-loss program. For a few months, I had been tracking food intake, and I was tired of it. I had gotten pretty good at estimating my macros, and figured I’d give this new diet a try without any hardcore tracking.

I know people who do this very well, and I’ve had a few clients whose success was largely because they were outstanding intuitive dieters. They had a wonderful understanding of satiety, didn’t overstuff themselves, and were mindful of what they were putting into their bodies.

I’ve always wanted to be that person, so I gave it a whirl with this most recent diet.

I was miserable failure.

Sometimes intuition is not your best ally.

Why Did I Fail?

Two months into the diet, I hadn’t made any reasonable progress whatsoever. I know eight weeks isn’t a ton of time to see a ton of progress, but I should’ve noticed something. The scale, my pictures, and my measurements told me my progress was nil.

“Our sanity depends on our ability to make sense of things via stories. Without this tool, we’d go insane. With it, we still manage to do some incredibly dumb things.”

Maybe I’m not a great intuitive dieter. Maybe I shouldn’t have tried this knowing that during that eight-week period there would parties, a wedding, and a holiday. All things that derail diets.

Or maybe I fell victim to nasty psychological phenomenon known as narrative bias.

Every single day, our brains receive an immense amount of information. Too much information to process, make sense of, and respond to, in fact. For example, we have somewhere in the neighborhood of 85 billion neurons. A cat has one billion. This means we have to sense, understand, and respond to a lot more than the average cat and we have developed highly evolved brains to keep up with the world around us.

In order to do this, our brains like to receive and organize info in the form of a story. Our sanity depends on our ability to make sense of things via stories. Without this tool, we’d go insane. With it, we still manage to do some incredibly dumb things.

How Narrative Bias Gets in the Way of Our Diet

Dieting is a difficult process. It requires patience, determination, good habits, some willpower, and a little bit of luck. Think about the last time you dieted. Think about when you went off the tracks. It may have been a minor slip up for one meal, or it may have been a weeklong binge where you ate everything in sight.

Now think about how you justified that to yourself. What did you say to make it acceptable? Did you YOLO your way through it all and convince yourself you didn’t want to be deprived or that you should just live a little bit?

Everyone else can see you’re messing up – except for you.

That’s narrative bias in action. You’ve justified a decision by making it fit within the story of your life, even if that decision wasn’t a smart one.

The funny thing about narrative bias is that we’re often blind to it when we do it, but it’s painfully obvious when others do it. Think about your friend who is a chronic dieter. We all have this friend. Every few months he starts a new diet, and we’ll be out with him when he orders something we know doesn’t fit within the context of his diet.

“We’re not lost in his brain, getting mixed up trying to explain his life in a story. We have an outside view, and can see things as they are.”

But if we ask him about it, how does he justify it? He’ll say something that to him is likely a completely rational justification, but to us it brings on an intense urge to slap some sense into him for being so ridiculous.

This is because we’re removed from his personal narrative. We’re not lost in his brain, getting mixed up trying to explain his life in a story. We have an outside view, and can see things as they are. This is where dieting and narrative bias gets tricky for every individual, and why trainers or accountability partners are so vital.

The Importance of Coaching

Trainers, accountability partners, or even food tracker apps serve as a way to help us cut through our own narrative bias. They allow us to see what is actually going on, and why we may not be making the progress we expect.

This why I’m an advocate of tracking food intake. It provides us a way to look back on our meals and see what has really gone on. We may lie to ourselves through narrative bias, but food logs don’t lie.

“Trainers, accountability partners, or even food tracker apps serve as a way to help us cut through our own narrative bias. They allow us to see what is actually going on, and why we may not be making the progress we expect.”

In my own personal situation, I know I justified far too many nights of an extra helping, a beer or two, or a piece of candy. I often used some justification like, “I worked out hard today, and I’ve earned it.”

Fast forward eight weeks and far too many narrative bias justifications, and I have no progress to show. I had given up my main tool to fight narrative bias – the food log. I couldn’t look back on the previous two months’ worth of data to find things that didn’t belong and strategize accordingly. I was left depending on my memory and my personal perspective. Not a good place to be.

Keep a food log so you can track progress and hold yourself accountable.

How Can You Fight Narrative Bias and Successfully Diet?

Narrative bias is a surprisingly simple psychological phenomenon to fight. All it requires is an outside perspective. As we’ve seen, we can easily call out a friend when they’re falling victim to narrative bias. And most of the time, that’s what we need most.

“If you can’t afford to hire a coach, an accountability partner will do. Pick someone who has similar goals and can be there for you when you’re thinking about caving into temptation.”

This is where hiring a coach becomes an effective tool. It’s a coach’s job to cut through your narrative bias and call you out when you try to justify your failures. If you can’t afford to hire a coach, an accountability partner will do. Pick someone who has similar goals and can be there for you when you’re thinking about caving into temptation. Your accountability partner could be a friend, training partner, or family member.

Lastly, a food log and training journal are fantastic tools that can provide insight into your eating and exercise. This sort of data will allow you to notice habits that may not fit within the context of a fat-loss diet or a week of training that wasn’t exactly geared toward your current goals.

Use All Three Tools

In my own experience, a combination of those three tools – someone to hold you accountable, a food log, and a training journal – is the perfect approach to combatting narrative bias. That is, as long as I actually use them.

I now know I’m not ready to diet without food logging. That’s fine, I accept that. Some people can do it. I’m just not one of them. I’m going to start using my food log again, and use it to battle all those stories I tell myself.