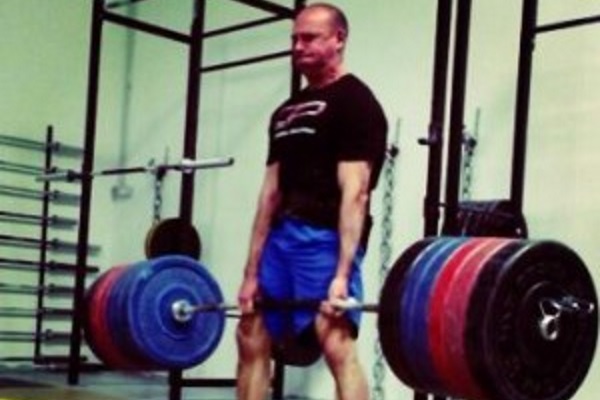 I’m fortunate to do 99% of my training sessions at Cressey Sports Performance, where we’ve got all the equipment I can possibly desire and a great training environment to keep me motivated.

Occasionally, though, I have travel – and that’s when the other 1% of my training takes place. Usually, this means under-equipped hotel gyms or commercial gyms that can make for some good people watching. This morning was one example.

Normally, when someone in the fitness industry visit a commercial gym, they instantly go into “gym snob” mode and try to nitpick on all the things people are doing wrong, whether it’s poor exercise selection or horrendous training technique. While I certainly recognize these things, I like to think of myself as an eternal optimist. If I can find the good in a commercial gym – whether it’s a trainer’s approach or some new piece of equipment I haven’t seen – then there is a good chance I’ll have something solid to bring back to improve CSP.

Today, there was one big lesson that really stood out in my mind: some people were doing a lot of actual “work.”

Whether it was on machines or with free weights, these individuals (who, unsurprisingly, were typically very fit), were challenging themselves with appreciable loads. And, they were generally doing so through a full range of motion.

Taking it a step further, though, they were doing so without wasting time. There wasn’t just work; rather, there was significant work done without a lot of standing around.

Conversely, there were also folks who spent a lot of time standing or sitting around. Sets were few and far between, and supersets just weren’t happening. There weren’t compound exercises, and they weren’t choosing challenging weights. In fact, exertion wasn’t really present in any capacity. I couldn’t help but wonder why anyone would bother to get up at 5:30am to “work out” if that individual didn’t actually want to do much actual “work?”

Believe it or not, I think this is a more common problem than we realize. There are a lot of people struggling to make fitness progress because they think that they train a lot harder than they actually do. I don’t necessarily fault them, though, as a lot of them have never been taught how much volume and intensity is needed for progress, and even fewer have actually gotten into a training environment that forced them to take on a challenging training program.

So, how do you know if you’re working hard or not? Is it sweat on your shirt, or wobbly legs as you leave the gym? Sure, those are somewhat subjective signs, but they’re a good start.

Speaking more objectively, though, I would just say that lifters should be able to get in warm-up work and then 20+ sets of mostly compound lifts in 60-75 minutes. And, in most cases (particularly beginner and intermediate lifters), the weight used on these sets should increase from week to week.

If you’re not able to get that much quality work in over the course of that much time, there is a good chance you’re doing too much waiting around between sets, or you’re getting caught up doing some other low-priority training initiative.

From time to time, I think it’s useful to do a “training audit” to see where you stand on this front. Review your recent programs to see if you’re getting in enough quality work to continue making progress. I’ve even seen accomplished powerlifters do this and realize that with all the heavy singles and long rest periods, they were actually getting in very little total work in training sessions. They added in more assistance work and incorporated some backoff sets in to bump up their total work number to get back to making better progress.

You may also find that you’re doing so much work that you could benefit from a back-off period. That might come in the form of volume, intensity, or frequency reductions.

The important thing is that you are cognizant of the hard work it takes to succeed. And, even more importantly, you’ll understanding where you are relative to that benchmark.