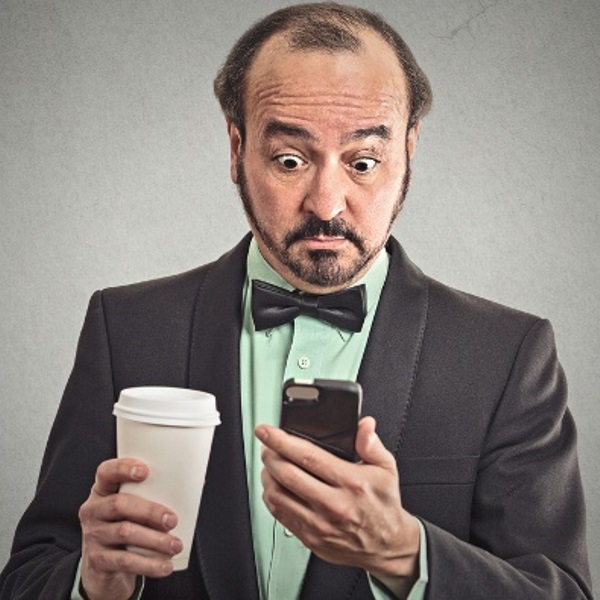 Yet, oddly enough, many short-term studies have shown that coffee and caffeine can raise blood sugar and insulin levels (4, 5, 6).

Why this happens is not fully known, but there are several theories.

This article examines the short-term and long-term effects of coffee on blood sugar and diabetes.

Coffee Drinkers Have a Lower Risk of Type 2 Diabetes

The health benefits of drinking coffee are well-documented.

In observational studies, coffee is linked to reduced blood sugar and insulin levels, which are major risk factors for type 2 diabetes (7).

Studies have also shown that each daily cup of coffee you consume may reduce this risk by 4–8% (3, 8).

A major paradox exists between the long-term and short-term effects of coffee.

A recent study showed that a single serving of coffee, containing 100 mg of caffeine, can negatively affect blood sugar control in healthy but overweight men (14).

Other short-term studies — both in healthy individuals and in type 2 diabetics — show that consuming caffeinated coffee impaired blood sugar regulation and insulin sensitivity after meals (13, 15, 16).

This does not happen with decaf coffee, which suggests that caffeine may be the agent that causes the spike in blood sugar. In fact, most of the studies on caffeine and blood sugar look at caffeine directly, not coffee (4, 5, 6).

Some studies have tried to address this issue, showing that the effects of caffeine and regular coffee are not the same (17).

How Are Habitual Coffee Drinkers Affected?

Some short-term studies have shown that people who are used to drinking a lot of coffee don’t experience increased blood sugar and insulin levels (18, 19).

In fact, some have seen improvements in fat cell and liver function, with increased levels of beneficial hormones like adiponectin.

These factors may be partially responsible for the benefits of long-term coffee consumption.

One study investigated the effects of coffee on overweight, non-habitual coffee drinkers who had slightly elevated fasting blood sugar levels (20).

The caffeinated coffee group had significantly lower blood sugar levels, while no change was seen in the other two groups.

After adjusting for some confounding factors, both caffeinated coffee and decaf coffee were linked with a modest decrease in blood sugar levels after 16 weeks.

Although there is always individual variability, the negative effects on blood sugar and insulin levels seem to even out with time.

In other words, blood sugar and insulin levels may increase when you start drinking coffee. However, after a few weeks or months, your levels may become even lower than before you started.

Bottom Line: Habitual coffee drinkers do not seem to be affected by increased blood sugar or insulin levels. One 4-month study showed that over time, drinking coffee actually led to a decrease in blood sugar levels.

Does Decaf Coffee Have the Same Effects?

Studies have shown that decaf coffee is linked with most of the same health benefits as regular coffee, including a reduced risk of type 2 diabetes (3, 8, 10, 20).

Since decaf only contains minor amounts of caffeine, it does not have as powerful stimulant effects as caffeinated coffee.

And, unlike caffeinated coffee, decaf has not been linked with any significant increase in blood sugar levels (15, 16).

This supports the hypothesis that caffeine may be responsible for the short-term effects on blood sugar, rather than other compounds in coffee (21).

Therefore, decaf coffee may be a good option for people who experience raised blood sugar levels after drinking regular coffee.

Bottom Line: Decaf coffee has not been linked with the same increase in blood sugar and insulin levels as regular coffee. Decaf may be a good option for people with blood sugar problems.

How Can Coffee Raise Blood Sugar, but Still Lower the Risk of Diabetes?

There is an obvious paradox here: coffee may increase blood sugar in the short term, but help prevent type 2 diabetes in the long term.

The reason for this is basically unknown. However, researchers have come up with a few hypotheses.

The following is one explanation for the negative short-term effects:

Bottom Line: There are a few theories about why the effects of coffee differ in the short and long term. Yet, for most people, coffee is linked to a decreased risk of type 2 diabetes.

Although the exact mechanisms are unknown, there is a lot of evidence that coffee drinkers have a much lower risk of developing type 2 diabetes.

On the other hand, short term studies show that coffee may raise blood sugar and insulin levels.

It is important to note that drinking coffee may have different effects on different people (32).

If you have diabetes or you have blood sugar problems, then you need to monitor your blood sugar levels and see how they respond to coffee consumption.

If coffee raises your blood sugar levels significantly, then decaf may be a better choice.

In the end, you will have to do some self-experimentation and see what works best for you.