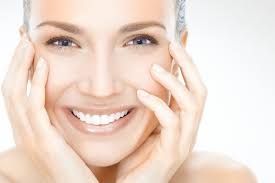 Even the skin of young lab animals reacts positively to collagen supplements, researchers at the University of Sao Paulo in Brazil discovered. Four-week-old rats produce fewer wrinkle-forming enzymes in their skin and more type-1 and type-4 collagen if they are given collagen with their food.

People who want to make their skin healthier and stronger have been using supplements containing gelatine and collagen for years. In South America and Southern Europe bodybuilders with skin problems sometimes put extra gelatine in their protein shakes, and in northern Europe and America it’s mainly women who take hydrolysed collagen supplements.

We know of no human studies that prove the effectiveness of these products, but there are animal studies that indicate that the idea behind collagen supplementation isn’t so crazy after all. One of these is the Brazilian study mentioned here.

The researchers used hydrolysed collagen CPB1000 made by Gelita. [www.gelita.com] By the way Gelita funded the research and is also the employer of the first author.

The composition of the casein and hydrolysed collagen used is shown below.

At the end of the four weeks the synthesis of collagen types 1 and 4 had increased in the skin of the collagen group. Type-1 collagen is found throughout the skin; type 4 is found in the endothelial cells – so also in the deeper layers of the skin.

In the rats that had been given collagen, the synthesis and activity of the enzyme matrix metalloproteinase-2 [MMP2] decreased. MMP2 breaks down type-4 collagen. This enzyme plays an important role in the development of wrinkles and lines in aging skin.

The Brazilian study not only reveals something about the way in which hydrolysed collagen works. It also shows that you can do more in terms of diet to improve your skin than just increasing your amino acid intake. The choice of amino-acid source is also important. And if you already have a high amino-acid intake through your diet, a collagen supplement can still have a positive effect.