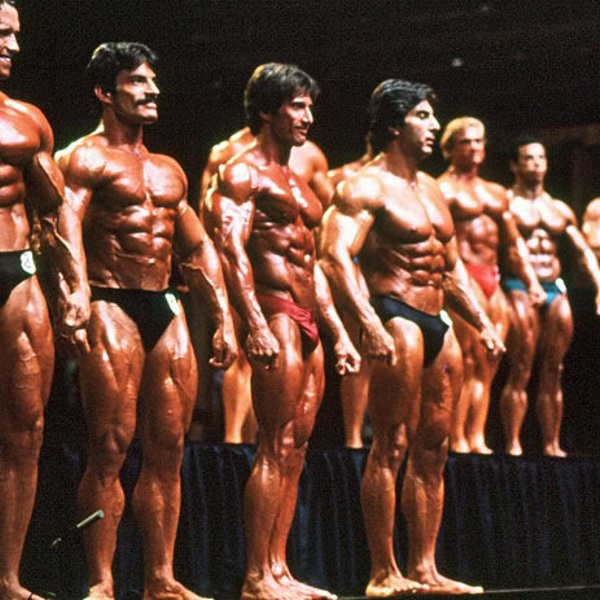 Human beings are far too corrupt for subjectivity to ever be the main determining factor in any competition. For that reason, subjectivity is one of the great downfalls of the bodybuilding industry. The “human” factor of judging, often leaves spectators and competitors alike feeling cheated, or at the very least confused. Bodybuilding is loosely judged based on specific criteria, although we are lead to believe it is judged strictly on these criteria. To be of the opinion that the judges do not have biases or personal preferences, is to say that the judges are not human beings at all. To make matters worse, the fans and athletes have no idea how each judge claimed to have seen the show, causing a complete lack of personal accountability for the judges. In other words, as individuals, the judges can get away with placing athletes however they wish, regardless of how inaccurate these placings might be in relation to “bodybuilding criteria”.

The first step in remedying these issues is to make the decisions of each and every individual judge public. In most other subjective sports, the fans and athletes can see what each judge decided individually, before receiving their overall score. Right off the top, this would make it much easier to spot if any of the judges are acting in an unfair or corrupt manner. If eight judges have an athlete between 12th and 10th place, but the ninth judge has him in a solid first, something must be going on behind the scenes there. Of course, the highs and lows are thrown out, but this is merely a band-aid, it does not cure the infection that is a corrupt judge. This change alone would not solve all of our judging problems, as the physiques are still not broken down using bodybuilding’s individual criteria, but instead are broken down as a whole, melding all of the criteria together. This leaves the judging with an unnecessarily large margin for error.

Bodybuilders should be judged based on each separate criteria, as opposed to their physiques being judged as a whole. Each athlete should get an individual score for each category of physique development, in regards to bodybuilding. These categories would be something along the lines of size, conditioning, balance, and shape. The importance of each category in relation to the others would be predetermined in order for the best physique to end up in the winner’s circle. For example, each category would be given a percentage of the overall score as follows: shape 35%, balance 25%, conditioning 20%, size 20%. Each athlete would receive a score for each of these categories, scores that are available to all fans and athletes as soon as the judging is complete. These scores could be an easy 1 to 10 scale, or something similar. So, if Dexter was given a 5 in size, that would garner him 10% (due to the fact that size is 20% of the total), and if he was given a 10 in conditioning, he would receive 20%. A perfect score of 10 in shape would earn a competitor 35%. The final scores would then be a total percentage.

To put it into perspective, at the Mr. Olympia, Shawn Rhoden would have received a 10 for shape (this is assuming his lower abdomen distension is not present) and a 7 for size. Kai Greene would be awarded a 6 for shape, and a 9 for size. A good version of Phil (such as 2013) would receive a 9 for balance, 10 for condition, 7 for size, and a 7 for shape. This would leave Phil with 22.5% from balance, 20% from condition, 14% for size, and 24.5% for shape, for a total of 81%. These are individual scores that drastically reduce the subjectivity of the sport. Just for the fun of it, let’s compare Phil to Ronnie Coleman in 2003, using this system. Ronnie gets a perfect score in size and conditioning, and at least a 9 in balance. Unfortunately for Ronnie, shape, which is his most glaring flaw, is the most important aspect in this system. Nonetheless, he would still manage a at least a 6 in that category. Added up, The Big Nasty finishes at 83.5%. Again, this system would be in place, in part, to improve the shape and pleasingness of the physiques, which is why a good Phil is able to get almost as good of a score as The Big Nasty.

If athletes and fans alike were able to see every bodybuilder’s score in every category, it would make any funny business very clear. It is hard to decide who has the “best physique” on stage, it is much less difficult to decide who has the best shape, conditioning, or size. No bodybuilding fan or insider would argue the facts that Shawn Rhoden would receive a near perfect score in regards to shape, while Ramy and Kai would receive a nearly perfect score in the size category. If a judge were to give Kai Greene a 6 out out of 10 in the size category, or Phil a 6 out of 10 for balance, this judge would have to be dealt with, because obviously they are not judging appropriately. This system would increase the accountability laid upon the judges by a large margin. This split would also help ensure that the physiques making up the pinnacle of our sport look the way that a bodybuilder should look, while at the same time making our sport less dangerous to the athletes.

At first glance, this system may seem like far too much work for the judges. Making them score each athlete on a 1 to 10 scale in four separate categories, would in fact be a bit much to ask. Fortunately, there is a simple and highly effective remedy. This solution not only makes the judges workload much more tolerable, but it also serves to make the judging even less subjective than making the scores public and breaking the scores into categories reduce subjectivity alone. There would be eight judges in total, and two judges would be randomly assigned to each category of physique development. This would prevent the judges from knowing the scores of the other judges, allowing them to focus solely on the category they were assigned, as opposed to the athlete’s total score.

Putting more emphasis on shape and balance would result in our sport being represented by more pleasing, less grotesque physiques. This outcome would have several positive effects on the sport, including a more mainstream appeal, and a much larger demographic of people who might become interested in the sport. Even the hardcore bodybuilding fans agree that the physiques should go back to the more pleasing, symmetrical bodies of the 1990’s. Putting less emphasis on size and condition and switching emphasis over to the pleasingness of the body could make this “back to the 90s physiques” wish, a reality. Bodybuilding is, after all, a visual and artistic sport, so how or why can a person with a distended stomach or nasty lumps and bumps place well at a bodybuilding show?

The dangers of elite level bodybuilding are well documented and have shown their ugly face several times over the past couple of years or so. Generally speaking, the main source of danger in our sport comes via attempting to achieve an impossibly low level of body fat, while at the same time dehydrating oneself to the point of eliminating most if not all subcutaneous fluid. Our sports 2nd most dangerous culprit is the unchecked, haphazard attempt to gain as much muscular size as humanly possible. Dangerous levels of drugs are involved in both of these extreme endeavors, albeit very different kinds of drugs. The first example often includes high amounts of fat burning drugs and diuretics, both of which have been accused of causing death in our industry. The latter example of unadulterated size gains is normally accompanied by less dangerous muscle building drugs, which at high doses over time, can cause serious health issues as well.

Modern bodybuilding is pushing the boundaries of what the human body is capable of achieving in terms of muscle mass and low body fat, but these may not be the best boundaries to be pushing in order to improve our sport. Why not push the boundaries of how evenly muscular a person can be from one body part to another, or how small a man’s waist can be while at the same time sporting huge amounts of muscle? Not only would this new system serve to push the right boundaries so to speak, but as stated earlier, it greatly reduces the subjectively of our sport, a quality of our industry that is frowned upon by most athletes and insiders. This is the direction our sport needs to head in for several key reasons, such as improving the health of the athletes and the ability to market the sport more effectively, creating greater opportunities for increased revenue.