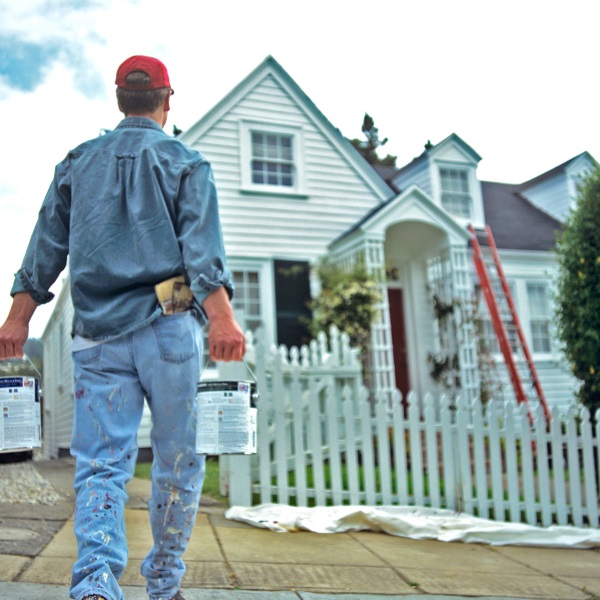 There’s a popular saying I use often:

“The painter’s house is always the last one to get painted.”

I can’t say I know many painters personally to know for certain that this is true – which sorta makes the saying moot – but it serves as a fitting metaphor to today’s post.

I guess I could have just as easily said: Note to my wife: like I have to say anything here.

So what’s the point I’m trying to make?

You’d be surprised as to how many coaches, personal trainers, and other fitness professionals put themselves second and don’t care for themselves as well as they should.

“The coach is often the last one to get coached.”

Even Coaches Need Coaches
Reversing time about a year ago, my back was flipping me the middle finger and my training was a complete train wreck.

It wasn’t just a “oh my back is a little sore today, so I think I’ll just move around a little bit and see how I feel tomorrow” kind of thing.

No, this was more along the lines of “holy mother shit balls, it hurts to sneeze, and I’m walking around like an 80 year old man” kind of sore.

Something was up, and I needed some help. I was still training, but it lacked any semblance of structure and all I was really doing was going through the motions.

Not to sound overly dramatic or anything, but I was thiiiiiiiiiiiiis close to walking into the local 7-Eleven to grab a pint of Ben & Jerry’s and then spending a solid week watching lame Julia Roberts movies while I drowned myself in a pity party.

Unfortunately, like the painter analogy above, I came to the realization that I had made a bad habit of putting myself second. I came to the conclusion that I spend so much time writing programs for other people, that the last thing I wanted to do is write one for myself.

But there was a problem. I LOVE to train. More specifically, I LOVE to deadlift.

It’s Monday? Deadlift. Only have a half-hour to train? Deadlift. Someone wore a blue shirt today? I’m going to deadlift baby!

The obvious conclusions were two-fold:

So I ended up hiring Cressey Sports Performance coach, Greg Robins, to write my programs.

And I haven’t looked back since. He’s been writing my programs for the past year and I couldn’t be more appreciative.

#1. I’m Stupid
Well, at least when it comes to writing my own programs. Oh, and rocket science. I’m pretty horrible at that too.

It’s a powerful thing when you’re held accountable to someone else’s expertise and programming. It’s a tough pill to swallow for many.

There’s a lot of trust that goes into the process, and it’s that trust, I feel, that helps keep people more accountable and on task. It did for me.

We’re more likely to follow through when there’s a plan in place. A direction. We tend to shut up, do the work, and as a result…magical things begin to happen.

#3. I Got Out of My Own Way
We’re creatures of habit. We tend to watch the same television shows, listen to the same music, eat the same foods, and when it comes to exercise, perform the same exercises or routines.

In short: we like to do the things we’re good at.

And we tend to ignore the things we ought to be doing to get better. Just because you’re good at something, doesn’t mean you should be doing it (much less more of it). Sometimes it’s that one thing that could be feeding into why you’re hurt in the first place.

Much of the value in following someone else’s lead or plan is that it often forces you to address your weaknesses and technique flaws.

It forces you to do more of what you’re NOT good at.1

#4. It Helps To Turn Off Inner-Dialogue
“What should I do today?”

“Bench press? No, wait, maybe decline bench press? Should I go with a narrow grip or wide grip?”

“GODDAMMIT….Eff it, I’ll do bicep curls.”

Following a preset plan takes the thinking away – which is a HUGE hurdle for many people to conquer.

I recently started working with a woman who’s a personal trainer herself. She came to me with some nagging injuries and too, a deflated ego due to sub-par, aimless training in recent months. Basically, much like me a year ago, she was just going through the motions and not getting much out of anything.

In less than two weeks she’s reported back with 1) less pain and 2) an invigorated sense of excitement and purpose towards her workouts.

All because she allowed someone else to do the thinking for her, and alleviate any self doubt or negative inner dialogue related to her training.

Having a plan and purpose made all the difference in the world.

And Yes, the Same Applies To Pre-Set “Recipe” Programs Too
Not everyone can afford to hire their own coach or personal trainer to write individualized programs. And even if they could, due to location, not everyone has access to a “GOOD” personal trainer or coach to begin with.

Thankfully someone invented the internet.

Don’t get me wrong: I feel in-person training trumps distance coaching any day of the week. In addition, there’s no shortage of “shady” internet trainers out there. These are the people who make a name for themselves on social media by uploading scantily clad pictures of themselves and/or by posting videos of themselves squatting a BOSU ball while juggling chainsaws.2

For whatever reason both give the illusion of legitimacy and authority, and many people are snagged – hook, line, and sinker – into the facade.

As it happens, many of these so-called “fitness celebrities” rarely train anyone and have no education and/or certification in the field.

However, not everything on the internet is garbage and devoid of decency and integrity. I mean, look at LOLCats!

Also, hello….I make much of my living off of my writing and other endeavors on the internet.3

In that vein I also like to think I’m able to direct people towards programs and products I feel are worthwhile and not in the slightest sense…”shady.”