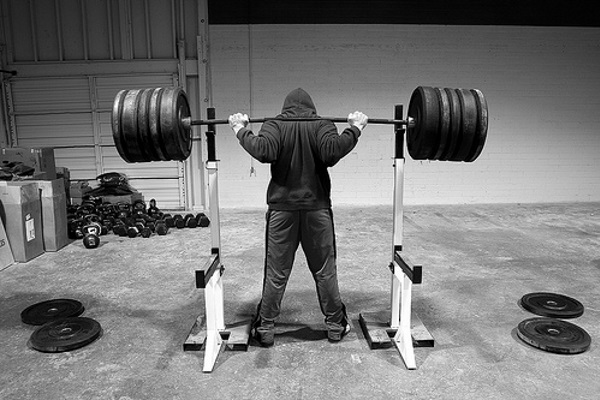 The greater the weight at which you can squat, the faster your sprint will be, write sports scientists from the American Appalachian State University in an article in the Journal of Strength & Conditioning Research. The researchers used seventeen professional footballers for their measurements.

It’s not the first time that researchers have noticed a relationship between athletes’ performances on leg machines in the gym and sprint times. In those studies it was also clear that the more weight the athletes could manage with the squat for example, the faster they were over short distances. In this study the researchers looked at whether the relationship holds for American footballers. They selected seventeen trained American football players [average height: 1.78 metres, average weight: 86 kg] and measured how fast they could sprint 5, 9 and 37 metres [5, 10 and 40 yards in the Anglo Saxon system].

The researchers divided the subjects according to whether a player could just manage 1 free squat with a weight that was lighter than 1.9 times his bodyweight or heavier than 2.1 times his bodyweight. They then looked at whether the latter group of players was able to sprint faster than the first group. And it turned out to be so. The relationship was strongest for the 37 metre sprint.

The trend was still visible for the 5 metres, that the stronger men sprinted faster, but the relationship was not statistically significant.

Athletes for whom sprint capability is important could improve their performance by doing squats, the researchers speculate. “A substantial commitment to increased squat strength has a high likelihood of contributing to increased on-field sprinting ability.”