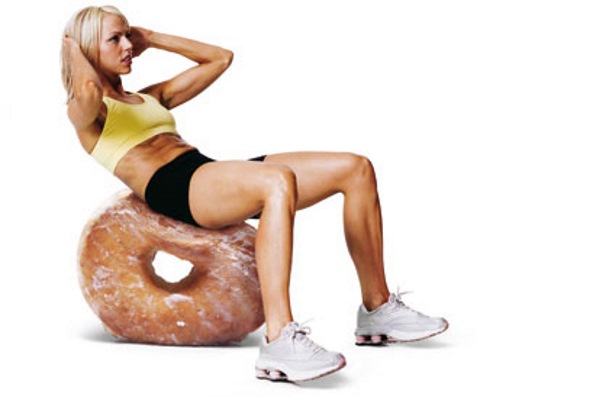 An editorial in an academic journal has reignited the debate over the extent to which a poor diet – and the marketing tactics employed by the food industry – is responsible for America’s obesity epidemic.

The editorial, published April 22 online in the British Journal of Sports Medicine, argues “the public health messaging around diet and exercise … has been corrupted by vested interests” that are drowning the public in “an unhelpful message about maintaining a ‘healthy weight’ through calorie counting” and exercise, when really the increased consumption of “nutritionally deficient products” is to blame.

Critics, including dieticians, however, argue that physical activity is a key component to maintaining weight and that all the blame for obesity cannot be placed solely on the food industry.

The case against big food

Aseem Malhotra, a consultant clinical associate to the Academy of Medical Royal Colleges, and colleagues in the editorial, accuse the “Food Industry’s Public Relations machinery” of using marketing “tactics chillingly similar to those of big tobacco” to confuse the public into believing that obesity is entirely due to a lack of exercise.

For example, they say Coca-Cola spent $3.3 billion on advertising in 2013, pushing a message that “all calories count,” and associating their products with sports. They also criticized the use of celebrity endorsements to sell sugary drinks and to create a “health halo’ legitimization of nutritionally deficient products.”

These campaigns suggest “it is okay to consume their drinks as long as you exercise. However, science tells us this is misleading and wrong. It is where the calories come from that is crucial. Sugar calories promote fat storage and hunger. Fat calories induce fullness or ‘satiation,’” the editorial argues.

The authors site analysis that found a higher connection between calories from sugar and type 2 diabetes than between calories from fat or protein. They also note another review that concluded “dietary carbohydrate restriction is the single most effective intervention for reducing all features of metabolic syndrome and should be the first approach in diabetes management.”

The authors also note that “in the past 30 years, as obesity has rocketed, there has been little change in the physical activity levels in the Western population. This places the blame for our expanding waist lines directly on the type and amount of calories consumed.”

Based on these and other studies, narratives and reviews the authors argue that “physical activity does not promote weight loss” and that “you cannot outrun a bad diet.”

“Placing the blame solely on the food industry is not accurate” for why obesity in the U.S. has increased in recent decades, said John Jakicic, the director of the Physical Activity and Weight Management Research Center at the University of Pittsburgh.

“But also dismissing the fact that quantity and quality of diet have changed across the population would also be inaccurate in my view,” he said, adding, “Close examination of the wealth of data suggest that both an increase in energy intake and a decrease in energy expenditure … have contributed to” the obesity epidemic.

This suggests the blame should be shared among consumers, manufacturers, advertisers, health care providers and the government.

“The reality is we all have to hold a level of responsibility when it comes to looking at the health of the American population,” said Marianne Smith Edge, senior vice president of nutrition and food safety at the International Food Information Council Foundation.

She noted in many ways the food industry has risen to the challenge of combating obesity by significantly cutting calories, carbohydrates, sodium and sugar in foods, and helping consumers control portions through smaller packaging. However, many times manufacturers undertake these efforts quietly through “stealth health” initiatives for fear that consumers will make assumptions about taste if they know about reformulations to make products healthier, she added.

But the food industry cannot reverse the trend alone.

“Everyone, health professionals, government, food industry need to be part of the solution encouraging ways to make healthy lower calorie foods available and affordable as well as encouraging physical activities,” said Leslie Bonci, a registered dietitian and board certified specialist in sports dietetics.

A place for exercise in weight management

That solution should including balancing calorie consumption and energy use, and that means exercise is a big part of the equation, argue Smith-Edge and Jakicic, who both suggest that the editorial may not look at the totality of research on the subject.

“The authors are not correct that physical activity does not impact body weight. In fact, most studies that show achievement of a sufficient amount of physical activity also show at least moderate weight loss,” and it can impact visceral adiposity, Jakicic said.

“Moreover,” Jakicic added,“physical activity may prevent weight gain, and it has been shown to be critically important at preventing or minimizing weight regain following significant weight loss. Thus, sending the message that being physically active does not matter is not substantiated by the scientific literature, and may be sending an incorrect message to clinicians and patients about the importance of a physically active lifestyle, even in the presence of obesity.”

Exercise alone is not enough

While Bonci agreed that exercise is important, she said that when the “goal is to lose weight, exercise alone will not get [people] to their goal,” and that people trying to manage their weight need to watch what they eat.

“A 30 minute bout of exercise may burn 100-300 calories, which can easily be replaced by a smoothie, a bar or cheese and crackers. So, when it comes to obesity, if exercise is medicine, food is the cure,” she said, adding that most people exercise once a day, if that, but eat three or more times.

On this front, Smith Edge suggested food manufacturers can help move the needle on the obesity epidemic by continuing to educate consumers about healthy eating and telling them what types of foods are healthy and filling while also being low in calories.