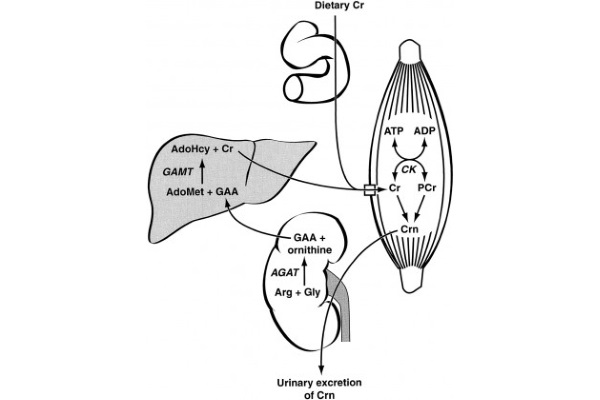 New dietary supplement ingredients are being churned out at such a fast rate, it has become almost impossible to keep up with them all. When a new ingredient is released, they are often backed by a clinical study of some sort. More times than not, a supplement will be marketed and sold after a promising study is published, but when it is used in real world (bodybuilding and sports) applications, they fail. Many of the studies performed on new dietary ingredients are funded by a supplement company looking to push a new product. Many of the journals these studies are published in have connections with particular supplement companies, giving these journals zero credibility.

While many supplements have failed to perform anywhere close to what is claimed in their given study, many have held their weight and proven their potential to be legitimate sports supplements. One, in particular, is creatine monohydrate (CM). Countless studies have been performed on creatine that shows its legitimacy. As with whey protein, glutamine, BCAA’s, and other proven supplements, there is nothing flashy with CM. In regards to the supplement industry, consumers are always demanding something new and better. Consumers are often in search of something so spectacular that it will compensate for their lack of proper nutrition and half-assed training routines. These consumers are willing to spend their money on anything and everything that a supplement company will push, and supplement companies have cashed in on this.

CM has been put to the test over and over again, and there is still no question of its effectiveness. When CM was first introduced to the retail market in the 90’s, it was extremely expensive, but that would not slow down sales. There would be more units of CM sold than any other supplement during this time. In the 90’s, CM would account for 10 percent of sports supplements sold, generating revenue of $100 million per year.

With the kind of revenue that CM created, supplement companies were quick to release products that combined CM with simple sugars and insulin mimickers, with claims of increasing absorption. These companies continued to cash in with CM supplements while boasting outrageous claims. Muscle Tech has been one of the most notorious for creating outlandish claims about their CM product Cell-Tech for years.

The supplement market would eventually become saturated with companies that sold a CM and high-glycemic carbohydrate blend. As with what happens with any other business, competition would drive prices down dramatically on CM and creatine blends.

With CM already being combined with an array of different ingredients to increase absorption, some supplement companies have introduced different forms of creatine in an attempt to increase effectiveness. A number of creatine salts, esterfied creatines, buffered creatines, and liquid creatines are now being highly marketed in way that compares to some of the over-the-top marketing that was used at one time with CM supplements. While over two-dozen forms of creatine have been sold since the introduction of CM, most haven’t been able to show any benefit that matches the “original” creatine, much less surpass as many claim.

Creatine ethyl ester (CEE) was first brought to the market in hopes of bringing more to the table than CM. It’s an esterfied creatine, and because of this it’s believed to have a higher absorption rate (even though CM absorbs at almost 100 percent) and a longer half-life in the body than CM. It’s also believed to have a higher uptake in skeletal muscle than CM. The belief behind this supplement sounds promising, and many supplement companies have pushed CEE as a superior creatine supplement due to these beliefs. These companies have banked on the fact that many consumers will just take their word for it. CEE has been touted by some as the next generation of creatine, with claims suggesting its muscle building effects is superior to those of CM.

Regardless of what has been claimed in magazines or on the internet. CEE is inferior to CM in every aspect. According to a 2011 study (1), subjects that consumed CEE had much higher plasma creatinine than the CM groups. Creatinine is a creatine waste product, and the high levels shown with the CEE group suggests that CEE converts to creatinine in the gastrointestinal tract, making it useless. High creatinine levels are a marker for renal failure. The conversion rate of CEE to creatinine is high enough to lead to a false assumption of renal failure. CEE carries a higher price tag than CM, and it’s shown to be completely worthless. While this is no secret, CEE is still found in many sports supplements and there are still uninformed consumers buying it.

One of the more common forms of creatine being pushed today is creatine pyruvate (CP). This form of creatine is creatine monohydrate bonded with pyruvic acid. Claims have been made that CP results in higher creatine levels, faster absorption, and a lower required dosage. Some supplement companies have claimed that CP is such a superior product, that it would indefinitely overshadow anything CM had to offer.

There is one study available (2) that compared CM and CP. During this study, subjects were given either 5 grams of CM or 7.3 grams of CP. The difference in amount administered between the two is because gram for gram, CP contains less creatine than CM. Plasma concentrations were tested over an eight-hour period of time. When comparing the blood samples of the two groups, CP did show a slightly higher elevation of plasma creatine levels. Because the absorption rate of CM is almost 100 percent, absorption is not a factor in CP having higher plasma levels.

Claims stating that CP is superior to CM are a far reach and based primarily on the higher plasma levels in this study. Since muscle creatine saturation levels are what really matters, plasma creatine levels don’t tell the whole story. While we know that CM absorbs at almost 100 percent, it’s safe to say that CP doesn’t absorb at a higher rate than CM as some claim, and the slight difference in plasma levels is caused by not the entire CP reaching the muscles. Several factors such as lower insulin or changes in plasma PH as a result of metabolizing pyruvate could cause a suppression of CP muscle uptake.

CP retails at about 10 times the price of CM, and this has caused some supplement companies to push this form of creatine as a bodybuilding magic bullet. As with any other business, owners are out to make a profit, but some owners have different values than others, as they will not hype a product in order to charge ten times the amount as compared to a product that is equally effective.

There are many forms of creatine that fail to make the grade due to cost and/or effectiveness. Below is a list of creatine forms that aren’t what they are hyped up to be.

New supplements are being introduced to the market at an astounding rate today. If a person uses sports supplements on regular basis and doesn’t want to waste their hard earned cash, it’s recommended that they do some research. This doesn’t mean reading into a magazine advertisement or taking advise from some online message board. These methods will often steer someone in a direction that will make supplement companies more money and the person feeling frustrated and disappointed.

In regards to CM, it’s still the king of creatines. It’s backed by more research than any other supplement, and it’s inexpensive. While many have unsuccessfully tried, there is no need to need to reinvent the wheel with creatine monohydrate.