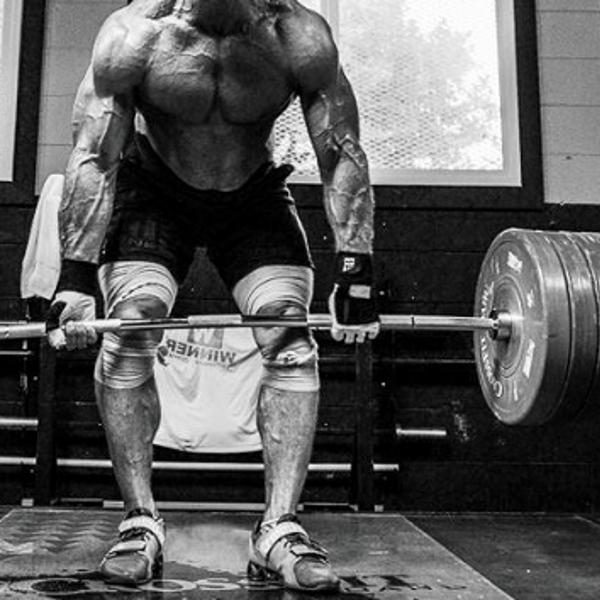 I guess that most of you will be training according to a split workout, right? You can do so many great bench press and biceps curl variations on “International Chest + Biceps”-Monday… awesome, right? Ok, enough of the sarcasm and back to the science. In this case, a recent study by scientists from the National Research Institute in Warsaw, the Sports Performance Research Institute New Zealand, the Bond University in Australia and the University of the Sunshine Coast.

Said study was conducted by Crewther et al. and published recently in the Biology of Sport. It examined the effects of two equal-volume resistance-training protocols upon strength, body composition and salivary hormones in male rugby union players.

“Both training approaches involved 3 weekly sessions (Monday, Wednesday and Friday) completed between 1600 to 1800 hours. Training involved 8 repetition maximum lifts for selected exercises, performed for 3-6 sets with rest periods of 60-90 seconds between sets and exercises. In the FB protocol, all muscle groups were ex ercised during each of the 3 weekly training sessions, while in the SB protocol only a sub-set of the muscle groups was exercised dur ing each session. The prescribed exercises included; back squats, leg curls, leg press, bench press, bent-over row, pull downs, shoulder press, bicep curls and calf raises. To equate for training volume, the total number of repetitions prescribed each week were identical (i.e. FB training = 21 exercises, 2-3 sets × 8 repetitions; SB training = 13 exercises, 3-6 sets × 8 repetitions). The 2 protocols are commonly used in research and practice and these were incorporated into the weekly schedule of the study population to improve the ecological validity of our findings. A standard warm-up was performed before all training sessions comprising of basic exercises performed with increasing intensities and stretching of the major muscle groups [18], with the athletes self-selecting the inten sity and duration of stretching” (Crewther. 2016).

As you can see in Figure 1, the FB and SB protocols improved upper (7.3% and 7.4%) and lower body 1RM strength (7.4% and 5.4%) to a similar extend. The data in Figure 1 does yet also reveal that the full body workout had a slight edge in terms of its effects on the body fat percentage and total fat mass of the subjects and reduced the latter by 0.5% and 3.6% more than the split training.

Whether or not this is related to the hormonal changes in Figure 2 is questionable, but it is at least worth mentioning that the testosterone to cotrisol (T/C) increased only (+28%) after the FB training. As the scientists point out,

a result that does not exactly make it easier to decide whether the hormonal differences were corollary or causative for the differential effect on the body composition of the athletes. What is quite clear, though, is that even within a short window of training, both, FB and SB protocols, can improve strength and body composition in rugby players.

In that, the scientists rightly point out that “[t]he similar strength gains highlight training volume as a key adaptive stimulus” – a result we’ve encountered in numerous previous studies, as well. What is “news”, though is that the program structure (i.e. FB or SB) had a measurable influence on the the body composition and hormonal outcomes, of which the latter were only partly (namely in the strong athletes) related to the strength gains.

Bottom line: If you are asking me if you should trash your split training routine now and switch to full-body workouts, my answer may surprise you: “No!” Even though, or rather because the study population is significantly more representative of the average SuppVersity reader than in many other studies… what? Well, you will probably train at a significantly higher volume per muscle part, when splitting (in the study this didn’t change), the results could thus be completely different for you than they were for the subjects in this volume-equated FB to SB comparison.

Furthermore, we cannot exclude that the subjects benefited from a novelty effects that occurred, because the full body workout was a welcome change from their own regular split routines (we can safely assume that 90% of trainees with more than 2y training experience train according to a body part split). This, in turn, could yet be a reason to answer the previously stated question in the affirmative: “Yes, switch to a full body split, but do it not once and forever, but temporary, as part of a well-planned periodiziation routine.” | What do you think? Comment on Facebook!