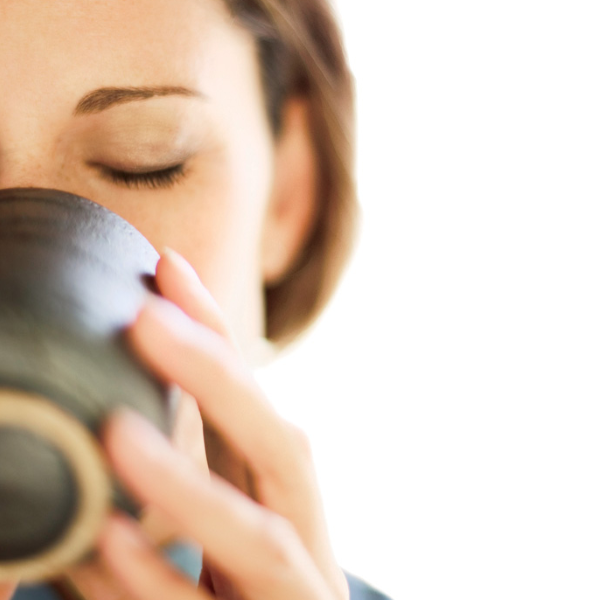 It is one thing to have in-vitro and rodent data that green tea can inhibit the digestion of dietary fat (reported previously in the SuppVersity Facebook News); it is another thing, however, to have a human study like the one Makoto Kobayashi and colleagues are about to publish in the peer-reviewed scientific journal Food & Function that shows that the “ngestion of a green tea beverage enriched with catechins with a galloyl moiety (THEA-FLAN 90S) during a high-fat meal reduces body fat in moderately obese adults” (Kobayashi. 2015).

Ok, the abdominal fat loss does not, as the previous quote from the conclusion appears to suggest, occur instantly right after you’ve consumed your first tea w/ a single meal.

Rather than that, 124 subjects (two of the initially 126 subjects 2 dropped out for personal reasons unrelated to the trial), 53 men, 71 women, who consumed similar, albeit non-standardized diets (see Figure 1 | note: physical activity was also identical) and began the study with body fat levels of ca. 31-35% had to consume the previously mentioned tea beverage that contained tea catechins (250 mL with 215.3 mg green tea catechins containing 211.0 mg green tea catechins with a galloyl moiety) twice or three times daily during mealtimes for 12 weeks, before the significant reduction in body fat became visible. 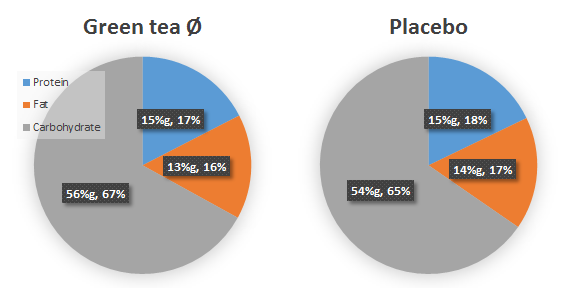 Figure 1: Macronutrient composition (in g an % of energy) of the non-energy reduced diets the subjects consumed; the values in the left pie chart represent a group average of all three intervention groups. Since the data is based on food records with photographs, it is probably more reliable than in your average diet study (Kobayashi. 2015).

Now, in view of the fact that this is not the first study to demonstrate weight loss effects in overweight subjects consuming green tea or, as in most other studies, green tea extracts, the word “during” and thus the fact that the green tea beverage was consumed with at least two of the three meals per day should be highlighted as a specific feature of the study at hand that is highly relevant to its interpretation. 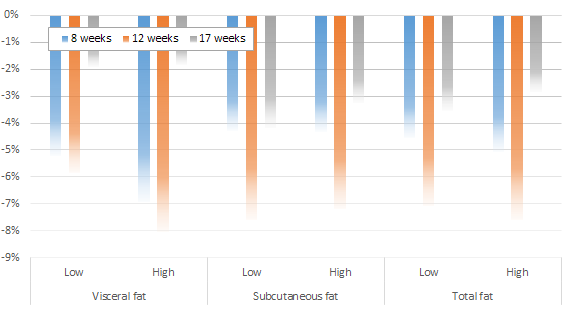 Figure 2: Detailed analysis of the rel. change in fat area in the abdominal depot of the subjects (Kobayashi. 2015)

It is after all the requirement that the green tea beverage had to be consumed with a (preferable high fat) meal that allows the authors to conclude that the significant fat loss Kobayashi et al. measured by the means of computer tomography predominantly in the abdominal area are the result of an inhibition or slowing of the intestinal fat absorption and thus warrant the conclusion that “the ingestion of green tea beverages enriched with CGM together with high-fat meals may be an effective strategy for reducing body fat in moderately obese adults” (Kobayashi. 2015) – an observation of which I would like to add that the underlying mechanism is not 100% certain.

What about weight and, even more importantly, muscle loss? No, losing lean mass was not an issue in, because weight loss (-0.6 and -0.8% in the low and high dose group, respectively | measured by bio-electrical impedance vs. computer tomography as it was the case for the abdominal fat area) was actually not an issue, either. If you want to measure your success on the scale, green tea is thus not going to be the “diet tool of choice” (unless you use it alongside an energy-reduced diet)… however, if you take into account that the placebo group actually did what the average Westerner does, these days, i.e. gain weight and body fat over the 12-week study period, you may argue that you can still see the results on the scale which could finally stand still after years of displaying subtle, but eventually relevant increases in body weight.

The authors base their conclusion that it is “unlikely that absorbed green tea CGM leads to increased energy expenditure, followed by reduced abdominal body fat area” (Kobayashi. 2015) on two reasonable, but experimentally (in this study) not confirmed assumptions which are that little to no catechins actually made it into the bloodstream, because …

The assumption that its just a blockade of the digestion of fat becomes even more questionable, if you (re-)read my 2014 article on the carb blocking effects of tea… Well, eventually, though, you may argue that it does not matter if the reduction in abdominal fat was due to thermogenic effects, thermogenic and fat-blocking effects or, as the scientists believe, mediated exclusively an “inhibit[ion] or slowing [of the subjects’] intestinal fat absorption” (Kobayashi. 2015). And let’s be honest, I guess you’re right. What matters is that there were significant reduction ins abdominal fat (visceral, subcutaneous and total abdominal fat area). Reduction of which the data in Figure 2 tells you that … 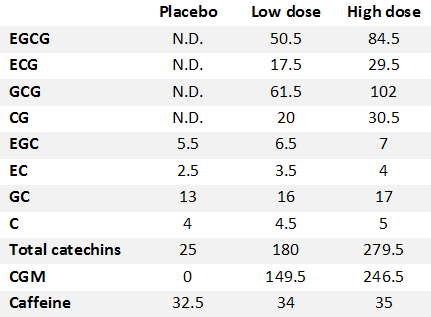 the fat loss in the abdominal area was dose dependent – even if the differences between the low and high dose group did not reach statistical significance (for the exact catechin composition see Table 1 on the right) – and that  roughly 50% of the benefits were lost within only 5 weeks when the subjects stopped consuming the green tea beverage, even though their diet didn’t change at all (in fact, they consumed minimally less energy in the withdrawal phase from week 12-17).

Now, (b) is obviously good news for green tea lovers, but bad news for those who cannot imagine consuming green tea containing beverages “for the rest of their lives”.

Green tea forever, it is then!? Well, as usual we have to consider what limits the generalizability of the results. Firstly, we are dealing with a group of people who have more than a few pounds of extra-weight on their hips. An abdominal fat loss of 8% in 12 weeks is thus not impossible, but not exactly likely to be seen in someone who starts at a body fat percentage of 15% or less (which is half what the subjects in the study at hand began with). 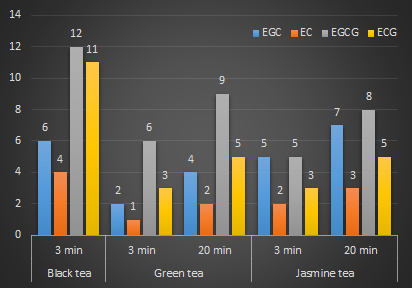 The second thing we have to keep in mind is the beverage itself. As you’ve previously read, it has been enhanced with catechins with a galloyl moiety (CGMs | EGCG, ECG, GCG, CG). Does this mean that you cannot achieve similar results if you simply drink green tea? Luckily, data from Bronner, et al. (1998) suggests otherwise. As you can see in Figure 3, it would take only 100 ml of commercially available freshly brewed (infusion time 3 min) green tea and even less black tea to achieve similar concentrations of EGCG and the other catechins with a galloyl moiety in your tea. Accordingly, the second obstacle to the gene- relizability of the study is actually irrelevant.

Third- and lastly, there’s yet still the fast reversal of the effects which suggests that it is necessary to become a habitual tea drinker to see long-term / lasting benefits of green tea (or as the data in Figure 3 suggests even catechin containing tea in general) on your body weight and, more importantly, body fat you’re carrying around | Comment on Facebook!