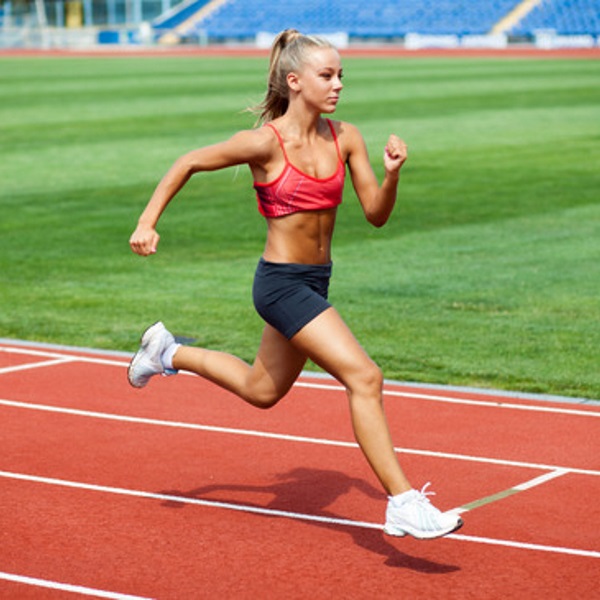 Interval training costs little time, makes you fitter, helps you to reduce fat and boosts your production of anabolic hormones like testosterone and growth hormone. What more do you want?

I can hear you thinking. You daren’t say it out loud, but the folks at ErgoLog know our onions. “Well… even more anabolic hormones. That would be great…”

And of course, it’s possible. Thanks to the sports scientists at the Wingate Institute in Netanya, Israel, we’ve learned how you can further optimise the positive effect of interval training on your hormone balance.

Study
The Israelis published the results of an experiment in which 12 handball players aged 17-25 had taken part in the Journal of Strength & Conditioning Research. On two occasions the test subjects did interval training on the treadmill, consisting of four sprints. They ran a total of 1000 metres, and took 9 minutes of rest between the sprints.

Results
The production of cortisol, testosterone, IGF-1 and IGF-BP-3, the inflammatory proteins interleukin-6 and interleukin-1-beta and the inflammation inhibitor interleukin-1-receptor antagonist all rose as a result of the interval training, but the rise was the same in all types of training.

The researchers also asked the athletes how tiring they had found the training they did. Here the Israelis discovered that the subjects found the decreasing distance interval training a little less tiring.