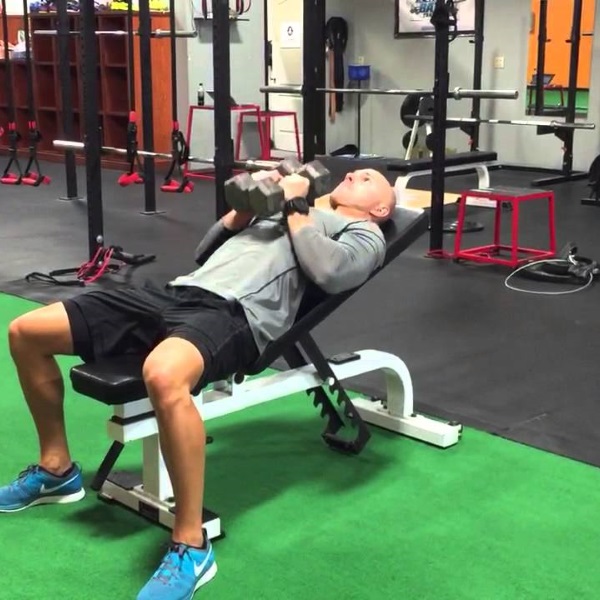 A little over a week ago I posted an article titled Are Compound Movements Actually Making You Stronger?

In it I made the case that:

1) Compound movements (deadlift, squat, bench press, rows, chin-ups, etc) should encompass the base for most weight training programs regardless of goal(s).

3) Bionic Six was the most underrated Saturday morning cartoon of the 80s.1

4) As such, sometimes, it requires that ISOLATION exercises need to be given more priority because the “targeted” muscles may not be getting the stimulation required to grow (and hence, get stronger).

Nevertheless I went into some detail that, ever since I started including more isolation movements for my pectoral muscles like DB chest flyes, I’ve seen a nice jump in not only my bench press performance, but the “feel” of the movement too.

Meaning, the quality of my reps have improved and I feel more confident with a given weight which I may have been struggling with only weeks prior.

Suffice to say, the assiduous journey to becoming more “pecy” – and including more isolation type work into my training programs (thanks to my coach, Greg Robins) – has paid off. Today I wanted to highlight another exercise I’ve been using more often of late (and, admittedly, it’s always been a favorite of mine).

Who Did I Steal It From: I can’t remember. I’ll say Chuck Norris just because.

What Does It Do: I’ve long championed the notion that the bench press isn’t a fantastic exercise for pectoral development. Yes, the pecs play a role in completing the movement – and by all means, they do get stimulated – however, the bench press is more of a FULL-body movement that many people give it credit for.

A lot of other “stuff” comes into play – technique, technique, upper back, not to mention leg drive. The pecs, when all is said and done, aren’t going to get hit optimally during a standard bench press.

If you factor in basic anatomy of the pectoral (major) muscle, you’ll notice it has attachment points on the clavicle (clavicular head) as well as the sternum (sternal head).

Again, during a bench press the pectoral muscle will be engaged, but I’d make the case not nearly to the degree as compared to dumbbell variations (where more humeral ADDuction comes into play).

Whenever I work with someone who has more aesthetic minded goals, of course I’m still having him or her bench press (I still want to use exercises which allow me to better overload the “system” or body as whole), but I’ll go out of my way to include more DUMBBELL work into their programming.

3) More humeral adduction is present (which hammers the sternal head).

4) We can also, if need be, address any imbalances that may be present between one side or the other.

I really like the squeeze press, though, because it hits 2/3 points above, but also increases time under tension of the pectoral muscles while also hitting the delts (anterior, middle) pretty hard too.

Keep them pressed together throughout the duration of your set. Your pecs will be on fire.

Also, some people have a tendency to “fall” into anterior humeral glide on these so it’s important to cue “chest up” or “chest meets the DBs” during the set.

NOTE: performing these with hex-shaped DBs would be ideal as they’re easier (safer?) to squeeze together. However, you could use round shaped DBs too, or PowerBlocks (as I did in the video)…it just may feel a little more wonky.

I like these as an accessory movement – after a main bench movement – for high(er) repetitions (10-15 range).