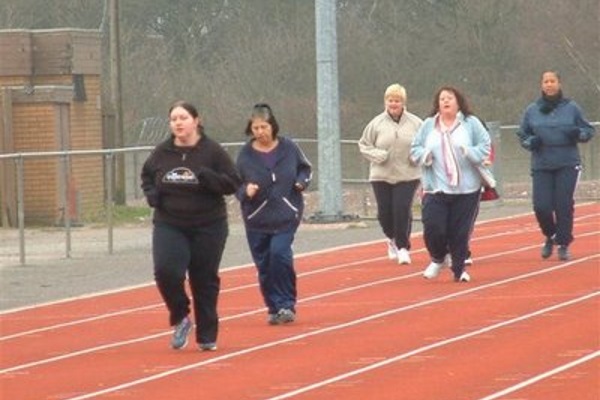 Physical activity has many health benefits, ranging from reducing the risk of heart disease, diabetes and cancer to improving mental health and mood

But contrary to common belief, exercise does not help you lose weight, according to public health scientists Richard S. Cooper, MD and Amy Luke, PhD of Loyola University Chicago Stritch School of Medicine.

“Physical activity is crucially important for improving overall health and fitness levels, but there is limited evidence to suggest that it can blunt the surge in obesity,” Drs. Luke and Cooper wrote in the International Journal of Epidemiology.

Drs. Cooper and Luke have been studying the link between physical activity and obesity for years. When they started their research, they assumed that physical activity would prove key to losing weight. But the preponderance of evidence has shown that assumption to be wrong.

If you increase your activity, your appetite increases and you compensate by eating more food. So with or without increasing physical activity, calorie control remains key to losing or maintaining weight.

“This crucial part of the public health message is not appreciated in recommendations to be more active, walk up stairs and eat more fruits and vegetables,” Drs. Cooper and Luke said. “The prescription needs to be precise: There is only one effective way to lose weight — eat fewer calories.”

The food and beverage industry has tried to divert attention from calorie consumption by promoting the theory that lack of physical exercise is a major cause of obesity. For example, the New York Times recently reported that Coca-Cola, the world’s largest producer of sugary beverages, “is backing a new ‘science-based’ solution to the obesity crisis: To maintain a healthy weight, get more exercise and worry less about cutting calories.”

In the International Journal of Epidemiology, Drs. Luke and Cooper detailed the evidence that physical activity is not key to losing weight. Here are some examples:

• It’s often argued that low obesity rates in Africa, India and China are due in part to strenuous daily work routines. But the evidence does not support this notion. For example, African Americans tend to weigh more than Nigerians. But studies by Dr. Luke and colleagues found that when corrected for body size, Nigerians do not burn more calories through physical activity than African Americans.

• Extremely small proportions of the U.S. population engage in levels of energy expenditure at a sufficiently high level to affect long-term energy balance.

Since their International Journal of Epidemiology paper was published in 2013, evidence has mounted that physical activity does not influence obesity risk, Drs. Cooper and Luke said.

The above post is reprinted from materials provided by Loyola University Health System. Note: Materials may be edited for content and length.