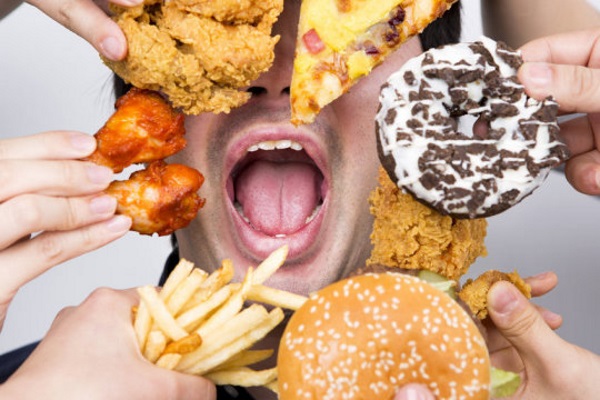 We hate to ruin Thanksgiving, but a new report appearing in the Nov. 2015 issue of The FASEB Journal suggests that for some people, overindulgence at the dinner table or at snack time is enough to trigger signs of metabolic disease. Specifically, in some people just one high-calorie shake was enough to make people with metabolic disease worse, while in others, relatively short periods of overeating trigger the beginnings of metabolic disease. This information could be particularly useful for health care providers, nutritionists, and others who counsel people on disease prevention and eating habits.

“Acute effects of diet are mostly small, but may have large consequences in the long run,” said Suzan Wopereis, Ph.D., a researcher involved in the work from TNO, Microbiology and Systems Biology Group in Zeist, The Netherlands. “Our novel approach allows detection of small but relevant effects, thereby contributing to the urgently needed switch from disease-care to health-care, aiming for a life-long optimal health and disease prevention.”

To make this discovery, Wopereis and colleagues used two groups of male volunteers. The first group included 10 healthy male volunteers. The second group included nine volunteers with metabolic syndrome and who had a combination of two or more risk factors for heart disease, such as unhealthy cholesterol levels, high blood pressure, high blood sugar, high blood lipids, and abdominal fat. Both groups had blood samples taken, before and after consuming a high-fat milk-shake. In these blood samples, the researchers measured 61 biomarkers, such as cholesterol and blood sugar. They found that biochemical processes related to sugar metabolism, fat metabolism and inflammation were abnormal in subjects with metabolic syndrome. The 10 healthy male volunteers were also given a snack diet consisting of an additional 1300 kcal per day, in the form of sweets and savory products such as candy bars, tarts, peanuts and crisps for four weeks. The response of the same 61 biomarkers to the challenge test was evaluated. Signaling molecules such as hormones regulating the control of sugar and fat metabolism and inflammation were changed, resembling the very subtle start of negative health effects similar to that affecting those with metabolic disease.

“Eating junk food is one of those situations where our brains say ‘yes’ and our bodies say ‘no,’” said Gerald Weissmann, M.D., Editor-in-Chief of The FASEB Journal. “Unfortunately for us, this report shows that we need to use our brains and listen to our bodies. Even one unhealthy snack has negative consequences that extend far beyond any pleasure it brings.”

The above post is reprinted from materials provided by Federation of American Societies for Experimental Biology. Note: Materials may be edited for content and length.