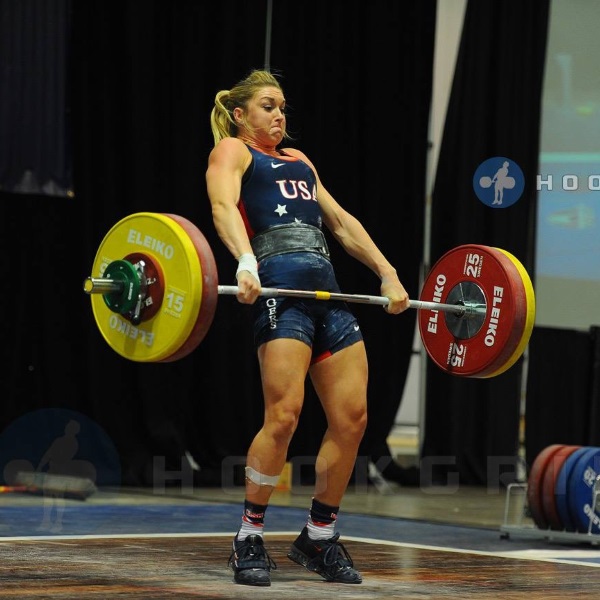 We couldn’t believe it when we saw it either. Olympic lifter Mattie Rogers was training for a possible Rio Olympics showing this Monday when the unthinkable happened.

After a routine snatch attempt, the barbell slipped out of her hands and as rounds things do rolled down the gym floor straight into a glass window! Needless to say Mattie was a bit shocked when the barbell went crashing through the front of the gym but hopefully the old saying “glass is cheap” holds true. Here’s the aftermath:

The good thing in all this is that Mattie may have found a geographical flaw in the placement of gym equipment in regards to glass windows and at the end of the day it was probably a good thing that Mattie showed the gym owners the vital flaw in their floor layout plan. But in all seriousness, sure the gym owners are probably nervously wringing their hands about the cost of fixing the window – but it’s all an honest mistake.

Sure, maybe Mattie could have acted quicker – but we’ll give her a pass because she’s a complete badass when it comes to Olympic weightlifting. So moral of the story? Mondays suck. Thank goodness we’re already half way through the week.