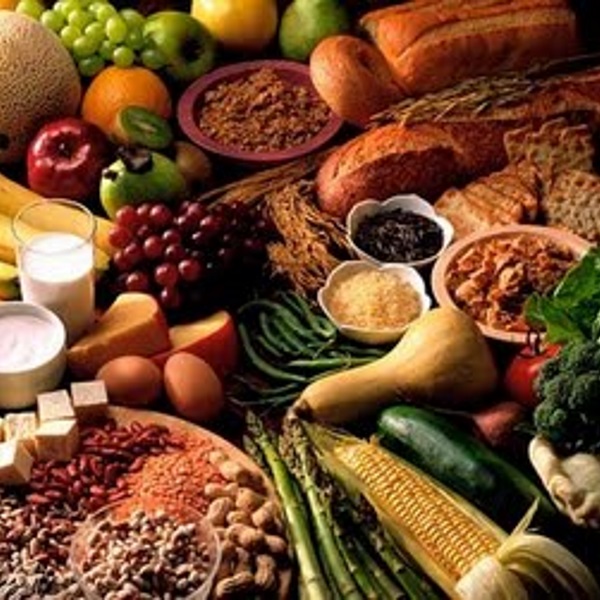 Apply these carb facts to build a custom nutrition profile that works uniquely with your body.

Slow-digesting carbs such as yams, wild rice, beans, red potatoes and fruits all come from mother nature. They’re not manufactured in a food-processing plant. Natural carbs are loaded with nutrients and fiber. They produce relatively slow increases in blood glucose and modest insulin release. They should be your first choice as a fuel source for energy and growth.

Refined sugar is quickly digested. Generally, the more processing involved in producing a carb food, the faster it digests. Bagels, dinner rolls, white bread, white rice, mashed potatoes, fat-free muffins, cold cereals, rice cakes and fruit juices require one or more processing steps in their manufacture. This creates a carbohydrate that hits the bloodstream quicker than the slow-digesting carbs listed in fact one and produces an insulin spike that is undesirable in most trainers, except immediately postworkout.

When you eat carbs, your body responds by releasing the hormone insulin. Insulin helps energize your training by pushing glucose, the basic energy unit found in carbs, into your muscle. Insulin also helps push protein into muscles, leading to growth. The downside of eating too many fast-digesting carbs and triggering insulin release is that it facilitates the conversion of any excess carbs to fat. The solution is to choose natural (slow-digesting) carbs and to consume them in amounts and at times that support your bodybuilding goals. Gram for gram, they release less insulin than fast-digesting carbs, helping you control your bodyfat levels.

Foods such as low-fat baked goods, Pop-Tarts, white bread and cold cereals are generally off-limits to bodybuilders, but they can be used occasionally by hardgainers –lean individuals who have a tough time adding bodyweight. These bodybuilders require a lot of carbs –as well as protein and healthy fats –to grow. The carbs help them maintain an anabolic environment. Refined foods exert a greater insulin surge than natural foods and also help increase appetite. For hardgainers, keeping appetite stimulated is one of the keys to adding bodyweight.

Fact 5: Take in slow- and medium-digesting carbs before training

When you train, your body uses carbs for energy. Your muscles rely on carbohydrates stored in muscle. The body also uses carbs that are still in the blood from a recent meal. The meal preceding your training ought to include slow-digesting carbs or a combination of slow- and medium-acting carbs. Slow-burning carbs can help prevent you from “crashing” during training, and the body can use some of those carbs for fuel as muscle glycogen stores become depleted. Carbs that digest somewhat faster include bananas, potatoes, brown rice, oranges, orange juice and pasta. These will be even more readily available for the body to draw on. Before training, though, avoid refined carbs such as those listed in fact two. Because they burn so rapidly, they can short circuit your energy by causing blood sugar levels to surge and fall, and that can make you feel weak.

Fact 6: Anything goes after training

The posttraining meal ought to be high in carbs, particularly fast-digesting carbs. Taking in plenty of slow- and fast-digesting carbs drives insulin levels up at the time the muscles are most sensitive to that effect. These elevated insulin levels resulting from the posttraining meal switch the body from a catabolic (muscle-losing) state into an anabolic state of muscle growth. You can feast on white bread, bagels with honey or jam, white rice, raisins, fat-free ice cream and even sugar directly after training. Depending on your goals and current condition, you may take in as much as .7 gram of carbs per pound of bodyweight. For example, a 200-pound bodybuilder would consume 120-140 grams of carbs at this meal along with 40-60 grams of protein, preferably from fast-digesting powder.

Although carbs can be classified as slow-, medium- and fast-digesting, other nutrition factors such as fiber, fats and protein all influence how quickly the carbs you eat get into your bloodstream. Fiber –found in veggies, fruit, beans, oats, and in the skin of yams and potatoes –can dramatically slow the delivery of carbs into the bloodstream. Combining white rice, a medium- to fast-digesting carb, with a cup of broccoli will slow the digestion of the rice. A side of black beans added to mashed potatoes will dramatically slow the speed at which the potatoes are digested. Dietary fats also slow the speed of digestion. Combining any protein food that contains fat –chicken, meat and whole eggs, for example –with any carb will slow the rate of carbohydrate digestion. If you’re trying to get lean, you can rely on fat-free sources of protein such as egg whites, turkey breast and fish. These will also slow the rate of digestion.

If you’re reducing bodyfat, but you find that dieting makes you hungry, try taking in small amounts of slow-digesting carbs at all meals except the posttraining meal. Slow-digesting carbs help control appetite better than fast-digesting ones. Consuming plenty of low-calorie veggies will bump up your fiber intake and further slow the digestion process. That will help you to control your appetite and make you feel full and satisfied –even when following a lower-calorie diet. Often, bodybuilders obsess about daily carbohydrate intake rather than emphasizing the type of carbs they consume. Because different types of carbs can have such divergent impacts on your body, it only makes sense to learn as much as you can about the varieties of carbs and to choose the foods that best suit your needs at various times throughout the day. – FLEX