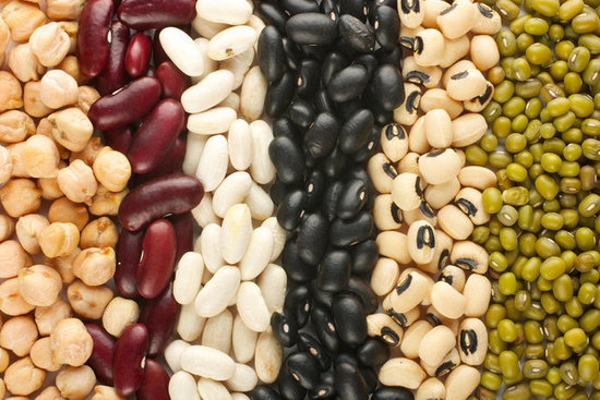 Beans can help elderly people live longer. An international group of epidemiologists made this discovery after following 785 people aged over 70 for 7 years. The more beans the old people ate each day, the lower their chance of dying.

Study
The researchers were collecting data for the WHO Food Habits in Later Life study. The aim of this study was to confirm the findings of Ancel Keys, who in the sixties carried out the Seven Countries Study: that the healthiest diet is one containing large amounts of whole grains, fruit and vegetables, little red meat, a small amount of dairy produce, little saturated fat but moderate amounts of olive oil, and sufficient chicken, fish and eggs. We now call this diet the Mediterranean diet.

The researchers studied 5 groups of over-seventies in Japan, Sweden, Australia and Greece. You can expect to live to a ripe age if you live in one of these 4 countries – if you eat healthily. [The researchers also studied a group of Australians originally from Greece.]

Results
The table below summarises the findings of the study. The bean intake is the strongest predictor of the likelihood of dying. For every 20 g beans that the elderly subjects ate each day, their chance of dying decreased by 8 percent. In second place come fish and shellfish – such as mussels, prawns, lobster and calamari. For every 20 g fish and shellfish that the subjects ate each day, their mortality risk decreased by 6 percent.

Conclusion
“Higher legume intake is the most protective dietary predictor of survival amongst the elderly, regardless of their ethnicity”, the researchers conclude. “The significance of legumes persisted even after controlling for age at enrolment, gender, and smoking. Legumes have been associated with long-lived food cultures such as the Japanese (soy, tofu, natto, miso), the Swedes (brown beans, peas), and the Mediterranean people (lentils, chickpeas, white beans)”.