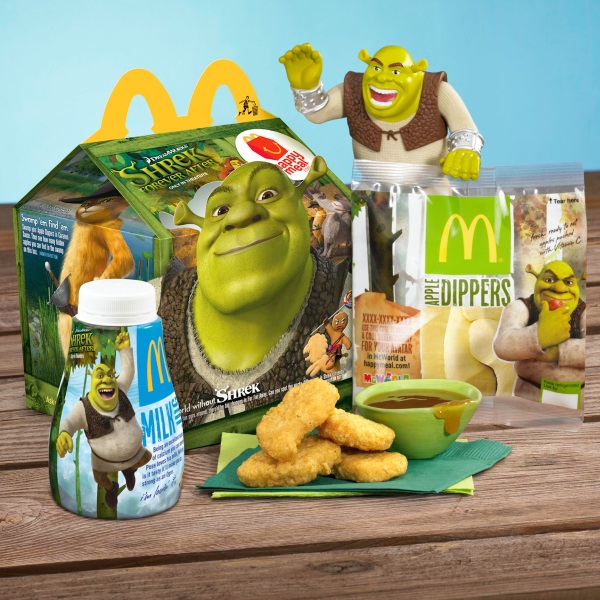 Small, uncertain incentives stimulate the same reward center of the brain as food, new brain-imaging research reveals. In a new article, the authors offer food for thought on why we overeat and how we can be just as happy not doing it.

Try this on for size: The Happy Meal could be the answer to our nation’s obesity epidemic. Not the actual contents of a McDonald’s kid’s meal, but the concept of it. Researchers from the University of Arizona’s Eller College of Management as well as the University of Southern California’s Marshall School of Business and Dornsife College of Letters, Arts and Sciences have found that offering a small incentive with a meal consistently motivates kids and adults to choose smaller portions.

According to functional magnetic resonance imaging (fMRI) studies, the brain responds to a small toy, gift card, or lottery ticket in the same way it does to a mouthwatering burger or cheese-slathered pizza.

In “Can Smaller Meals Make You Happy? Behavioral, Neurophysiological and Psychological Insights Into Motivating Smaller Portion Choice,” the authors offer food for thought on why we overeat and how we can be just as happy not doing it.

Great, right? But it gets better. Not only can a small prize motivate the healthier meal choice, but, in fact, the mere prospect of getting it is more motivating than the prize itself. In other words, the researchers found that people were more likely to choose a smaller meal for the chance to win a $10 lottery than to get a guaranteed reward. The premiums in the study were the chance to win $10, $50 or $100.

“The fact that participants were willing to substitute part of a tangible food item for the mere prospect of a relatively small monetary premium is intriguing,” said Martin Reimann. “Unlike the Happy Meal, which offers a toy every time, adults were willing to sacrifice calories for a gamble,” commented Deborah MacInnis

While participants identified their choices with various foods and incentives, researchers collected neuroimaging data with fMRIs. The results showed that the combination of half-sized portion and nonfood premium activates similar areas of the brain (specifically, the striatum which is associated with reward, desire and motivation) as the full-sized portion alone.

What’s more, people were strongly motivated to choose half a burger or pizza even if they were hungry. And they didn’t compensate by eating more calories later.

Desirability of the prize also impacts motivation, the researchers found. While uncertain prizes are highly motivating, further research showed that a vague possibility of winning frequent flyer miles (You could win!) was more effective than a probable contest that listed the odds (You have a 1 in 5 chance of winning.).

“One explanation for this finding is that possible premiums may be more emotionally evocative than certainty premiums,” said Reimann. “This emotional evocation is clearly present in gambling or sports contexts, where the uncertainty of winning provides added attraction and desirability through emotional ‘rushes’ and ‘thrills.’ The possibility of receiving a premium also evokes a state of hope for the premium’s receipt — a state that is in itself psychologically rewarding.”

MacInnis, Reimann and Bechara wrote that these findings imply that individuals can reward themselves for eating less food with nonfood items. “This substitution of rewards assists consumers in staying happy and satisfied,” they said.

Individuals could also celebrate other achievements, like a job promotion, with something other than food and still be happy.

“Similarly, we recommend that parents could reward and, thus, reinforce their children’s achievements with nonfood incentives, even uncertain ones, rather than with food,” the authors wrote. “As such, parents lessen the likelihood of linking good behavior to food intake, but instead link good behavior to the receipt of a nonfood incentive and, thus, avoid overeating.”

This research suggests a win-win solution for both consumers and firms.

“Restaurants and food manufacturers are, more often than not, interested in selling more food, not less,” Antoine Bechara said. “Our research provides a simple but powerful solution to unite these two, seemingly contradictory goals of selling more versus eating less.”

The above post is reprinted from materials provided by Cornell Food & Brand Lab. Note: Materials may be edited for content and length.