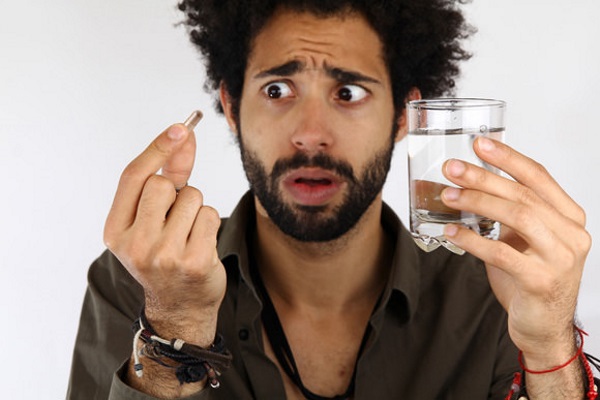 Losing weight can be extremely difficult.

Those who fail are more likely to seek solutions like dietary supplements and herbal medicines.

One of them is called forskolin, a natural plant compound claimed to be an impressive weight loss supplement.

This article takes a detailed look at forskolin and the science behind it.

What is Forskolin?
Forskolin is an active compound found in the roots of the Indian coleus (Coleus forskohlii), a tropical plant related to mint.

For centuries, this plant has been used in traditional herbal medicine to treat various conditions and diseases (2).

Modern scientific research has now shown that some of these health benefits may be true, or at least plausible.

As a weight-loss supplement, forskolin gained popularity in the US after being featured on the Dr. Oz Show in January 2014.

Bottom Line: Forskolin is an active compound found in the roots of the Indian coleus. It is sold as a weight-loss supplement.

How Does Forskolin Help With Weight Loss?
Many studies have investigated the effects of forskolin on fat metabolism.

Most of them are test-tube experiments or animal studies, so the result may not be applicable to humans.

Put simply, forskolin stimulates the release of stored fat from fat cells (3, 4, 5). The same thing happens whenever the body needs to use body fat for energy.

On its own, the release of stored fat is not enough to promote weight loss – it needs to be accompanied by a calorie deficit.

In other words, for weight loss to happen, energy expenditure (calories out) must exceed energy intake (calories in).

Weight loss supplements can support a calorie deficit by:

As far as we know, forskolin does not cause any of these things to happen.

However, clinical trials in humans have provided some promising results. It appears that forskolin may promote fat loss while preserving muscle mass (6).

These effects are discussed in the next chapter.

Bottom Line: Forskolin stimulates the release of stored fat from fat cells, an effect that does not necessarily cause weight loss.

Does Forskolin Actually Help You Lose Weight?
So far, only two small studies have investigated the effects of forskolin on weight loss in humans (6, 7).

Both of them were randomized controlled trials, the gold standard of scientific research in humans.

The largest trial recruited 30 overweight and obese men, who were then randomly assigned to two groups:

Compared to the placebo group, men who took forskolin lost significantly more fat, but total body weight did not change (6).

This is how body composition changed during the course of the study:

Additionally, there was a significant increase in free testosterone in the forskolin group. Testosterone can stimulate the release of fat from fat cells, which may partly explain the fat loss observed in the study (8).

A rise in testosterone can also promote an increase in muscle mass (8). In fact, there was a trend towards an increase in lean body mass in the forskolin group, but it was not statistically significant.

In the other study, 23 overweight women received the same dose of Coleus forskohlii (500 mg/day) for 12 weeks.

In contrast to the previous study, forskolin supplementation did not have any significant effects on fat loss, but the results suggested that forskolin may protect against weight gain (7).

In conclusion, 12-week supplementation with forskolin does not cause weight loss, but it may improve body composition in men and prevent weight gain in women.

All that being said, the current evidence is not strong enough to make any recommendations. More research is needed.

Bottom Line: Two studies have investigated the effect of forskolin on weight loss. In one of them, supplementation caused significant fat loss, but body weight remained constant.

Other Health Benefits of Forskolin Supplements
The Indian coleus plant (which contains Forskolin) has been a part of traditional herbal medicine for centuries.

It has been used to treat conditions such as heart disease, asthma, bronchitis and constipation (2).

In humans, forskolin supplements may also:

Bottom Line: Forskolin has been a part of traditional herbal medicine for ages. Limited evidence suggests that it may help alleviate asthma, increase bone density and stimulate testosterone formation.

Dosage, Side Effects and Where to Buy
The typical dosage of forskolin is 100-250 mg of Coleus forskohlii (10% forskolin), twice per day.

Forskolin does not appear to have any adverse effects in humans, but its safety profile has not been fully evaluated (6, 7).

If you want to buy a forskolin supplement despite the limited evidence, then there is a good selection on Amazon.

Should You Try Forskolin?
Based on the current evidence, it is clear that forskolin does not cause weight loss.

However, one study in men indicates that it may raise testosterone levels and improve body composition, as in making you lose fat while increasing muscle mass.

At this point, the evidence is way too limited to reach any meaningful conclusions.

As a general rule, it is a good idea to be skeptical of all weight loss supplements. Some of them show promise in early studies, only to be proven completely ineffective in larger, higher quality studies.