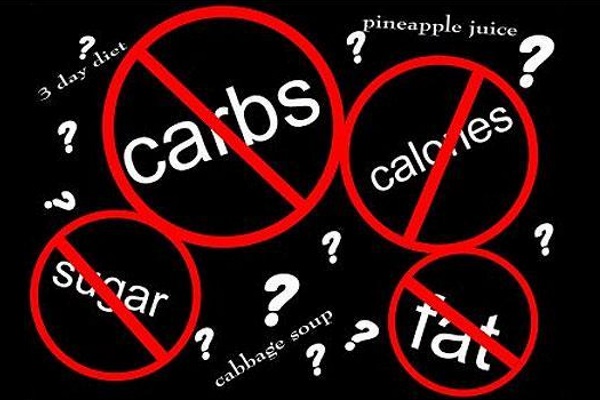 The best diet secret you need to apply to your life immediately is the information that is almost always hidden or avoided.

“Tell me the new nutrition secret that will blow my mind.”

After nearly 15 years of being asked this question, I guess it’s time to provide an answer. But I’ll be honest, I dread when people make this specific request and odds are you won’t like what I have to say.

Most nutrition secrets and the “best diets” are drenched in fear tactics and instant gratification promises that stretch reality. Don’t believe me? Keep reading and you’ll learn how almost every popular diet in the last 20 years is spiked with more than just a little deception.

We need to stop trying to bury individual foods. They are not the problem.

You can build muscle. You can burn fat. And heck, you can do both at the same time while eating wheat… although some might make you believe it’ll automatically blow up your gut no matter who you are.

An easier question is identifying what you shouldn’t do, like making up a “miracle diet” that demonizes foods and claims all that stands between you and the body you desire is dropping that glass of milk from breakfast.

The line between what works and what doesn’t has been erased, and now it’s nearly impossible to see what is real, what is anecdotal, and what has no place in the fitness industry whatsoever.

This should go without saying, but these are rarely the answers that anyone wants but they are the only solutions that have survived the test of time.

Want to know how to lose weight? Eat a majority of your foods from proteins, vegetables, fruits, and healthy fat sources. And yes, I said majority because there is always room for dessert.

I’ve had the honor of interviewing many of the fittest people in the world, and you know what? Most of them eat dessert, and not just on “cheat days.”

You can have your cake and see your abs too — as long as the cake isn’t a daily indulgence.

You’re told that carbs will make you fat by skyrocketing insulin. That bread and milk can’t be handled by your body. Gluten was created by Satan. Soy protein will give men boobs. All late-night calories are stored as fat. And eating too much protein will give you kidney problems.

The list goes on and on and on. Are there instances where someone might eat soy and end up with higher estrogen levels? Sure. Does that mean soy causes your testosterone levels to drop? Not if you read the research that shows it’s clearly not the case.

The same can be said about dairy (which is shown to help weight loss, especially in people that need to drop pounds the most), carbs at night (which has research alluding to how they might reduce body fat), and higher protein diets (which don’t harm healthy kidneys).

Most of what makes nutrition and fitness feel like a burden is more hype than help.

Don’t misunderstand the message: Food allergies are real — but only on an individual level. If you’re allergic to lactose, drinking milk is going to be a bad idea. And your stomach will remind you of this over and over again.

Same goes for gluten, eggs, soy, and a variety of other foods trigger reactions in your body in the same way that pollen crushes my sinuses each summer.

But this is where reality ends. We are not suffering a global epidemic of gluten-sensitive, lactose-fearing, kidney-damaged people.

Less than 2 percent of the population has gluten issues. Dairy and milk have been shown — multiple times — to build muscle and help with fat loss. Research at Stanford even suggests that not all organic foods are necessarily more nutritious than non-organic.

We walk a fine line between what we see works in the gym and in the kitchen and what we can prove is actually the truth.

Draw The Line and Enjoy Food

Remember the 1980s when we said “fat” was making people fat? Guess what? We started eating less dietary fat — significantly less, in fact — and the obesity rates skyrocketed. Research even went as far as showing that eating fat wasn’t making us fat , and yet the fear still remains today.

It happened again when we “identified” high fructose corn syrup as the root of all evil. Only HFCS intake didn’t end up being linked to eating more foods or greater weight gain, and we all became fatter. Again. Notice a disturbing trend? We don’t need more diets that claim to be the ultimate solution.

We need to stop trying to bury individual foods. They are not the problem.

Restrictive diets that follow dogmatic approaches and make your life miserable are the enemy.

There’s something special to “do what works for your body.” Just make sure you’re reasoning starts and ends with, “It works for me.”

There’s something dangerous to making over-generalized claims that cause a domino effect of eating behaviors of which we’ll only see the potential dangers down the line. Or even worse — the fear of food and restrictive nature will make people feel like good nutrition is limited, and that living a healthier life is impossible. After all, this is the real reason why so many people are always on and off of diets in a vicious cycle that teaches learned helplessness.

Use new research to question your approach, not define it. And let the basics lead the way.

Most diets share about 90 percent of ideas in common. The other 10 percent cause unnecessary battles.

Instead of fighting about what is “best,” don’t buy into the hype and instead give the diet that sounds good a try.

There are many ways to eat your way to the body you want. The best one for you might not be the ideal fit for your best friend who does something completely different. And guess what? Both approaches might be right. Because in the end, finding what works for you is really all that matters.

Maybe that’s the only “new” message that really needs to spread.