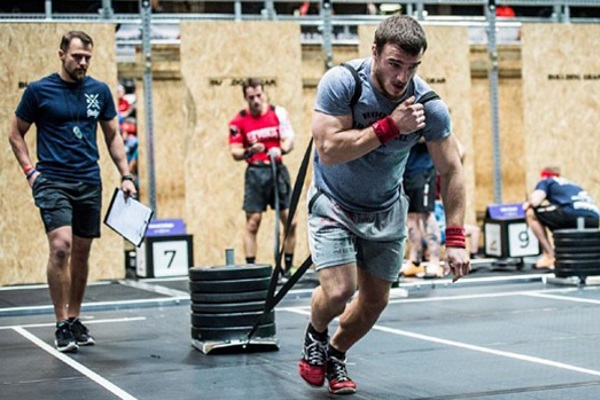 The Hater’s Point of View
I used to be one of them. A CrossFit hater.

Then I began to work with top CrossFit athletes, tried it myself, and then started analyzing it to be a more effective coach for those I work with.

I don’t know why there are still CrossFit haters. At first – several years back – the attitude of a select few CrossFitters might have been the reason. But that attitude was nothing out of the ordinary for a group of people doing a fringe activity.

As it got more mainstream, the elitist attitudes all but disappeared. And the current top athletes are among the most humble, approachable, open to suggestions, and helpful people I’ve encountered.

But What About Bad Form and Programming!
Haters also point to the programing and bad form used during group classes. It’s much better now. As a group, CrossFitters, even recreational ones, are generally always looking to improve.

My lifting techniques classes are always full of “average Joes” who want to get better technically, same with the gymnastic classes given by my friend. And frankly I’ve seen just as much bad form in commercial gyms from people doing bodybuilding training.

Bad form on biceps curls and lateral raises is more idiotic than what you used to see in CrossFit classes.

Haters be damned, CrossFit is not a fad. It’s steadily growing in popularity and has reached mainstream acceptance. Something that no other lifting sport ever achieved. For that reason, it’s here to stay.

Why is it so popular? Why are more and more people eager to challenge themselves and suffer so much on a daily basis? Here are the main reasons.

The Joe Buck Syndrome
Many years ago I was training TV sports caster, Joe Buck. Joe calls baseball and football games. He loves sports and mingles with present and former athletes all the time. But he’s not an athlete himself.

I remember one day after one of our sessions (I used a lot of complexes, sled pulling, and tire flipping even back then) he was gassed. Hold me, “You know what I like about our sessions? I always leave feeling that I’ve accomplished something.”

We’re all a lot like Joe Buck. We love sports, admire athletes, and maybe even wanted to be one, but lacked the skill.

When it comes to CrossFit-style training, you do tons of athletic movements that make you feel like an athlete. You simply don’t get the same feeling with bodybuilding or everyday “average” training.

This may also explain why obstacle races are popping up everywhere.

The Pokemon Principle
Remember the slogan for Pokemon? “Collect them all.”

I was too old to collect Pokemon toys, but I lived the same thing with baseball cards. It was such a thrill to get a card you didn’t have. You were one more step toward getting the complete collection. We would all be willing to buy 10-15 packs just to get that one card that eluded us.

You find a very similar phenomenon in CrossFit: Collect all skills.

It’s common to hear something like, “Do you have your muscle-ups yet?” or “How’s your squat snatch?”

Each complex movement takes some time to “get.” And it’s fun when you finally succeed in a new one, getting you closer to mastering all the skills necessary to be a good CrossFitter. It’s the same thrill as getting a card or Pokemon that was missing from your collection.

The difference is that with skills you have to work hard to acquire them. So it’s even more rewarding. When my wife completed her first rope climbs, she talked about it for days and actually had me go to the gym with her to show me.

The skills that are more complex require many sub-skills that you have to progress through to reach the final end. This way you actually get the feeling that you’re moving in the right direction – not spinning your wheels. When you get people this excited then you’ve got something.

I’m still waiting for someone to be excited because he was able to do a triceps kickback or biceps curl: “Yeah bro, I’ve been working on it for two months, but I finally got my preacher curl!”

The Training Camp
One of the most effective ways to make a team out of a heterogeneous group is to give them hell. Those who suffer together stick together. This is a principle that has been used by the military and team sports for what seems to be forever.

You find the same thing in CrossFit classes: people who work hard and suffer together develop a sense of proximity and belonging. Most human beings want to feel like they belong to something. It’s a basic need that we have and CrossFit is conductive to that.

I’ve seen groups of people who didn’t know each other, coming from very different backgrounds, form new groups of friends then have group outings, barbeques and such, together.

Another basic human need is recognition. By working hard with others doing the same things, you get a sense that they respect and understand you. And that’s also a very big thing.

Sure, there’s marketing involved, but filling many voids among the basic psychological needs of individuals is a much more important reason for the success of CrossFit. It’s also why it’s not a fad.

So if you’re a hater, you’re going to be hurting for a very long time. Because CrossFit is here to stay.