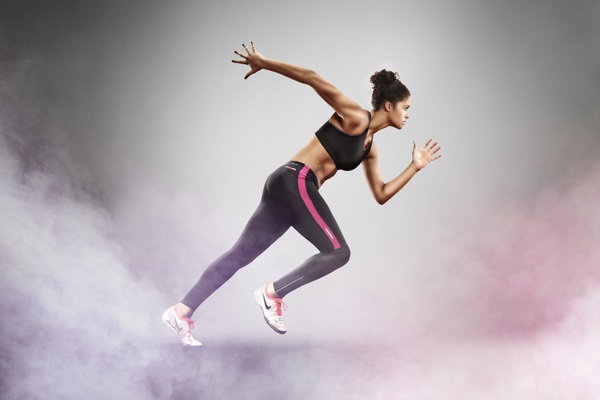 Footballers, sprinters and athletes who do sports that require repeated explosive bursts could benefit from combining creatine with caffeine. After loading up with creatine for a couple of days they perform even better if they then add a dose of caffeine, according to sports scientists from Taiwan in the European Journal of Applied Physiology.

Caffeine & creatine
In muscle cells, the creatine molecule [structural formula shown here] functions like a battery. The cell attaches phosphate groups to the creatine molecule, which in turn passes them on to make sure the energy molecule ATP has sufficient phosphate. When muscles contract actively and in rapid succession, as they do for example during strength training or sprints, the muscle cells are dependent on the amount of ATP that’s available.

Caffeine makes cells more sensitive to adrenalin and boosts the metabolic rate of muscle cells. But caffeine also shifts the muscle cells’ metabolism in the direction of processes you associate more with endurance sports and continuous physical activity. Continuous administration of caffeine activates the enzyme AMPK and stimulates fat burning, but reduces the amount of ATP.

So heavy continuous doses of caffeine reduce the effect of creatine supplementation. Nevertheless, athletes can benefit from both substances if they start by using little or no caffeine for a couple of days, then load up with creatine, and an hour before a match, competition or training session they take caffeine. In their study the Taiwanese also looked at whether this also worked for athletes who have to make several short sprints in quick succession. And yes, it did work.

Study
The researchers gave 12 physically active students 0.3 g creatine per kg bodyweight for 5 days. For a student weighing 80 kg that amounts to 24 g per day. The students’ creatine dose was divided over 4 moments in the day.

On day 6, the students took 6 mg caffeine per kg bodyweight, 60 minutes before they had to sprint. That’s the equivalent of 480 mg for a student weighing 80 kg.

The researchers repeated the procedure with placebos.

Results
The figure below shows how much power the students managed to generate by sprinting on the bike as hard as they could. Between the sprint bursts the students cycled for 60 seconds at a moderate speed.

When the students took caffeine-creatine their heartbeat was slightly higher, and their blood contained a little more lactic acid and glucose.

Conclusion
“Caffeine might not attenuate the ergogenic benefits of creatine, if the ingestion of caffeine occurred after the creatine loading phase”, the Taiwanese summarise. “The practical recommendation of this study is to supplement with caffeine before intense exercise, if athletes would like to augment the ergogenic effects of creatine.”