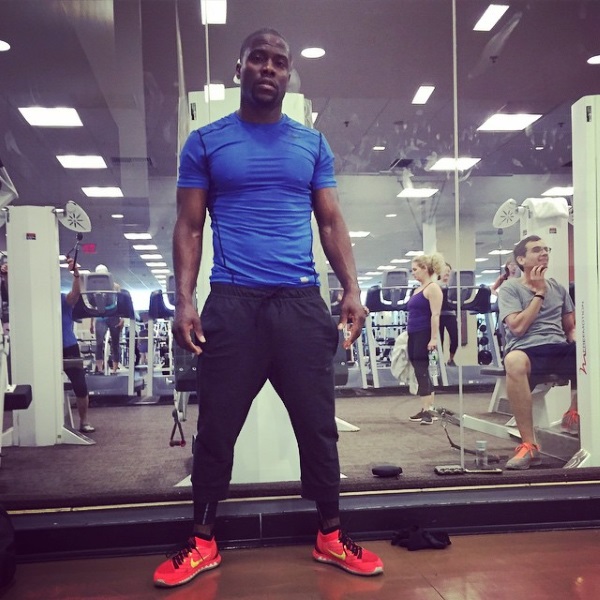 When fans think of Kevin Hart, they think of a very funny, very short comedian. Which isn’t incorrect, since the 5-foot-4 Hart is always joking about his height. But fans might not know how hard he works, not only in his entertainment career, but also in the gym. Nike just released a behind-the-scenes look at Kevin Hart’s closed-door training workout, and, man, it is impressive.

Hart wanted to change his body for the better so he could give fans what they deserve. In Nike’s “Inner Strength” video, he says, “I got a good look at myself on camera one day, and I thought to myself, people are paying money to see me. If I’m nowhere near the top of my game, then I’m cheating those who support me the most.”

Hart adopted a “no excuses, no days off” mentality and started working out whenever he could within his busy schedule. Whether at 5:30 in the morning or after a long day’s work at night, he gets his workouts in.

In this video, Hart does exercises from Push-Ups to Heavy Rope Slams, from Hanging Crunches to Dumbbell Shoulder Flys. It should give fans a newfound respect for Kevin Hart. Watch it below: