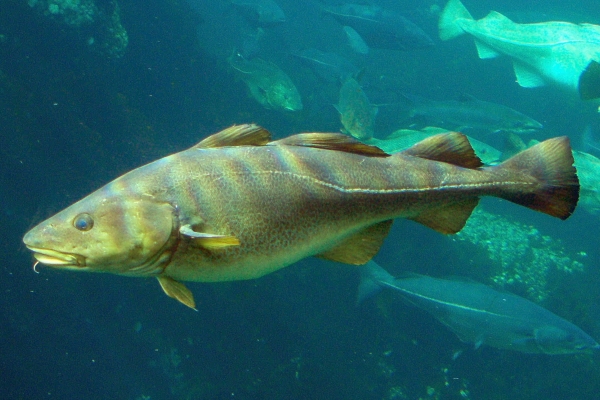 A diet that is rich in cod-protein lowers the concentration of the inflammatory protein C-reactive protein (CRP). That’s good news, because a high concentration of this protein is associated with an increased risk of diabetes, high blood pressure, stroke and heart attack. Canadian researchers stumbled across the anti-inflammatory effect of cod protein while doing an experiment with twenty diabetics.

CP is the cod diet in the table below. CP stands for cod protein. BPVEM is the abbreviation for the other diet, in which beef, pork, veal, eggs, milk and milk products were the protein sources. As you can see, the CP diet lowered the CRP concentration.

The reduction they measured is relevant, according to the Canadians. “The reduction in hsCRP was similar to that observed with thiazolidinediones, statin therapy, or lifestyle interventions, all of which have been shown to decrease the risk of type 2 diabetes and/or cardiovascular disease.”

The test subjects also lost one kilogram in weight on both the CP and the BPVEM diet. As the test subjects were overweight this amounted to one percent of their bodyweight. The slimming effect is probably a result of the proteins. In a normal Western diet about fifteen percent of the energy is derived from protein. The test subjects therefore got a mild protein diet. Nutritionists are now convinced that a diet with more protein causes weight loss.

Taurine
The anti-inflammatory effect of the CP-diet is due to taurine, the Canadians believe. Taurine is present in relatively high quantities in fish protein [no, not just in cod]. Taurine is an anti-inflammatory. Omega-3 fatty acids probably do not play a big role in this case.

The relevance of the Canadian research for bodybuilders is obvious. It’s a handy tip for athletes who want to consume a large amount of protein, but in a healthy way.