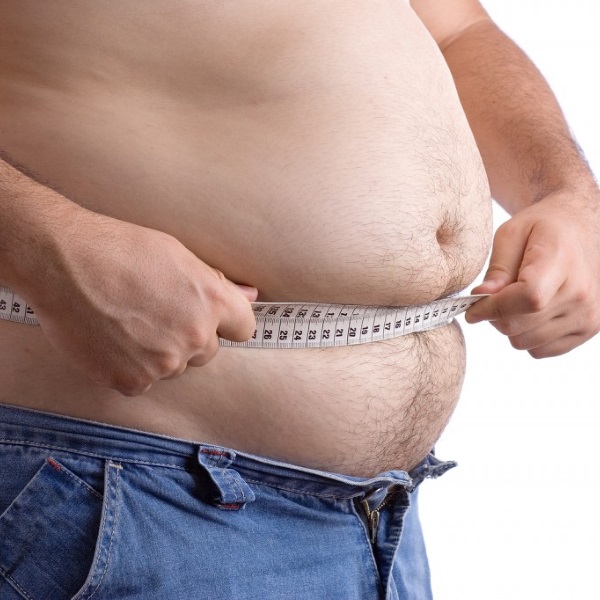 Popular diets will insist that low glycemic foods and low-carb diets are the keys to weight loss. Here’s why the most important part of the fight against “belly fat” is oftentimes ignored in diet books and articles.

Editor’s note: This article is about drawing the line in the search for honest reporting on weight gain, fat loss, and the growing concern about “belly fat.” It was originally scheduled to be published on a mainstream media site. But one editorial request for clarity turned into another for additional research, turned into a game with one agenda: no desire to post an article that clearly opposes a vested interest in a popular book.

At Born Fitness, we have one agenda: look at information objectively, translate information, and help you figure out how to apply it to your life. This post is an honest, balanced review on popular diet methods, or as most people think of it: how to lose belly fat. That’s why we worked with Dr. Mike Israetel, a professor of exercise science at Temple University, to review what science really reveals about weight loss, and challenges a popular opinion on weight gain. Whether you agree or disagree with the ideas and research shared, it’s important that open discussion is not censored. -AB

Most studies simply do not demonstrate a detectable effect of the glycemic index on weight gain or loss.

In a recent interview with the New York Times, Harvard nutrition professor Dr. David Ludwig previewed some of the basics of his new book, Always Hungry, which proposes a solution to the problems of obesity that plague much of the western world today.

While many of his ideas seem rational and justified, too much of his thinking seems to run counter to the best current understandings of most other experts in the field of nutrition, health, and obesity. Here’s an inside look at Ludwig’s claims based on his New York Times article, and what we know about weight gain and fat loss.

The Glycemic Index and Weight Loss: The Broken Model

The claim: “In his new book, “Always Hungry?” Ludwig argues that the primary driver of obesity today is not an excess of calories per se, but an excess of high glycemic foods like sugar, refined grains, and other processed carbohydrates.”

Behind the Science: There are several problematic elements with the claim that high glycemic index (GI) foods are mostly to blame for current obesity rates. The most straightforward are that multiple peer-reviewed research trials on the effects of low vs. high glycemic index foods on weight loss have shown that results are similar.

While some studies show that high GI foods affect weight loss negatively and might help cause weight gain, most of the studies show no such effects. That’s right, most studies simply do not demonstrate a detectable effect of the glycemic index on weight gain or loss.

Even if we assume that high GI foods are a big part of the problem, this leaves most of our worst criminals on the streets, so to speak. Cookies, ice cream, pizza, burgers, shakes, potato chips and candy bars are almost all low GI foods. How can this be with all that sugar and those processed carbs they are loaded with?

You see, the presence of fat lowers the glycemic index of any food. The more fat, the lower the GI, even if there’s lots of sugar too.

That’s why brown rice has a GI of about 50 (out of 100), but premium ice cream can have a GI under 40. Are we really ready to claim that brown rice is worse for obesity than ice cream? If we accept one of the central concepts of the “insulin hypothesis” as undeniable, then we have to apply the principle equally for all foods, meaning ice cream is good for weight loss.

The truth is, the relationship between insulin, the glycemic index, and obesity is complicated, but also overstated. Without an excess of calories, all the high-GI food in the world won’t make you fat.

That’s not to say insulin isn’t a contributing factor to weight loss and weight gain. The study of obesity has made it very clear that it’s a complex disease.

There might be a small role for insulin to play in contributing obesity, but something being a small contributor is not nearly the same thing as it being the primary cause. It’s much more likely that tasty, high-calorie foods, such as ice cream, are just much easier to overeat than unprocessed or naturally sweetened foods, and that’s a primary reason why diets high in junk food cause weight gain

The claim: “Simply cutting back on calories as we’ve been told actually makes the situation worse. Our body responds by increasing hunger and slowing metabolism.”

Behind the Science: It’s absolutely true that cutting back on calories slows your metabolism and can increase hunger. But slow (1% weight loss per week) and steady reductions in eating, combined with increases in activity and exercise have a very small effect on increasing hunger and slowing the metabolism.

In fact, consider the following scenario to help understand weight loss, and how food selection is not the only way to create change.

Let’s say you take someone who is 250 pounds and have them lose 10 percent of their weight and then completely take a break for their fat loss plan. In this scenario, the person would now be 225 pounds after a few months on a plan.

After the break, the subject’s metabolism would speed back up to its normal levels for their current body weight and hunger cravings would return to normal.

This re-setting of the body weight set point is something Ludwig discusses, but it can be done with planned weight loss breaks, and not just with glycemic index reduction and special food selection. None of this is very controversial in the study of obesity.

The big question is: how do we keep people at that new weight or perhaps even get them lower?

Research has shown that after people leave weight loss studies and are no longer monitored or told what to eat, most (in many cases exceeding 90%) will return to their previous weights over time, and many will go up even higher.

And here’s maybe the most important consideration: this happens with essentially every single kind of diet that’s ever been studied, and low glycemic “natural foods” diets are no exception.

Left to their own devices, most obese people will get right back to making the kinds of choices that lead to weight regain.

The big question in obesity research is not how to lose weight…that we know. It’s how to keep it off in the real world, even without special metabolic slowdowns or hunger cravings to account for.

The claim: “We think of obesity as a state of excess, but it’s really more akin to a state of starvation. If the fat cells are storing too many calories, the brain doesn’t have access to enough to make sure that metabolism runs properly.”

The Claim: “Put biology on your side by eating the right way, and weight loss will occur naturally as a fever would break if you treat the underlying cause of the fever.”

Behind the Science: Within this statement is a claim. The claim is that if you do things the right way, you’ll lose weight easily and effectively, and your life will change for the better.

The problem is that while it’s true for the kind of diet Ludwig supports, but it’s also true for almost every other kind of diet ever tested. So long as the diet reduces daily calorie intake, weight loss occurs.

The big problem is that such weight loss, again, from nearly all diet types, doesn’t seem to be very sustainable in the real world by real people over the course of months and years after the weight loss has occurred. There is no evidence to suggest that Ludwig’s proposed low GI whole foods diet does any better of a job retaining losses in the long-term than most any other diet that’s been studied, including low-fat, low-carb, low-sugar, or the “you-name-it” diet.

The Claim The underlying cause of obesity is not obesity…“It’s the low fat, very high carbohydrate diet we’ve been eating for the last 40 years, which raises levels of the hormone insulin and programs fat cells to go into calorie storage overdrive.”

Behind the Science: There is a very big problem with this statement. The problem is that Americans have not been consuming a low-fat, very high-carbohydrate diet for the last 40 years.

Average levels of fat intake have been about the same over that time for the average American, it’s just that carb intake went up so much more.

Yes, various national governing bodies on nutrition and health have advised Americans to eat less fat and more grains over this time frame. But it seems Americans only heard part of that message and just added the carbs but never reduced the fats!

To say that Americans eat a low fat diet is simply not true by any definition of what “low fat” really means. What Americans have been doing is eating many more calories, and that’s a sure way to gain weight no matter where those calories come from.

Another potentially erroneous conclusion that could be drawn from this statement is that low fat, higher carbohydrate diets have been reliably shown to lead to weight gain as opposed to higher fat, lower carbohydrate diets. This is not remotely the case.

Dr. Ludwig’s views are not totally at odds with the current status of the scientific literature. In fact, his approach has quite a few potentially healthy and effective elements.

High-glycemic foods might have some role in keeping hunger levels higher for the same calories as low glycemic foods. However, high GI foods are not always low in satiation power and vice versa.

There is an independent and more useful measure of a food’s direct effect on hunger, called the Satiety Index, and it doesn’t always mesh with the glycemic index. For example, white potatoes are very high on the GI-ranking but are one of the most satiating carb sources.

Whole foods tend to have much higher levels of vitamins, minerals, phytochemicals and fiber than processed foods, making them healthier choices regardless of your body weight. They are also usually much more satiating for the same amount of calories, so over-eating is going to be more difficult.

By eating highly nutrient dense foods that have more powerful effects on making you full and keeping you full, you stand a higher chance of losing weight and keeping it off. Fundamentally, the basic causes of the modern obesity epidemic are:

Delicious food has been shown to cause more cravings for delicious food, as this detailed research describes. The problem with short-term weight loss is that most people will go back to making the same choices for tasty foods that they were making before they followed a weight loss diet. These choices will lead to more eating, and calorie intakes go up once again to previous levels.

In order to put a real dent in the obesity epidemic, controlling cravings may be a powerful weapon. But in his proposed solution, Dr. Ludwig demonizes and targets a false enemy in glycemic carbohydrates. Yes, limiting them might be a part of the way forward, but rhetoric suggesting that calories don’t matter for weight loss doesn’t serve any beneficial purpose.

Ultimately, (barring a pharmaceutical cure) successfully countering weight gain and obesity and is a combination of many nutrition and behavioral principles that keep the fundamentals (like calorie balance) in mind. Catch-phrase demonization of a single nutrient and a magic-bullet cure is unlikely to ever be the solution, and–in fact–more likely to create more problems and confusion about how to fight obesity.