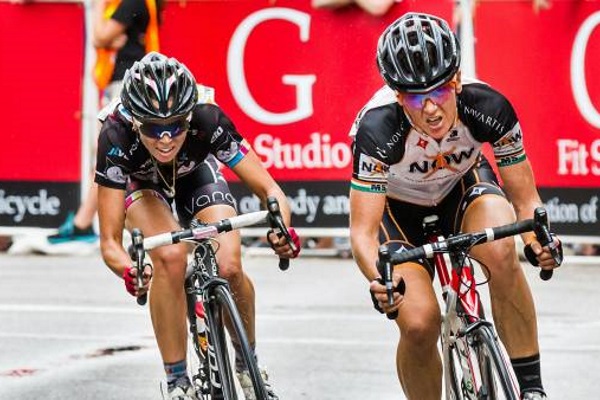 Exercise is critical for health, longevity, and quality of life. Experts universally agree that everyone should participate in both endurance-oriented and strength-oriented activities several times per week.

Unfortunately, most people don’t follow this advice, often citing lack of time as a major obstacle. This lack of time, along with other factors, helps drive interest in programs like CrossFit, which seeks to build both strength and endurance through short, high-intensity workouts. Yet such programs also inspire fierce debate among coaches and exercise scientists. What about overtraining? Won’t the emphasis on strength undermine endurance gains, or vice versa?

Some of these critiques confuse the needs of specialized athletes with those of ordinary people trying to stay fit. There is little argument over the need for sport-specific programming for elite athletes. But for the rest of us, how much does programming matter? Is it advisable to combine strength and endurance training in a single session, or are shorter sessions focused on just one exercise modality more useful? It turns out very few studies examine this question, and those that do have generally been quite short, which is why the research discussed here is important.

This study followed 101 men and women through 24 weeks of a combined strength and endurance program. Of 140 subjects recruited for the study, 39 either failed to adhere to the program or dropped out altogether. The subjects were in their twenties and thirties, healthy, and moderately active before the study began, but had never engaged in systematic strength or endurance training.

All three groups participated in a periodized program combining moderate and vigorous aerobic exercise with hypertrophic and maximal strength exercises. Volume increased over the course of the program, with the AD group training 4-6 days per week, and the other two groups training 2-3 days per week. Total volume was matched across all three groups.

After 24 weeks, researchers collected a number of cardiorespiratory metrics, including VO2 max, sub-maximal oxygen consumption, and power output at the anaerobic threshold. They also measured leg strength as a one rep maximum (1RM) on a horizontal leg press.

The study was notable as much for what it didn’t find as what it did. Exercise order (SE versus ES) made no difference in either peak or sub-maximal oxygen consumption. Other studies have found that strength exercise reduces movement economy, so it is possible that the workload in this program was low enough and recovery time between sessions high enough to overcome such effects. The program (AD versus SE or ES) also made no difference in 1RM improvement at the end of the 24 weeks, although in women the AD group showed a greater increase at week twelve than the ES group.

On the other hand, programming did make a difference in several other areas. For both men and women, the AD and SE groups saw slightly more improvement in power output at the anaerobic threshold than the ES group. In women, but not men, the ES group saw larger improvements in sub-maximal oxygen consumption than the AD group did. However, the mechanisms responsible for these effects are not clear, and other studies have given different results.

By far the most dramatic impact was seen in VO2 max. Here, the advantages of the AD program were clear. In both men and women, the AD group saw twice as much improvement as both the ES and SE groups. Further research is needed to understand this effect. On one hand, it’s possible the higher volume of combined sessions induced an overtraining state. The volume of the combined strength plus endurance training sessions (60-100 minutes per session) was relatively high for previously untrained subjects.

Moreover, while the intensity of the endurance program was moderate at the beginning, the strength training portion used heavy or maximal loads for most of the training weeks. The total stress may have compromised aerobic adaptations. On the other hand, it is equally plausible to suppose that the higher training frequency – and more frequent training stimuli – in the AD program forced more significant adaptations.

The Key Question to Consider

Overall, it turns out even programming for general fitness should consider the key question: “What are you training for?” Most activities of daily living do not require peak oxygen consumption, so the improvements in sub-maximal oxygen consumption provided by the ES program may be more valuable for some individuals. However, for those who seek to increase their absolute aerobic capacity and can also accommodate more training sessions per week, the advantages of the AD approach are clear.

What You Really Need to Know

HOWEVER, THIS COMBINED TRAINING DOES UNDERMINE IMPROVEMENTS IN AEROBIC CAPACITY. THE ADVANTAGES OF LESS FREQUENT TRAINING DAYS MUST BE BALANCED AGAINST THE INDIVIDUAL ATHLETE’S GOALS.