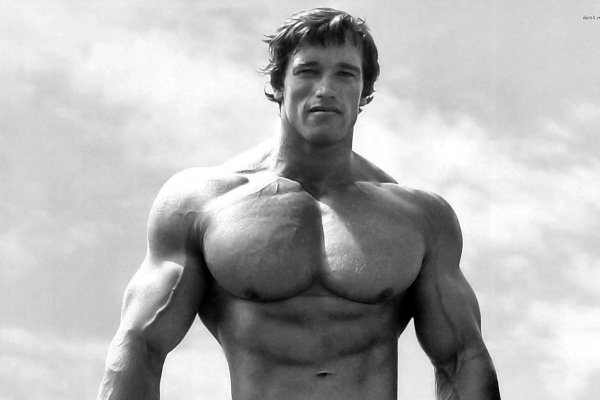 QUESTION – “My chest fattens out completely when I raise my arms overhead. Is there any way to fx it?” Henry A., via Facebook

ANSWER – I’ve known many bodybuilders with outstanding physiques whose careers were held back because of lackluster pec development. They looked barrel-chested when they performed most muscular poses, but when they raised their arms for a front double biceps or ab pose, their pecs did a disappearing act. I felt like telling them they should have entered a magic show instead—it was a real “now you see it, now you don’t” effect.

Of course your pecs are going to elongate when you raise your arms, but truly dense, powerful pectoral muscles don’t vanish outright. They should still be thick under the clavicle by the shoulder and slope downward to the solar plexus. Look at Steve Reeves’ chest, or Reg Park’s, or mine—our pecs still looked well developed even when we hit poses that weren’t intended to feature them.

The solution to the problem is simply being more thorough with your chest training. You have to work the pecs at a variety of angles.

Try this: Do three sets of presses on a 15-degree incline. Then three sets at 30 degrees. Continue at 45 degrees and then 60 degrees. This approach hits every possible pec fiber for complete development. Stick with this and people won’t believe their eyes when they see your chest—not because it suddenly disappeared, but because they can’t miss it.