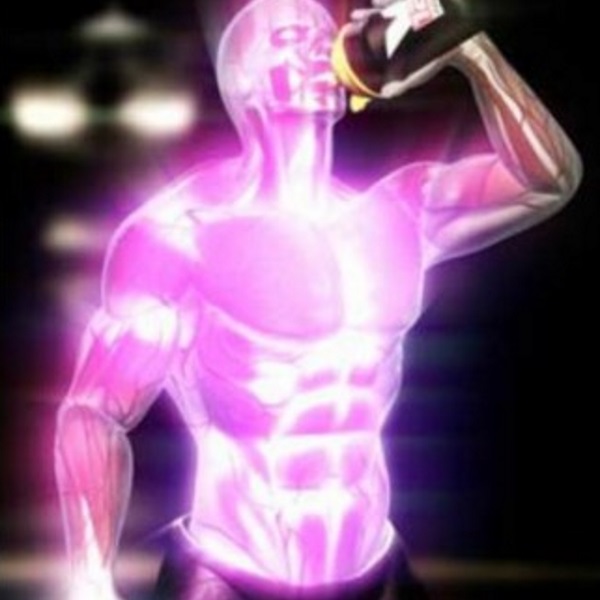 Before creatine, arginine and whey protein came to dominate the supplements market, the BCAAs were the most popular muscle boosters among the bodybuilders.

Nowadays the branched-chain amino acids have once again regained their popularity, as it has been proven that they very efficient in stimulating muscle growth, increase the strength and energy, and even promote fat loss. If you are still unsure that you should include them in your supplements plan, we provide you with a detailed account of their benefits.

The BCAAs consist of three vitally important amino acids: valine, leucine and isoleucine. Each of their molecules have a notched extension resembling a branch, hence the name branched-chain amino acids. Although there are about 20 amino acids used for muscle growth, the BCAAs are probably the most important in muscle growth. Namely, these three account for a third of the total aminos found in our muscles.

One of the most interesting properties of the BCAAs is how the liver processes them. When you introduce aminos in your body (whether in their individual form or as protein) it first sends them to your liver where they are processed and used for energy instead for rebuilding the muscle cells. The BCAAs, however, are spared and the liver sends them directly to the muscles where they can be used either as a fuel or for building up muscle tissue.

This property of the BCAAs allows them to perform a twofold function. First of all, they can be used as fuel directly in the muscles. Their second function is to participate in muscle building during the recovery period. These two function also determine the best timing for BCAAs supplementation. To rip the full benefits, it’s crucial to take them both before and after workout.

Since our muscles use the BCAAs for fuel during the workout they can deplete them of the needed aminos. You can remedy this problem by supplementing the BCAAs immediately before the training. This will improve your energy levels by providing the muscles with direct injection of aminos.

In addition to providing readymade fuel, the BCAAs participate in increasing your energy by influencing another chemical mechanism which involves the brain. According to a French study, the 5 hydroxytryptamine (5-HT) is signaling the brain that your body is tired, and as a result your strength and stamina are reduced. It’s production is triggered by the amino acid tryptophan, which can be annulled with the valine found in BCAAs. Several studies show that you can reduce the tryptophan’s activity by taking BCAAs before workout, thus reducing the 5-HT levels and resulting sense of fatigue. This will translate in greater capability to workout, which is the first premise for muscle growth.

Although increasing your energy levels is important, it’s the BCAAs capability to boost muscle growth that make them even more interesting for the bodybuilders. They are have an ability to directly stimulate the synthesis of proteins in the muscles, and initiating their build-up.

According to the research, leucine is the most important of the three BCAA’s in terms of protein synthesis. This amino acid unlocks the protein synthesis within the muscles. It also can help in boosting the insulin levels. This hormone is also involved in stimulating protein synthesis, using a slightly different mechanism. In other words, the effect of leucine on protein sunthesis is twofold.

The BCAAs also suppress the effect of the cortisol. This catabolic hormone has negative effect on muscle growth. According to the research a regular consumption of BCAA can lower the levels of cortisol in your body during and after training.

In addition to providing you with increased energy and faster muscle growth, BCAAs also boost your muscle strength. Several separate studies report increased muscle strength in subjects taking BCAAs compared to those taking placebo. The first one comes from Italy, where the subjects have increased their grip strength after two days of supplementation. The second one was conducted at the California State University, with the research focusing on the effect of BCAAs on leg muscles. The subjects were supplemented with BCAAs for eight weeks and followed weight training program for their leg muscles. They showed an increase of testosterone production, and reduced muscle breakdown. Their results are confirmed by other studies that also report reduced post-training muscle breakdown and improved muscle recovery.

According to a 1997 performed among competitive wrestlers, a BCAAs supplementation coupled with low-calorie diet, results in improved fat loss, especially in the abdominal area.

This property of the BCAAs may again be due to the leucine’s ability to stimulate protein synthesis. As a result of the increased protein synthesis, the body uses more energy, which accounts for the fat loss.

A University of Cincinnati study reports that leucine can trick the brain to think that our body is not hungry. They’ve tested this property on rats, who were injected with leucine directly in their brains. After the treatment, they showed reduced signs of hunger and gained less fat. According to them, this may be due to the fact that brain uses the leucine levels as an indicator how much aminos we have in our bodies. When we supplement leucine during the day, we trick our body that we abound in available energy and that we don’t need food. As a result, we don’t feel as hungry.

Having all this in mind, we could freely say that BCAAs are highly recommendable for your diet. However, it’s also important how much you’ll take and when to take them. We recommend sticking to four daily doses, with 5-10 grams of BCAAs per dose. Divide these four doses throughout the day. Take one in the morning, one 30 minutes before workout, one 30 minutes after workout, and take the last dose at the end of the day.