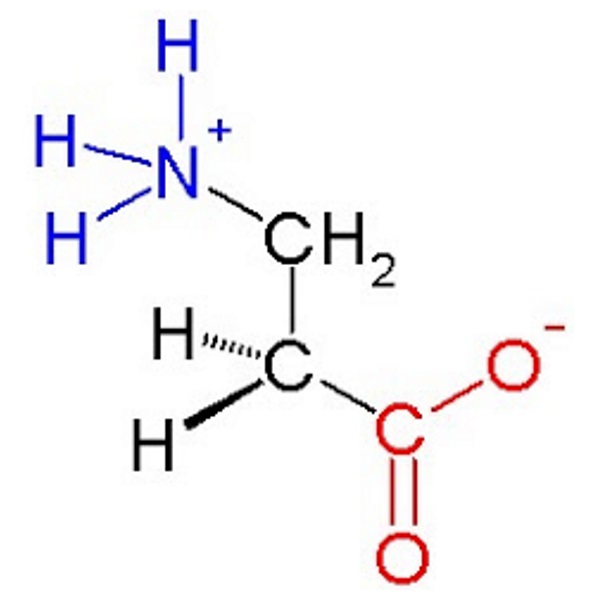 Building down fat and at the same time building up muscle is devilishly difficult. If you look for studies that show this is possible, you land up quickly in the territory of forbidden substances. But fortunately there are exceptions, one of them being a study done by sports scientists at Adams State College, in which wrestlers were given 4 g beta-alanine daily.

Study
The researchers did an experiment with 22 former wrestlers, average age 19, over a period of eight weeks. During this period the wrestlers did interval training, strength training and sprint training. Twelve of the wrestlers got a placebo, 10 were given a supplement containing beta-alanine [structural formula shown below].

Beta-Alanine
The product that the researchers used was IntraXcell, made by Athletic Edge Nutrition. The exact composition is shown below. IntraXcell contains not only beta-alanine, but also vitamin E, alpha-lipoic acid and N-acetyl-L-cysteine.

The idea behind IntraXcell is that during intensive exertion beta-alanine can help muscle cells to keep their acidity level constant for longer, thus enabling athletes to train more intensively. This is now textbook stuff. The other substances are antioxidants that should help muscle cells to get rid of dangerous molecules that are released during exercise, thereby enhancing the effect of the beta-alanine.

Results
The researchers tested the subjects’ muscle power development by getting them to do a number of exercises, including the 90 degrees fixed-arm hang. The wrestlers had to hang on a bar with their elbows bent at a 90-degree angle for as long as possible. The first figure below shows that the wrestlers in the placebo group were able to hang for 5.4 seconds longer at the end of the eight weeks than at the beginning of the experiment. The wrestlers in the beta-alanine group managed to do this for 6.5 seconds longer. The difference was not statistically significant.

The results of another test the researchers did are shown above. Before and after the eight weeks, the subjects had to sprint a distance of 25 metres, 12 times. They ran to a pole 25 metres away, touched it and ran back; and repeated that six times. The wrestlers in the placebo group managed to knock 1.4 seconds off their time over the eight weeks; the wrestlers in the beta-alanine group reduced their time by 1.5 seconds. Once again, the effects were not statistically different.

In the beta-alanine group, however, something interesting happened. They gained one kilogram of lean body mass and lost 1.5 kg fat. Once again, the effects of beta-alanine were not statistically different.

Conclusion
“Given the length of the study (8 weeks), the improvements of even the placebo groups would be satisfying to the coach and practitioner, but the added improvement of the supplemented groups is even more encouraging”, the researchers write. “Although not statistically significant, these improvements in lean mass are significant from a practical standpoint.”