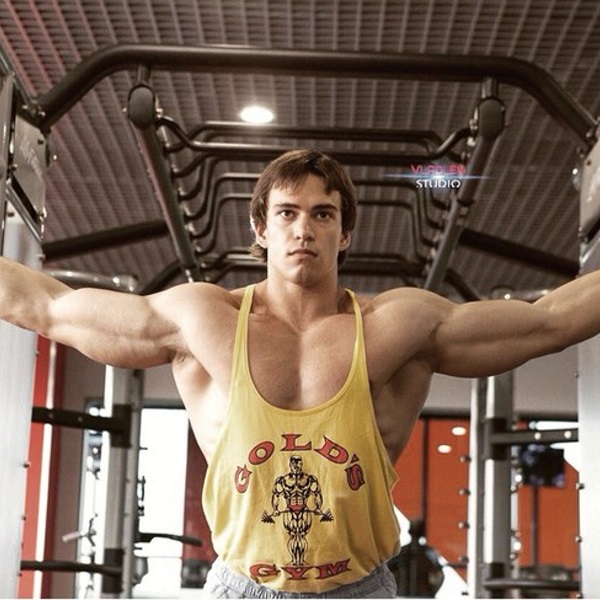 This could be a distant relative… that’s how close these two look.

With the Arnold Classic upon us it makes sense that many news stories will be focusing on either the results of the show, the athletes competing, or the man the event was named after, Arnold Schwarzenegger. There’s a reason why people revere Arnold as being the best bodybuilding to ever compete. Many could argue that Arnold didn’t have as impressive a physique as some of the current day bodybuilders, but things were different in his day. Classic bodybuilding focused more on creating the overall package of the perfect man which meant building great muscle, having awesome symmetry, and having a strong posing routine in your arsenal.

Bodybuilding during the classic Golden Era has been a major influence on many bodybuilders who compete today. Rather than using gear and a ton of other supplements, these athletes choose work naturally and prove that a classic physique is the best physique, devoid of any added supplements. The old school bodybuilders didn’t utilize as much medication. Arnold admitted as much at the last Arnold Classic show in 2015 and through that notion, bodybuilders have trying to emulate “The Austrian Oaks” approach to building a powerful physique.

But there’s a difference between emulating and actually completely replicated your routine. Russian bodybuilder Anton Ryskin has taken it a stop further and by no fault of his own. The young man resembles Arnold Schwarzenegger to the point that you’d think the all time great had been cloned in the lab. Not only does Ryskin look similar to Arnold, but he also tries to follow the same principle. You’ll think you’ve traveled back in time once you see the bodybuilder who calls himself the Russian Oak and it looks like popular internet personality luimarco agrees. Take a look.

Do you follow a classic bodybuilding approach to training? Let us know in the comments and forums