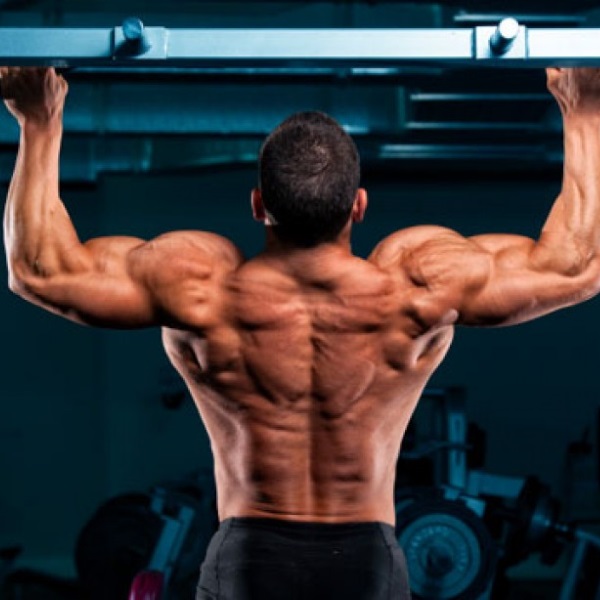 Generally speaking most guys tend to lift more weight than they should at the gym. Maybe it’s our ego lifting, our desire to impress all the cardio bunnies or just plain competitive nature.

While lifting heavy certainly builds mass it can also set you up for a variety of nasty injuries if done in an uncontrolled way. One of the most common ways people mess themselves up is by rounding their backs or over-arching their backs.

While this does help you move more weight it ultimately leads to an expensive chiropractor bill or worse.

Having said that, there are actually a lot of exercises where guys have the opposite problem. That’s right – they don’t lift enough weight! People often don’t realize that they are short-changing their bodies by not going all out on these by not lifting more. In fact, many experts feel that using heavy weight forces you to use better form thereby making the rep more effective.

For example, many people tend to bench press in an arc with lighter weights but try to do that on your working set and you will have a hard time getting the weight up. Instead, lifters learn to go in a straight line to minimize the distance the weight needs to travel in order to lock out. Now we aren’t saying bench press is one of those exercises people don’t do enough weight on – in fact, it has the opposite problem.

We see way too many guys relying on their spotter to deadlift the weight off their chest for them because they loaded up a few plates too many.

So which exercises are people going too light on?

This is a great bodyweight back exercise that feels natural and is safe for your spine.

The problem, however is that most guys who are in good shape are able to easily do a ton of reps and therefore are no longer progressively overloading the muscle. As a result they don’t make the kind of back gains they want!

So instead of just doing these with bodyweight start adding weight. There are a number of ways to do this such as placing a sandbag on your chest, putting on a backpack with weights in it or even have someone hold on to you.

As a result, you will be able to progressively overload the muscle and continue to challenge your body. Keep the reps below 12 so you can focus on executing each one with solid form.

This is more of an explosive lift in which you generate force from the hips to swing the weight up after dropping the kettlebell between your legs.

Each rep needs to be done explosively – if you are taking your time on each rep you won’t be generating the kind of force you need to move some serious weight.

If you are going too light on this exercise you are probably limiting the work to your shoulders.

However, if you use a heavy weight and use your hips properly you will get a great total body workout.

In our day to day lives, most of the leg exercises we do are actually single-leg, yet for some reason when we get to the gym we do everything with both of them at the same time.

While squats and deadlifts are great exercises you would benefit a lot from adding in some split squats and single leg calf raises. However, don’t make the mistake of going way lighter just because you are on one leg.

You should still be trying to overload the muscle once you are comfortable performing the movement at a lower weight.