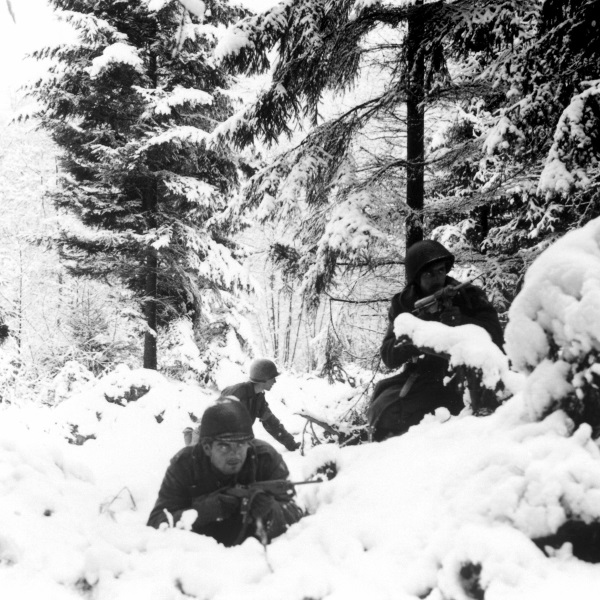 Note From TG: Today’s guest post comes from good friend, . Todd’s written several articles for this site, and when he reached out recently asking me if he could write something I of course obliged.

After all, Todd was the inspiration behind THIS post I wrote several months ago which resonated with many people who read it. He’s a deep thinker, and I really respect his approach to life.

So I said, “Sure! How about something on what it means to be a man?”

This is what he sent back. Enjoy.

Are We Men?
My maternal grandfather’s name was Alfred C. Traxler. He was born in 1926 and died in 1964; he didn’t reach his thirty-eighth birthday.

Unconscious at the wheel, he was a truck driver, his truck swerved from the road and he crashed.

I’ve heard the story a hundred times from my childhood to now, but I can’t remember if he died before he wrecked or if the wreck took his life. He left behind four children, including my mother who was eight years old, and a wife two years his junior. I was born in April of 1986. I never got to meet him, all I know is relayed to me through a vague family mythology.

In 1944, before he finished high school, he enlisted in the army. Within the year he found himself in Europe, fighting in World War II as a member of the field artillery. Don’t ask me to list the battles he fought in, I can’t catalogue them. The only one I’m sure of is the Battle of The Bulge. I’m also sure that he came home with two Purple Hearts, one for being shot in the head.

I’m not certain of his other wound—maybe he was hit in the head twice—or how normal his life was after coming home with a head injury.

My mom tells a story about a time she and her sister were fighting in the basement. As he was walking down the basement steps to stop them, he lightly tapped his head on the ascending staircase that climbed from the first floor to the second, in opposition of the basement staircase’s descent. His 6’3”, thin frame crashed on to the steps, unconscious.

I’m certain that, were we matched; thirty year-old Al Traxler would kick thirty year-old Todd Bumgardner’s ass. It’d be a lopsided thrashing, despite me having around forty pounds on him. Despite having my jaw tested throughout my childhood and college years. Despite me being a physically strong human being.

Alfred Traxler would beat my ass.

Guess what? Your grandfather, were it possible for you to be paired at the same ages, would monkey stomp your goofy ass in a hurry.

Things were different when my grandfather grew up. Men then had something men now don’t have.

Men, and manhood, were different.

I’m not here to reminisce on good ol’ days that I never saw, or to say we need to return to a time when men were men while extolling bravado’s benefits. But there are differences between then and now—some good, some bad, some indifferent. My goal is to create a contrast in behavior so we that we may compare.

We’re struggling to understand what it means to be men.

The problem is, there is no ideological man.

The definition, man, is a derivative of culture and context.

Male and female don’t carry the same connotations that they once did. We’re evolving, it seems, into androgyny and some folks are struggling with this.

To cope, we’re constructing a lot of empty definitions.

My grandfather grew up during the Great Depression, voluntarily entered himself into the greatest destruction the world’s ever seen and was doing his best to raise a family when he lost his life. I’ve never put my ass on the line for anything that I didn’t want to do.

Of course, I’ve stepped up when my family’s needed me. And I’ve taken an ass whooping or two to defend a friend. But I haven’t really done a damn thing that laid my ass on the line. Not like he did.

My experience isn’t atypical—unless a man or woman of my age has chosen to enter the armed forces, we’ve never had to truly experience a great deal of sacrifice. That’s why we’re struggling to define a lot of who, and what, we think we are—especially males.

Men of my grandfather’s age faced the scarcity of The Great Depression and the horrors of killing, watching your friends die and the reconciliation of all of it. Even if a guy was a pussy, he had an ideal to work from.

While men then were outwardly tougher, had thicker skin and better prepared to deal with adversity, they also orchestrated a world with more misogyny, more racism and less tolerance.

Past generations provided us the stoic ideation of manhood while also demonstrating negative behaviors and beliefs that contrast our current evolution toward tolerant humanism. There is no concrete ideology. While manhood is built on certain principles, at least in my belief, there is no ideal example.

It’s increasingly amorphous and it confuses us.

We talk a lot of shit.

We have the internet in all it’s amazing, constructive glory. Despite its opportunity-bearing beauty, it’s also an open pulpit for empty pontification. An endless array of diatribes on what men should be able to do. We make up silly little trials because we have so few real trials to overcome. Mostly, it’s look what I can do. I’m a man. Do this and you’re a man too.

Beyond that, and even sleazier, men propagate to other men that they can help them engineer a personality, a new life, a new body if they follow the advice in their book. Get laid. Get money. Be a stud. It’s cunttastic marketing at its worst. Deny self-acceptance and progression toward something worthy, something that teaches us about ourselves, and work your dick off to become something that you’re not. Horse-fucking-shit.

Lifting weights doesn’t make you tough/hardcore or any other cockamamie masculine ideation. An outrageous expression of physical strength or capacity, while beautiful and worthy, doesn’t qualify anyone as a man. Hardcore is working a job for twenty years so your kids can eat and getting up every day, and going to that motherfucker and kicking ass with a smile on your face, and perspective in your mind, because that’s what you have to do.

We idolize the image of the alpha, and dudes sure do a lot of talking about being one. Alphas don’t have to talk about being alphas. They are just alphas. And in most instances we do our best to segregate them from society: they become Navy SEALs or go to jail.

Please distrust any individual that tells you, via conversation or via print, that they can help you become an alpha. Nine chances out of ten, you’re not an alpha. And that’s totally cool. You are who you are.

Kick ass at being that dude, accept him and develop him as much as you so desire. But don’t listen to some dick-head that tells you that you can become something that you’re not if you simply listen to his advice.

These are examples of our continual strivings for a male identity in a world of limited trials, a famine of opportunities to construct a real identity chisled out of struggle and strife. This is the bullshit that we imagine to placate ourselves…and we sell it to each other every day.

It’s an adolescent screaming and yelling, an upheaval originating from male frightened immaturity, despondent because, collectively, we’re afraid to take responsibility for our own lives in a world with so much opportunity and so little direction.

Many males are frightened of blurred gender roles and assertive women. And, of course, by acceptance of homosexuality that’s nearly universal. Which is one of our best cultural achievements. It leaves insecure males with the inability to define manhood along side those that also love other men.

Maybe it’s a step in the progression toward evolving into better humans. We’re trying to understand what is happening around us and we need some kind of self-definition. So we devolve slightly so that we may move forward.

I like to believe we’re collectively ascending as a species. But there’s a lot of vacuous dick measuring that makes me ask some questions.

Especially when it’s realistic to believe that most men under forty have never been punched in the face.

Let’s also not revert to ‘good ol’ day’ thinking, but something tells me Alfred Traxler would have a hard time relating our modern male squabbling to define ourselves after coming home from Europe as a twenty year-old man with battle scars and two Purple Hearts.

So, after all this opinion bearing, what does it mean to be a man in 2016?

This is, of course, one man’s take, extrapolated to the entire Western world equipped with external human plumbing.

It’s the best ideal I could construct.

Take it for what it is; maybe I’m an asshole.

Being a man starts with giving a shit about yourself. Not the faux self-care that fills space with materialistic yearnings and celebrating the “cult of me”, the tending to every somatic and sensational need.

No, not that, but true self-care.

The kind that gives you the strength to embark on your own hero’s journey to find out what’s actually inside of you, to define physical and mental feats for yourself, disregarding aggrandizement and celebrating self-validation.

It’s finding the inner solace, the inner core that gives a guy the ability to define himself without the need for anyone else to adopt his definition. It’s this core that solidifies manhood.

A man is compassionate.

Compassion is the truest expression of strength. From compassion emanates kindness. Each is the product of a deep serenity that allows us to give others what they need because we’ve done all we need for ourselves. All are the product of taking responsibility for our own lives.

Manhood is having the nuts to act on our individual constructs of the “right thing” all of the time. No matter who is watching. No matter if no one is watching. It’s consistency of purpose and alignment with deep routed personal ideals that firmly extend a middle finger in the face of that which we independently believe is wrong.

And while we contain this ferocity, we encapsulate it with respect, respect and openness toward other cultures and points of view.

Men have fierceness of purpose, a deep connection with why they’re here and what they’re going to do about it.

Being a man, when distilled clearly to its essences, is a balance between confidence and humility. It’s having the balls to take responsibility for your own life and take action to shape it into an art worth sharing. It’s an ever-present consideration that we’re damn lucky to be alive and a grateful use of the time we’re granted. It’s authenticity.

These are the musings of a lucky thirty year old that’s done his best to develop himself into someone worth being around, a man people would be proud to know. It’s my definition of manhood, no one else’s.

But fuck, man, I don’t know. I’ve never been shot in the head.