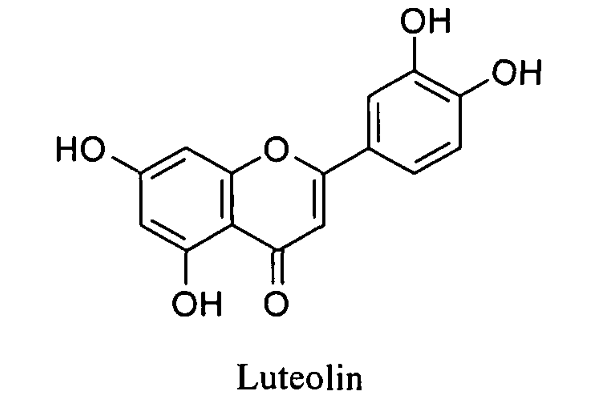 Luteolin, a flavonoid found in rosemary, thyme, parsley and citrus fruits, is an effective anti-oestrogen, according to an animal study published by researchers at Peking University Health Science Center in the Journal of Pharmacology and Experimental Therapeutics. Unlike pharmacological anti-oestrogens, luteolin also improves the cholesterol balance.

Luteolin
In 2013 this web magazine already wrote about the anti-oestrogenic properties of luteolin. Pharmacologists at the Chinese Chengdu Institute of Biology had screened over 100 substances for their anti-oestrogenic qualities, and luteolin emerged as the most interesting. But that was in-vitro research. Now we have an animal study.

Study
The researchers used female mice whose ovaries had been surgically removed for their experiment. A number of the animals were given androstenedione [AD] injections daily. The enzyme aromatase converts androstenedione effortlessly into estradiol.

Some animals were given luteolin [LUT] as well, administered orally. The doses used are shown in the figure below. The human equivalent of the doses varies from 45 – 450 mg luteolin per day. Some mice were also given injections of letrozole [LET], a powerful pharmacological aromatase inhibitor.

Results
After 12 weeks, the researchers measured the estradiol concentration in the mice’s blood. The figure below shows that the anti-oestrogenic effect of the highest dose of luteolin was the same as that of letrozole.

The researchers had also injected the mice with estradiol-sensitive breast cancer cells. Both luteolin and letrozole inhibited the growth of the tumours, but letrozole performed slightly better at this than luteolin.

The figure above shows that luteolin can also cancel out the negative effect of letrozole on cholesterol levels.

Luteolin had no effect on triglyceride levels.

Conclusion
“Although luteolin is widely distributed in plant foods, the dosages used in the current study were above the normal levels that humans consume”, the researchers concluded. “Nevertheless, this study could provide the scientific basis for nutraceutical or pharmacological development of this flavone.”

“As a high LDL/HDL ratio is usually associated with long-term use of aromatase inhibitors, the administration of luteolin can be a potential compensation mechanism without compromising on aromatase.”