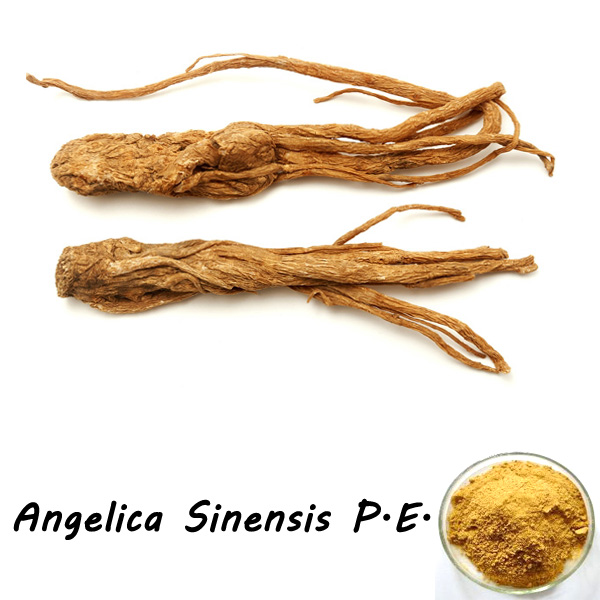 In-vitro and animal studies done by Taiwanese nutritionists at Taipei Medical University suggest that Angelica sinensis – aka Dong Quai – might be an interesting supplement for both endurance and strength athletes. We rubbed our hands with glee when we read their article in Molecules, although we do have some reservations.

It is not clear to what extent Angelica sinensis has a pseudo-oestrogenic effect. Molecular studies have shown that the plant contains none, or almost no substances that are capable of attaching themselves to the estradiol receptor [J Agric Food Chem. 2001 May;49(5):2472-9.], but animal studies have shown that Angelica sinensis does stimulate tissues in the uterus. In addition, the extract lowers the concentration of LH. [Phytother Res. 2006 Aug;20(8):665-9.]

And finally, there are several documented cases of men having developed breasts after taking Angelica sinensis. [Singapore Med J. 2001 Mar;42(3):115-6.] Male athletes may be better off avoiding high doses of Angelica sinensis.

And while we are on the subject of side effects of Angelica sinensis: supplementation can lead to spontaneous abortion and also heightens the skin’s sensitivity to the sun.

Study
The researchers gave male mice a daily dose of 0.41 g or 2.05 g Angelica sinensis per kg bodyweight for six weeks. The human equivalent of this dose, for a woman weighing 70 kg, would be about 3-15 g extract per day. The extract was manufactured by Sun Ten Pharmaceutical. [suntenglobal.com] By the way, the company did not finance the study. The Taiwanese National Science Council put up the money for the study.

The researchers got their lab animals to swim daily. One control group of mice swam too, but were not given a supplement containing active ingredients. Another control group did not swim and was not given Angelica sinensis either.

Results
At the end of the six weeks, the researchers timed how long the mice were able to swim for. They discovered that the supplementation had increased the animals’ endurance capacity. In addition, the mice that had been given Angelica sinensis were capable of developing more grip strength in their claws.

The Taiwanese discovered that the supplementation altered the animals’ energy metabolism. They found that the muscles and liver of the mice that had been given Angelica sinensis contained more glycogen than those of the other mice.

The researchers also found less lactic acid, ammonia and creatine kinase in the blood of the mice that had been given Angelica sinensis. Angelica sinensis not only made the mice’s muscles more efficient, but also apparently protected the muscles against breakdown.

Mechanism
The researchers also intimated that they did an in-vitro study and discovered that Angelica sinensis has a muscle-building effect. “Angelica sinensis treatment could promote hypertrophy in cultured skeletal myotubes, second to the Astragalus membranaceus extract, via the activation of phosphatidylinositol 3-kinase (PI3K)/Akt (also termed protein kinase B)/mammalian target of rapamycin (mTOR) pathway”, they wrote.

“Therefore, we hypothesize that Angelica sinensis supplementation with regular aerobic exercise training may have a synergistic effect on improving exercise performance and protecting against exercise-induced fatigue.”

Sounds good, but supplementation using hefty doses of Angelica sinensis did not lead to more muscle growth. See the table below. Hmm.

We’re not sure what to make of this study. For now we’re reserving judgement on Angelica sinensis.