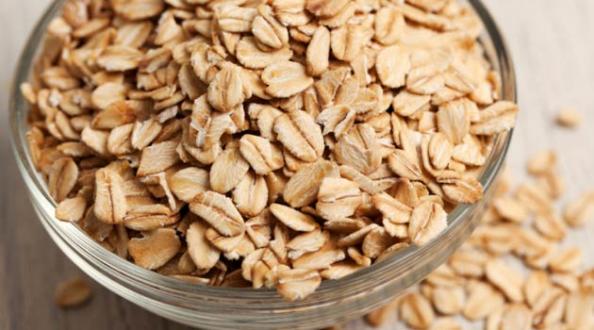 Paleo dieters are famous for shunning most kinds of grains and carbohydrates. But a compelling new archeological discovery suggests they should make room on the breakfast table for an old-school classic: oatmeal.

Our Stone Age predecessors ground up oats, and may have used them to make oatmeal or even a basic flour, according to new findings from a research team led by Professor Marta Mariotti Lippi at the University of Florence in Italy. The researchers analyzed a stone pestle (a basic tool used for grinding food) found in the Paglicci Cave in southern Italy, and discovered that it was dusted with the starch of wild oat plants. The stone pestle dates back to 32,600 years ago, making this finding the oldest known evidence that humans processed oats—tens of thousands of years before the development of agriculture, the researchers report in the Proceedings of the National Academy of Sciences.

Their finding suggests that the cave’s inhabitants used the pestle to grind whole oats into a flour before cooking and eating the flour—a key technological breakthrough back then. (Remember: The instant oatmeal you get at the grocery has been rolled thin, making it much easier to cook. And steel-cut oatmeal is, well, exactly that—no steel in the Stone Age, remember.)

Lippi is hesitant to draw too many conclusions about exactly what the cave people did with the ground oats, but she tells NPR that “presumably they mixed the flour with water and cooked [it]” and that it means they “surely used grains.” It’s not unprecedented, however—Huw Barton, a professor of bioarchaeology at Britain’s University of Leicester, tells National Geographic that ancient peoples likely ate more grains than researchers previously thought.

Even if oatmeal was previously forbidden in your eyes, there are plenty of reasons to start chowing down. (Besides, it’s not like we’re saying these cavedudes were chowing down on Twinkies and Oreos.) As lots of fitness enthusiasts will tell you, oatmeal is one of the most nutritious, filling, and economical ways to start your day—especially if you choose old-fashioned, thick-cut oatmeal, which is more flavorful and higher in fiber.

So have no fear, Paleo dieters. We’ve got a bunch of recipes to make the most of this old-school grain. After all, even though cave people enjoyed it, that doesn’t mean you can’t devour a bowl with some tasty modern touches as well.