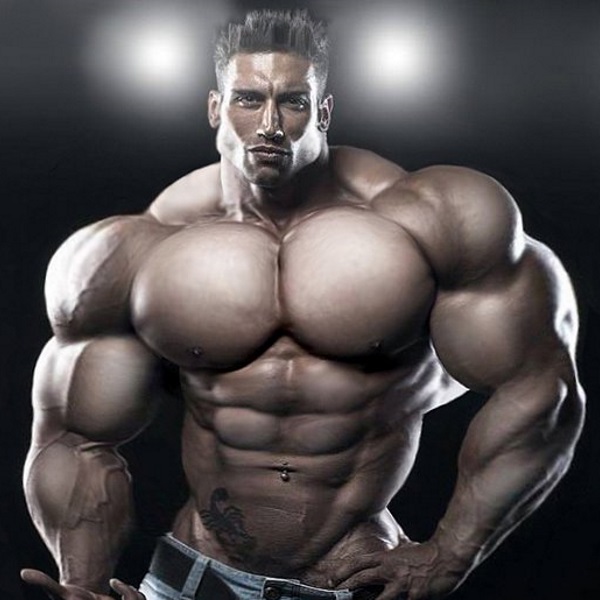 I was always intrigued by bodybuilders ever since I was in my teens training for athletics. Back then I would say there were actually MORE “big guys” roaming the earth than there are today. The art of bodybuilding seems to have diminished with the advent of some new men’s divisions in the NPC/IFBB. Is that a bad thing? No. The only thing it changes is that you don’t have as many mass freaks taking up all the equipment at gyms anymore. Again, that’s not to say there’s a lack of training intensity by any means.

I’m using the term “bodybuilding” loosely here as technically anyone who is at the gym trying to change their physique and add lean muscle mass can be called a “bodybuilder” as they are there trying to build their body. But for the sake of this article let’s use the term in the sense of competitive bodybuilders such as IFBB pros.

Back in the day, talk about steroids was almost like belonging to a cult. Everyone was hush hush not wanting people to know the secret to their gains—or as they call them today, gainz. You basically needed a secret code word or handshake to get in on the action. These days the use of steroids is more prevalent and more people are talking about them (even openly via social media platforms—weird). While I personally believe the “talk” should stay behind closed doors, everyone can have their own opinion.

So let’s take a step back to my childhood—ah, the good old days. There I was, training my balls off in the gym in hopes of one day putting on the size the men in fitness magazines possessed. Well, those dreams were shatter just like believing in Santa Claus and the Easter Bunny. For those youngsters I might have just traumatized, go ask your parents why they lied to you all these years (I’m sure I’ll get some nasty emails over that) and why are you reading this article to begin with? Go do your homework. Back on topic… The talk of steroids slowly started to linger around the weight room when I was in my late teens. I had no idea what Testosterone Cypionate was, or HGH, or Anadrol, or Deca Durabolin, or even what injecting the muscle with an oil like Synthol was used for. It was just all foreign to me, but not to those in “the in”. The more I learned about them the more interested I got. There was just one thing holding me back—I HATE needles. You could tell me with one shot from the syringe that I could transform into Superman and fly and I’d still pass. So, my dreams of crushing my terrible genetic predispositions were thrown out the window. Which brings up my thoughts on steroid use in general.

What I’m about to say are my thoughts and beliefs and only mine. You may share the same, or you may totally disagree with me—either way, I’m fine with that. You would think that due to me being afraid of needles (I’d rather get shot in the butt with a 9mm cartridge than have a needle sticking out of it) that I’d think it’s unfair for others to use them as a competitive advantage. Actually, I have the complete opposite view. I’m totally for it—both recreationally as well as competitively. This is coming from someone who should love steroids and hormone replacement therapy as I’ve suffered from low testosterone my entire life. If you make the decision to go that route, I don’t see what the difference is between steroid use and people using other ergogenic aids. I understand that “supplements” and “steroids” are two completely different categories in terms of ergogenic aids, but for the sake of this article let’s lump them together to help explain my stance.

Look at college athletics. The NCAA has some of the dumbest rules and regulations I have ever seen when it comes to sports nutrition. Strength Coaches and nutritionists aren’t allowed to give their athletes anything that contains more than 30% of its calories coming from a protein source. What?! It’s true. Need a little energy and want to use a preworkout before a hard training day? Nope, better not get caught giving your athletes anything with simulants in it. Caffeine and many other ingredients found in preworkouts are not permissible. Are your football players taking tons of abuse and their joints constantly hurt? Don’t even think about giving them anything containing glucosamine or chondroitin. None of the above is permissible. And that’s only a fraction of the list of impermissible products and ingredients that the NCAA has banned and regulated. So where do you draw the line with ergogenic aids? Just because strength coaches and nutritionists can’t give their athletes the above mentioned products doesn’t mean that they can’t go out and purchase them on their own. The risk of getting caught in the NCAA for a banned substance is pretty high even though athletes get away with it all the time. Is it worth it when you’re potentially trying to make it pro? In this instance I would have to say no.

So where do steroids come into play? If you are willingly open to the consequences of using steroids and the potential side effects, then by all means go for it. Are steroids for me? Would I look at the risk/reward and use them even if I didn’t mind needles? No. I’m not a competitor or an all-star athlete. And I most certainly don’t make a living based off of my physique, athletic ability, or strength. So for me, I could care less about injecting a foreign substance into my body. But that doesn’t mean you can’t, should you decide to do so. I do want to throw out a disclaimer though. And that is, make sure you know where you’re getting your product from, how to use it, the side effects, and consequences involved with doing so as well as the proper post cycle therapy. Simply buying something off of the black market or when down in Mexico and injecting it into your body is like playing Russian roulette with your health and life. Doing so is like asking yourself if you feel lucky today. Who knows what that liquid actually is and what can happen if you use it.

Is taking steroids considered “cheating”? Wow. This is actually a tough one. With so many athletes out there currently on a cycle of something (yes, there are professional out there, they just haven’t been caught—yet) I’d say no. While being on a steroid will clearly help you put on lean muscle mass, that doesn’t mean it will necessarily help your athletic ability or overall skill. If you can swing a bat 100 times and miss the ball 99 times, by taking steroids it doesn’t necessarily improve your ability to make contact with the baseball. Hand-eye coordination and technique play into the overall success or failure. In fact, if you need to have fine motor skills or flexibility, using steroids could actually hurt your athletic ability. It’s truly a case by case and individual by individual basis.

Now let’s look specifically at the sport of bodybuilding. I won’t generalize and say ALL of the IFBB Pro Bodybuilders are on steroids, but a VERY high portion of them are. You’ll even find some “natural” competitors using steroids and beating the system. In the sport of bodybuilding, the direction of the sport has gone more towards who’s the biggest and baddest on the stage and not necessarily who has the best overall symmetry and aesthetics. Therefore, many competitors run cycles to put on quality lean muscle mass at a much faster speed than if trying to accomplish it naturally. This new look is ultimately what’s drawing people in and filling the seats of venues to capacity. Would you want to go to a competition where everyone looked like they just walked in off the street and stood on stage in their underwear? I didn’t think so. Steroids are now a part of our culture and a part of athletics. It has gone too far to go backwards, and in trying to do so it will weed out many top tier athletes for “doping”. You can even see steroid use prevalent in the new men’s physique division. While the division was created to allow more friendly competition for guys who aren’t “naturally blessed with large muscles,” even many of them are using something to gain a competitive advantage and enhance their physique. It’s the way things are these days, and unfortunately if you think it will regress back to the younger years, it isn’t going to happen.

Am I recommending you hop on Google and start searching for your first cycle? No. Hell no. Don’t get into anything you don’t understand the pros and cons of. It’s your life, and your health, and if you choose to go down that path that is on you. So in closing I have one final thought/question: Do you agree with my stance, or disagree, and why?