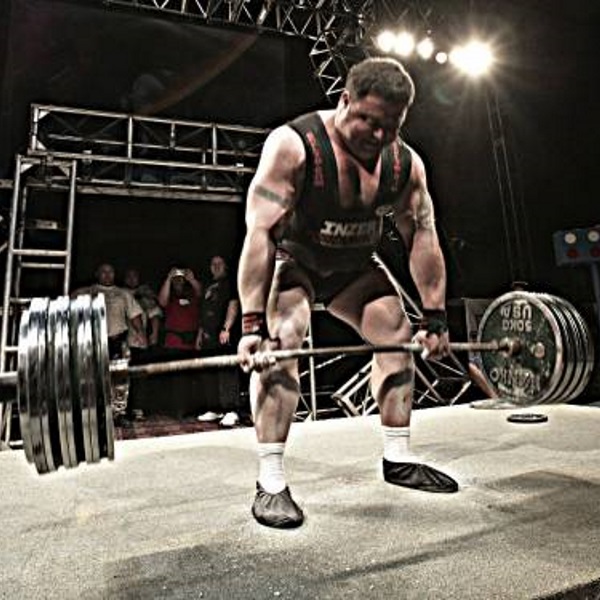 Reading between the lines, we can sense the troubling thought that concerned the Prince of Denmark, and has perplexed lifters ever since chalk met bar:

Should you allow your lumbar spine to assume a flexed posture when deadlifting, or is neutral the only allowable posture?

The problem is now solved. I have the answer, and here is the scientific evidence behind it. Let’s address the elephant in the room. Every world record deadlift I have ever seen has been performed with lumbar flexion. The lumbar spine is not in neutral. It’s a fact. At the end of this article you will understand why. I’ll show you exactly what you need to know, including evidence from physics, physiology, anatomy, biomechanics, and exercise science.

In 1687, the English physicist and mathematician Sir Isaac Newton published three clear laws governing the motion of interacting objects in his book, Philosophiae Naturalis Principia Mathematica. If you have not read my article discussing the application of Newton’s third law to deadlifting, then you will need to before proceeding. I will summarise it here for you.

Summary: For every action there is an equal and opposite reaction. When deadlifting, you should apply as pure a vertical vector to the earth to produce the concurrent maximum ground reaction force to your body. Any horizontal vector is wasted force that decreases vertical force. If you wish to run, then you apply a horizontal force to the ground and you are propelled forward. Deadlifting is purely vertical vector application.

Your tibia bone (shin) is the best indication of the force vector. So the most effective, and potentially powerful, deadlift must be assumed with a vertical tibia. Evidence to support this can be found when analysing video in both the frontal and side views of all world record deadlifts. At the moment the bar leaves the ground, perfectly vertical or nearly vertical tibia is displayed, whether in conventional or sumo.

I thank Andy Bolton for confirming this in his seminar at the World Championships in 2015. Don’t argue this fact with me, argue it with Andy Bolton, Sir Issac Newton, and every classic motion experiment since 1687. Or if you want to argue about the force required to move a body off the planet, talk to NASA or any rocket scientist.

Here, I’ll discuss the muscles you use to lift. I am going to concentrate on the lumbar musculature. Once again, I have written on this previously. The linked article explains which of the posterior musculature has the most effective control of your lumbar spine posture. You are expected to have read this. If you have not – click the link and do so, then resume the rest of this article after finishing it.

Summary: The posterior musculature of the spine controls the lumbar posture from extension to neutral and through to flexion. The muscles that have the greatest effect on controlling lumbar posture for deadlifting, in order of strength (by moment arm) are:

Biomechanics of the Lumbar Extensors

If you coach powerlifting and don’t have a copy of Professor Stuart McGill’s book, Low Back Disorders3, then stop now, go online, and order it. The Third Edition has just been released with support material. It is one of the most important books any coach will have on their desk. You need to understand it to understand lifting.

I have never read an explanation of what you will now read below, as it pertains to powerlifting. It is the hinge upon which lifting science turns.

First, you need to understand a moment arm. Not everyone has done math or physics, so here’s an explanation:

A moment arm is the distance between a joint axis (here, the spine axis) and the line of force acting on that joint (in this case, by the muscle). The longer the moment arm, the more load will be applied to the joint axis through leverage. So a change in a moment arm changes the force upon the joint.

Now on to the action of the lumbar muscles upon the spine. I had the good fortune of discussing my problem with the eminent Professor Stuart McGill. I spoke to him about an observation in his book. When discussing the posterior musculature, the Professor measured the moment potential of the various muscles in neutral and in sixty degrees of spinal flexion. I had a problem with the measurements, and I’ll lay it out for you.

On Table 5.3 in Chapter 5, the moment potential of the pars thoracis group, as represented by the right iliocostalis, measured 24 N.m in an upright standing position (neutral). But it measured 22 N.m in sixty degrees of lumbar flexion. Iliocostalis lumborum and multifidus did not change at all. How could the lumbar spine move through this range and the moment potential barely change?

I drew a spine for the Professor and showed him my conundrum. He then drew on my spine and showed me the answer – the thoracodorsal fascia acts as a retinaculum! A retinaculum is a connective tissue band under which tendons pass. So the thoracodorsal fascia holds the tendons of the pars thoracis, and other posterior spinal musculature, in such a position that their moment arms do not change.

Now consider this: if the muscles that hold the spine in neutral and protect the discs don’t change their effective moment arm, then what is the problem with lifting in flexion?

Remember, this article explains the mechanics of deadlifting and whether you can – or should – lift with lumbar flexion. This is about the science behind the deadlift. This article is not about how spines get hurt. It’s not a discussion of the injury mechanics and biology of the lumbar tissues, especially the lumbar discs. Injury articles are for later.

Here is one of my favorite concepts I use in my work: the length/tension principle of muscle. There is an optimal length of a muscle at which it can generate the most tension. Muscle is weakest at its stretched (lengthened) and contracted (shortened) positions. The midrange position, where a muscle is able to recruit maximum tension, is where we aim to place our loading.

Once again, by standing on the shoulders of giants, I reviewed Professor McGill’s work published in table 4.2 of Low Back Disorders. Here he shows the muscle lengths measured between neutral standing and sixty degrees lumbar flexion. There was a clear difference of 6.2cm in the muscle length of longissimus thoracis, and a 3.7cm difference in iliocostalis lumborum between those two postures.

Once again, I discussed this with Professor McGill. I showed him my observations: every world record deadlift was set in a degree of lumbar flexion. Then I noted the requirements to observe the preceding concepts of ground reaction force production (via the vertical tibia) and lumbar musculature moment arm consistency.

Finally, I asked, “Is the lumbar flexion in maximum deadlifting a function requirement of the length/tension relationship of the pars thoracis muscle group to produce maximum force?”

The great Professor said, “You’ve got it.” He then qualified this affirmation: “You should run this by Marty Gallagher to get his opinion.”

This does not mean you should lift in sixty degrees of lumbar flexion. It means there is an element of flexion that will be determined by the optimal flexion length of the thoracic extensors in experienced lifters. I’m postulating it to range from 20-30 degrees of lumbar flexion, but precise measurements depend on each individual’s personal anthropometrics.

But the flexed lumbar spine can be necessary to move maximum loads when deadlifting.

Now we come to the most famous of Professor McGill’s mantras: “It depends.” What you have just read explains the mechanism by which experienced and elite lifters lift maximum weights. It’s not the method everyone should use. Elite lifters flex their lumbar spines to maximise the length/tension relationships of the musculature upon a mechanical posture assumed to produce the maximum ground reaction force. But remember:

To Flex or Not to Flex?

So there you have it. Maximum deadlifting, in the conventional method and by experienced lifters, is achieved in lumbar flexion. But it is not for neophytes or beginners. For these people, neutral spine control must be mastered before lifting maximal weight.

There are many anatomical, physiological, and biomechanical issues to expand upon from here, but the elephant is now in the room and flexed spine lifting by elite lifters has been explained.

So back to Hamlet. “To flex, or not to flex?” It depends, my Prince. It depends.