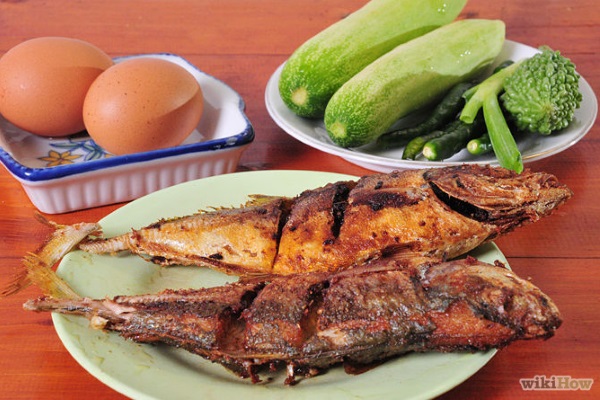 There is a lot of misinformation about the low-carb diet out there.

Some claim that it is the optimal human diet and that everyone should be eating low-carb.

Other people believe it is a “fad” diet that is unsustainable and potentially harmful.

1. Low-Carb is a Fad Diet
The term “fad diet” has kind of lost its meaning.

Before, it was used for crash weight loss diets that enjoyed short-term popularity.

However, today it has basically just become a term of abuse that people use for diets they don’t agree with.

Even today, many people still call low-carb a “fad” diet.

This makes absolutely no sense, because low-carb has been shown to be effective in over 20 scientific studies.

It has also been popular for decades. In fact, the first Atkins book was published in 1972, 5 years before the first set of low-fat dietary guidelines in America.

If we look even further back, the first low-carb book was published in 1863 and was wildly popular at the time.

When something has been around for so long and is supported by science, dismissing it as a “fad” is just a dishonest attempt at evading the argument.

Bottom Line: The low-carb diet has been around for decades and is supported by over 20 high-quality studies in humans. Calling it a “fad diet” is wrong.

2. Low-Carb Diets Are Hard to Stick to
It is often claimed that low-carb diets are unsustainable because they restrict common food groups.

This is claimed to lead to feelings of deprivation, causing people to abandon the diet and gain the weight back.

This makes sense, but the truth is that all diets restrict something. Some restrict food groups or macronutrients, others restrict calories.

The great thing about low-carb is that it leads to a reduction in appetite, so that people can eat until fullness and still lose weight (1, 2).

Compare that to a calorie-restricted diet, where you’re not really allowed to eat until you’re fully satisfied, and end up being hungry all the time.

Being constantly hungry and never being allowed to eat until satisfied… now that is truly unsustainable for most people.

All that being said, the data does not support that low-carb diets are harder to stick to than other diets.

I reviewed 19 studies that looked at how many people made it to the end in studies comparing low-carb and low-fat diets.

Although the results were mixed, more people in the low-carb groups actually made it to the end of the studies, on average.

Not a huge difference, but it clearly shows that low-carb diets are, at the very least, not harder to stick to than comparable diets.

Bottom Line: The data does not support the idea that low-carb diets are hard to stick to. If anything, they have better adherence than the low-fat diet they are usually compared to.

3. Most of The Weight Lost Comes From Water Weight
The body stores significant amounts of carbohydrates in the muscles and liver.

This is a storage form of glucose, known as glycogen. It is used to supply the body with glucose between meals.

Stored glycogen in the liver and muscles tends to bind some water.

When we cut carbs, the glycogen stores go down, and we lose significant amounts of water weight.

Additionally, low-carb diets lead to a drastic reduction in insulin levels. When insulin goes down, the kidneys shed excess sodium and water out of the body (3, 4).

For these reasons, low-carb diets lead to a substantial and almost immediate reduction in water weight.

This is often used as an argument against low-carb diets, and it is claimed that the only reason for their weight loss advantage is the reduction in water weight.

However, this is false. Low-carb diets reduce water weight, but studies show that they also cause a greater reduction in body fat – especially from the liver and abdominal area where the harmful belly fat is located (5, 6).

Also, the reduction in water weight is a good thing. It makes no sense to use this as an argument against low-carb diets. Who would possibly want to carry around 5-10 (or more) pounds of excess water that they don’t need?

Bottom Line: People who go low-carb shed lots of excess water from their bodies. However, they also lose lots of body fat, especially from the liver and abdominal area.

4. Low-Carb Diets Are Bad For Your Heart
Low-carb diets tend to be high in cholesterol and fat, including saturated fat.

For this reason, many people claim that they should raise blood cholesterol and increase the risk of heart disease.

However, new studies have shown that neither dietary cholesterol or saturated fat have any significant effect on the risk of heart disease (8, 9, 10, 11).

Contrary to what is often claimed, low-carb diets actually improve many of the most important risk factors for heart disease (12):

Levels of LDL cholesterol don’t increase, on average. The particles also tend to change from small, dense (bad) to large LDL, a pattern that is linked to a reduced risk of heart disease (22, 23).

That being said, the studies mostly look at averages. There are some individuals who experience major increases in LDL on a low-carb diet.

These individuals should take some steps to get their levels down.

Bottom Line: There is no evidence that dietary cholesterol and saturated fat cause harm, and studies on low-carb diets show that they improve several key risk factors for heart disease.

5. Low-Carb Diets Only Work Because People Eat Fewer Calories
Many people claim that the only reason people lose weight on low-carb is reduced calorie intake.

This is true, but it doesn’t tell the whole story.

People feel so satiated that they end up eating less food without counting calories or controlling portions.

This appetite-reducing effect is so powerful that studies comparing low-carb and low-fat diets need to actively restrict calories in the low-fat groups in order to make the results comparable.

Even when the low-fat groups are calorie restricted, the low-carb groups still usually end up losing more weight… sometimes 2-3 times as much (24, 25)!

Also, people sometimes don’t realize that low-carb diets are not just about losing weight. They are also very effective against certain health conditions, such as metabolic syndrome, type 2 diabetes and epilepsy (26, 27, 28).

In these cases, the health benefits go way beyond just a reduction in calorie intake.

That being said, low-carb diets may have a small metabolic advantage. They tend to be high in protein, which boosts metabolism (29, 30).

Bottom Line: It is true that low-carb diets lead to a reduction in calorie intake. However, the fact that this happens subconsciously is a huge benefit. Low-carb diets also have metabolic health benefits that go way beyond just calories.

6. Low-Carb Diets Reduce Your Intake of Healthy Plant Foods
A low-carb diet is NOT no-carb.

It is a myth that cutting carbs means you need to eat much less of plant foods.

You can actually eat a really large amount of vegetables, berries, nuts and seeds without exceeding 50 grams of carbs per day.

Also, eating 100-150 grams of carbs per day is still considered low-carb. This provides room for several pieces of fruit per day, and maybe even small amounts of healthy starches like potatoes and oats.

I personally never eat as many vegetables as I do when eating low-carb. This satisfies my body’s need for vitamin C, potassium, fiber and other key nutrients that are found in large amounts in plants.

Bottom Line: It is possible to fit in large amounts of low-carb plant foods, even with a very low carbohydrate intake. Vegetables, berries, nuts and seeds are all examples of healthy plant foods that are low in carbs.

7. “Ketosis” is a Dangerous Metabolic State
There is a lot of confusion about ketosis.

When we eat very little carbs (such as less than 50 grams per day), insulin levels go down and a lot of fat is released from the fat cells.

When the liver gets flooded with fatty acids, it starts turning them into substances called ketone bodies, or ketones.

These are molecules that are able to cross the blood-brain barrier, supplying energy for the brain during starvation or when we don’t eat any carbs.

However, many people seem to confuse “ketosis” and “ketoacidosis.”

The latter is a dangerous metabolic state that mainly happens in uncontrolled type 1 diabetes. It involves the bloodstream being flooded with massive amounts of ketones, enough to make the blood acidic.

Ketoacidosis is serious business, and can be downright fatal.

However, this has absolutely no relevance to the ketosis caused by a low-carb diet, which is a healthy metabolic state.

For example, it has been shown to have therapeutic effects in epilepsy, and is being studied for cancer treatment and against brain diseases like Alzheimer’s (27, 28, 29).

Ketoacidosis is terrible, but ketosis is a good thing. The two are not the same.

Bottom Line: A very low-carb diet leads to a beneficial metabolic state called ketosis. This is not the same as ketoacidosis, which is dangerous but only happens in uncontrolled diabetes.

8. The Brain Needs Glucose (Carbs) to Function
Many people wrongly believe that the brain can not function without carbs in the diet.

It is claimed that carbs are the preferred fuel for the brain, and that it needs about 130 grams of carbs per day.

This is partly true. Some cells in the brain can not use any fuel except glucose (carbs).

However, other parts of the brain are actually perfectly capable of using ketones for fuel.

If carbs are reduced sufficiently to induce ketosis, then a large part of the brain stops using glucose and starts using ketones instead.

That being said, even with lots of ketones in the blood, some parts of the brain still needs glucose.

This is where a metabolic pathway called gluconeogenesis becomes important. When we don’t eat carbs, the body (mostly liver) can produce glucose out of protein and by-products of fat metabolism.

Because of ketosis and gluconeogenesis, we don’t actually need to eat a single gram of carbohydrate – at least not for the purpose of fueling the brain.

After the initial adaptation phase is over, many people report having even better brain function on a low-carb diet.

Bottom Line: On a low-carb diet, a part of the brain can use ketones for fuel. The body can then produce the little glucose that is still needed by other parts of the brain.

9. Low-Carb Diets Will Destroy Your Physical Performance
Most athletes eat a high-carb diet, and many people believe that carbs are essential for physical performance.

It is true that reducing carbs leads to reduced performance in the beginning.

However, this is usually only temporary. It can take a while for the body to adapt to burning fat instead of carbs.

Many studies have shown that low-carb diets are actually good for physical performance, especially endurance exercise, as long as people are given a few weeks to adapt to the diet (30, 31, 32, 33).

There are also studies showing that low-carb diets have beneficial effects on muscle mass and strength (34, 35).

Bottom Line: Low-carb diets are not detrimental to physical performance for most people. However, it can take a few weeks for the body to adapt.

Take Home Message
At the end of the day, low-carb diets can have powerful health benefits. They are very effective for people with obesity, metabolic syndrome and type 2 diabetes.

That being said, even though low-carb diets can be beneficial, they are NOT the answer for everyone. Different strokes for different folks.