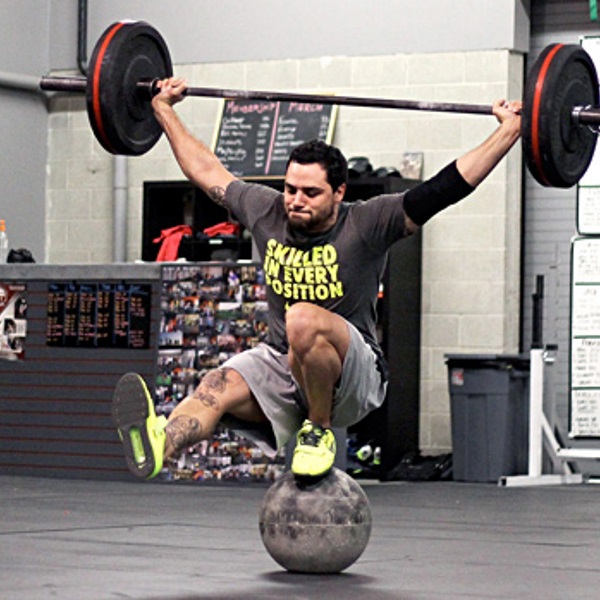 When you walk into a gym, you’re supposed to forget about all people and things around you and focus solely on your goal for the day. It’s you competing against yourself, which is the toughest challenge you can find, so you need all the extra focus and motivation you can get by listening to epic warrior music, focusing on the pump and establishing a better mind-muscle connection. But then, your workout gets interrupted by the guy who takes up 10 pieces of equipment at the same time while mindlessly chatting with his friend from the next station. So now you have to either waste 15 minutes on an unplanned break or go nuts on him. Talk about a buzzkill.

Like it or not, a crowded public gym is a small, weird community in itself that consists of great people and awful characters alike. And since you’re also a part of it, you will have to learn how to deal with the worst kind of gym-goers that could easily ruin your great workout if left to do their thing. So who are these people? Let’s find out – here’s the list of the 10 most obnoxious characters you can meet at the gym. And if by any chance you recognize yourself in some of the descriptions, for the sake of all, just STOP being that guy.

Commercial gyms are full of people who’ve just ‘learned’ how to swing a kettlebell from watching YouTube videos. The problem is that when it comes to the kettlebell swing, learning it on the internet works is as inefficient as trying to learn martial arts the same way. It’s great that kettlebells have gained such popularity lately, with more and more people using them for conditioning, strengthening the glutes and building power, but the sad truth is that most of them don’t have a clue how to use them properly and their improper form hurts the eyes of everyone around them.

And we all know that bad form is the root of lack of progress and serious injury. When you see a guy who clearly doesn’t know how to do a correct kettlebell swing or could use a bit of improvement, try to give him some basic directions or politely suggest him to find a coach and educate himself because he’s distracting everyone with his dangerous lack of understanding about the mechanics of this powerful movement.

It’s not a sin to make a few great friends at the gym, but that doesn’t mean that you should go around and hunt for them, interrupting peoples’ workouts just to chat. The frightening part is that these people tend to only produce self-centered babble unworthy of attention, completely oblivious to the context. Interestingly enough, this habit is incredibly annoying to everyone except the chatter, who never seems to notice that his chance of getting slapped in the face by his victim is increasing with each second. It could be a psychological disorder in some cases for all we know. When you get in a situation like this, don’t bother to be polite and immediately break away from the claws of the excessive talker. After all, your time in the gym is limited and you shouldn’t waste it on someone without basic manners.

If you can’t unglue your eyes from your phone even while you’re voluntarily in the gym, you’re creating a big problem not only for yourself, but for all others as well. First of all, what is the point of wasting your time and money on a gym membership if all you intend to do is sit on a bench and text? Sorry, but a workout that includes three 15-minute long pauses won’t do much for you. Besides, you do understand that other people would like to use that bench or machine you’re currently senselessly occupying for an actual workout, don’t you? Nobody gives a rat’s ass about what you choose to do with your time, but show some respect for people around you. The next time you stumble upon this kind of person, enlighten him about the basics of gym etiquette.

#4. The chicken-legged guys doing bicep curls in the squat rack

Let’s get it straight – the squat rack and power rack are for squatting, overhead presses and similar compound barbell exercises. Anything else is cringe-worthy and occupying the squat rack to perform biceps curls is the worst of all possible misbehaviors you can pull off in a gym. As you’ve noticed, in most gyms squat racks come in a very limited number, so when some egocentric douchebag uses the squat rack to check himself in the mirror while doing curls (which can be performed almost anywhere in the gym!), you can see a line of people behind him waiting to use the rack for actual squats. This behavior is so disrespectful that we can understand why some people advocate a physical solution to the problem.

This is not about the mythical ‘roid rage’, or the behavior of experienced steroid users who actually act quite normal and considerate. We’re talking about guys who’ve recently started using steroids and now they walk around like they own the goddamn gym. Steroids have this ability to magically transform regular guys into first-class douchebags who want to show off their newly acquired superhuman powers by attempting ridiculous lifts or simply by strutting around surrounded by a cloud of self-importance and giving everybody the “I rock, you suck” look. The good news is that most of the steroid rookies are guys who won’t last long in the gym since they’re relying only on drugs and are not willing to learn a thing about proper form and dieting.

Pretty much all CrossFitters act according to their favorite motto “our warm up is your workout”, which makes them some of the most obnoxious people around in general. In the gym, they frequently block other folks’ equipment by lifting for endless reps between two benches or doing burpees in front of the dumbbell rack. Their routines are designed for a CrossFit box, which makes them inadequate in terms of a busy public gym, and their attitude worsens the problem even further. And you know how they say – CrossFit would be very cool if it wasn’t for all the CrossFitters. When they prevent you from having a decent workout, try to politely inform them about their recklessness.

Sharing the same space with other people means that you have to set some limits for your routine, especially if your busy schedule allows you to visit the gym only during the most crowded hours. Struggling to perform a six-station circuit is not only difficult for you, it’s very annoying to other people who are impatiently waiting to use the same equipment. For everybody’s sake, perform your circuits when the gym is half-empty or adjust your program to occupy less stations at the same time. And if you absolutely must do circuits, encourage people to slip in and use pieces of the equipment you’ve taken. It’s called thoughtfulness.

Now these folks have a special place in the pantheon of obnoxious gym characters. They could be just awkward guys with lousy social skills or guys who stand in front of you and creepily observe every movement you make for as long as you can tolerate them. And some are real sexual predators that will do their best to trouble every girl who walks into the gym by taking cell phone pics of them working out, constantly flashing their assets in their face or following them around with nasty pick-up lines. The solution is simple. If someone bothers you personally, turn them in to management and let them handle it. If they fail to straighten out the situation, threaten to cancel your membership and encourage all other sufferers to do the same.