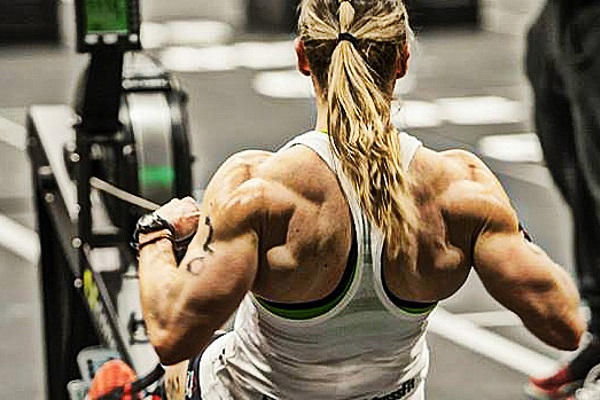 Beyond the Box
I’ve been working with CrossFit athletes for four years now and for the past year they have been my main focus. I started out coaching them on the Olympic lifts, then started programming their strength work.

This gave me the chance to go to the CrossFit Games as a coach in 2015. I observed the top competitors and analyzed the tasks asked of them. Here’s what you need to compete with the world’s best.

1.  You need to master the basic skills.
The sooner you reach a high level of mastery of all the key bodyweight and lifting skills, the sooner you’ll be able to focus on your development as an athlete.

Having to both develop skills and increase physical capacity at the same time is suboptimal and very hard to program.

You can’t think, “I’ll learn this one later.” If you’re serious about being a CrossFit competitive athlete the first thing you have to do is master all the key skills.

It’s like with any sport really: You have to learn the basic skills before learning the more complex stuff. Kinda hard to play a game of hockey if you don’t know how to skate.

So the first order of business is to get really good at the following:

There are others, but if you can’t do all of these reasonably well you shouldn’t be thinking about competing. A large part of your training should be devoted to practicing these skills.

2.  You need to be strong. Stronger than you think.
At the Games in 2015, eight out of thirteen events required a high level of strength. You need the highest possible level of overall strength, and not in just some movements.

The basic lifts are still key (front squat, back squat, deadlift, shoulder to overhead). But you also need to be strong on all the loaded carries you can think of, like farmer’s walk, overhead walk, sandbag carry, Prowler pushing, wheelbarrow, and Zercher carries.

You also need to be able to do the basic movements with odd implements. Think log lift, kettlebell deadlift, clean with thick bar, and sandbag clean and press.

You need to get strong in loaded body weight movements. Instead of focusing on simply being able to do more pull-ups, handstand push-ups, or muscle-ups, focus on getting stronger on the strict versions with added weight.

I know plenty of athletes with very good “cardio” but who gas out because they produce too much lactic acid. You need plenty of unpleasant work in the 1-3 minute range at a high level of intensity. The Assault Bike and rower are your best friends.

Another strategy is combining a bodybuilding exercise with a skill movement. Do the bodybuilding movement to create a large pump/accumulation of lactic acid and then do your skill.

For example, get a mad biceps and forearm pump then go do two legless rope climbs without any rest between the climbs.

You get good at what you practice. Just because you know how to run doesn’t make you a good runner. Jog, sprint, do hill sprints, climb stairs. Move your body with your legs in as many different ways as possible.

5.  You need to find and fix your strength leaks.
I’ve seen elite athletes not being able to do skills that they can easily do normally because their hands were shot (Matt Fraser and Lauren Fisher for example).

Force is transferred to the bar, rope, or barbell through the hands. Weak hands lead to strength leakage, which means that you won’t be able to apply maximum force during your skills.

And when you compete the hands are heavily taxed, so you need an ample reserve of grip strength and endurance. Grip training should be a part of your training.

Same thing with the midsection. In every movement where you must apply force to a barbell held in your arms or on your shoulders, and where the legs are involved, the midsection becomes the main force leak.

Alex Vigneault doesn’t have big legs and they could be stronger, but he cleans 370 pounds, snatches 285 pounds, deadlifts close to 600 pounds, and front squats over 400 pounds because he has zero strength leakage through his midsection.

Do core work between sets of barbell lifts — squats, front squat, cleans, snatches, deadlifts. At first you’ll be weaker, but after a while you won’t see any drop in performance and eventually your core will be as strong as steel.

6.  You need to build work capacity.
Elite CrossFit athletes train at least 15-25 hours a week. Not everybody has the time to do that but the more you can train while being able to recover the better you’ll become.

Alex Vigneault and Carol-Ann Reason Thibault have had their best performances at the end of the competitions and in the latter part of the CrossFit Games. Why? Because the volume at the Games is actually much lower than what they do in a normal training week!

While you might not be able to do as much volume as they do, you should strive to gradually increase your workload. Use proper workout nutrition supplements to recover.

7.  You need to build muscle.
The one thing that surprised me at the Games was how muscular most of the competitors (guys and girls) were. It makes sense though — muscle moves weight.

Having efficient technique is important, but to perform you need to be strong. And even neural efficiency has its limits.

At some point, if you want to get stronger you’ll have to build more muscle. While you shouldn’t train like a bodybuilder, doing hypertrophy work for your lagging muscle groups will help improve your performance.

Every weaker muscle group is a potential strength leak.

Repair those strength leaks, master the skills, get brutally strong using many different tools, practice running for efficiency, increase your work capacity, then dominate in CrossFit.