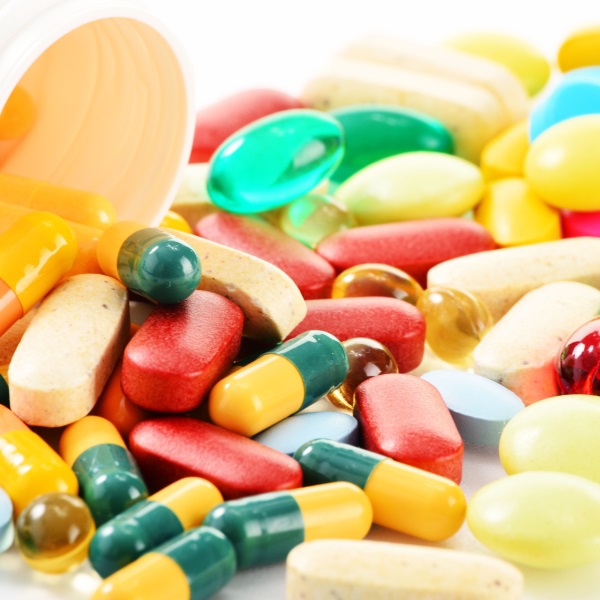 Get the most out of your workouts with these energy-boosting supplements.

You can eat all the protein, pound down all the complex carbs and lift all the weights your heart desires, but unless your energy levels are near their peak, you’re not going to maximize your physique potential. In short, low energy equals middling gains. High energy equals notable ones. Reason enough to boost your energy? We thought so.

FLEX has compiled a list of seven of our favorite energy-boosting supps, along with recommendations for implementing them into your bodybuilding regimen. All of them are to be taken prior to exercise rather than throughout the day. The idea is to create a targeted spike in energy when you need it most, rather than taxing your physiology throughout your waking hours.

We don’t just recommend caffeine as a pre-workout supplement because of the buzz it provides. Yes, caffeine is a central nervous system stimulant that can increase your drive and focus when you get to the gym, but caffeine’s benefits go beyond its pick-me-up effects.

Caffeine has been found to increase muscle strength and endurance during workouts. One study published in a 2003 issue of the Journal of Pain found that subjects who took caffeine an hour before intense exercise experienced significantly less muscle pain while exercising. So, if your muscles hurt less while exercising, you’ll be able to work out harder for longer. Caffeine also increases the amount of fat you burn during workouts. This isn’t just positive in a body-composition sense — it’s also good for your energy levels at the gym, because more fat burning spares glycogen levels (the stored form of carbs in the body).

About an hour before workouts.

Here’s an alternative: if you take your caffeine in the form of coffee, remember that — in addition to its energy-boosting effects — coffee is also a good source of antioxidants. However, keep your source in mind — a Starbucks tall (12-ounce) coffee has approximately 260 mg of caffeine, whereas a home-brewed 8-ounce cup will give you about half of that.

This supplement is composed of the amino acid citrulline bound to malic acid (malate). Citrulline boosts arginine and nitric oxide levels, which leads to more blood flow to muscles. More blood flow means more oxygen and nutrients delivered to your muscles, and that means more muscular energy. Citrulline is also critical for the removal of ammonia from the body. This toxic compound is produced when amino acids are metabolized (as occurs during exercise) and a buildup of it leads to fatigue. Citrulline helps to significantly delay fatigue, especially during exercise, by removing ammonia from the body.

Malic acid is an energy metabolite in the body that helps convert the lactic acid produced during exercise into energy, thus further delaying muscle fatigue. Clinical studies have shown that patients taking citrulline malate reported a reduction in fatigue and demonstrated an increase in adenosine triphosphate production during exercise by almost 35%. That’s important because ATP is the energy currency of every cell. The same study also reported a 20% increase in the rate of creatine phosphate recovery (to make more ATP) following exercise.

With your pre- and post-workout shakes.

Coenzyme Q10 is also known as ubiquinone, because it is ubiquitous within the body. It is particularly concentrated in the mitochondria, which are considered the power plants of cells because they produce the majority of the ATP your body needs throughout the day.

CoQ10 is a coenzyme that is critical in the reactions that produce ATP. Your body produces CoQ10 on its own, but its levels start to drop after you hit 20 years of age. One study by Japanese scientists discovered that subjects who supplemented with 300 mg of CoQ10 per day for eight days experienced less fatigue during exercise and recovered faster between bouts of exercise.

With breakfast and with your pre-workout shake.

It’s very likely that you think of creatine as simply a strength and size supplement, yet it is actually an energy supplement. Creatine provides muscles with the quick energy they need for lifting weights. When creatine enters muscle cells, it picks up a high-energy phosphate molecule. Creatine holds this molecule of energy until it’s needed by the muscle to make ATP.

Muscles use ATP to derive the quick energy needed for muscle contractions when lifting weights. Therefore, the more creatine your muscles have, the more ATP they can make while you work out, and the longer and stronger your muscle can contract.

With your pre- and post-workout shakes.

Green tea also supplies some caffeine, which will add to the boost. But green tea won’t give you the jittery feeling commonly associated with caffeine, thanks to the amino acid theanine. Theanine promotes relaxation by increasing levels of GABA (an important inhibitory neurotransmitter) in the brain.

Between meals and about an hour before workouts.

About 500 mg per serving

This amino acid can help increase both energy and muscle strength. That’s why it’s often found in energy drinks.

When you work out, levels of this amino acid in your muscles drop, and research has confirmed that when taurine levels in muscles drop, so does muscle strength. When you supplement with taurine, the levels in your muscles increase, as do your muscle strength and endurance. In fact, a recent study found that subjects taking taurine along with creatine and caffeine increased the number of reps that they could complete during a weight workout.

With your pre-and post-workout shakes.

This is a true “pick-me-up” amino acid, because it’s known to increase energy, elevate mood, enhance mental focus and even aid fat loss.

Tyrosine is used in the body to produce several important hormones and neurotransmitters, such as dopamine, norepinephrine and epinephrine, as well as thyroid hormones. Research shows that having higher epinephrine levels can also help tp reduce fatigue. In fact, research done on soldiers showed that taking tyrosine improved their performance and stamina during strenuous military activity.

With your pre-workout shake.

Try stacking these energy supplements before working out to increase energy, strength, endurance, and drive.

30 MINUTES BEFORE WORKOUTS WITH YOUR PRE-WORKOUT SHAKE

Now you know how to ramp up your energy levels for brutal, animal workouts in the gym. But what’s the best method for sustaining normal levels of energy so that you’re not dragging like a zombie throughout the rest of the day?

Trainer and nutritionist Hany Rambod says, “You don’t want spikes in insulin. What goes up must come down. Maintaining even energy levels throughout the day will help you avoid the inevitable lethargy that results from an insulin surge. Stay away from fast-digesting carbs, such as simple sugars, except after workouts.”

To take it up a notch, look for these ingredients in your energy drinks.

6 g pre- and postworkout for three weeks; for maintenance, 3 g pre- or post-workout

500-750 mg Chinese/Korean ginseng standardized to at least 4% total ginsenosides (at least 1.5% of total as ginsenoside-Rg1) in divided doses before meals and 30 minutes before exercise