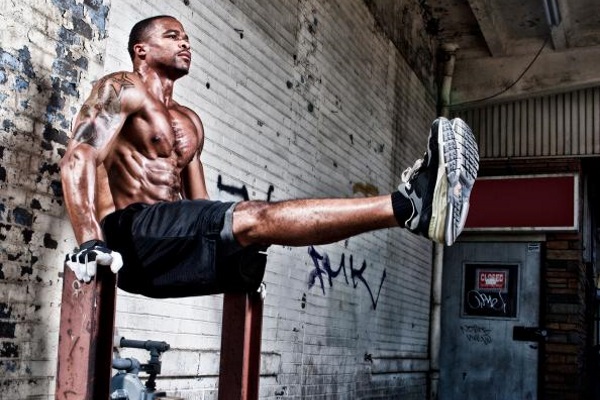 Training abs is easy. Training them right and supporting their development? Not so much.

More formally known as the Weider Iso-Tension Principle, isometrics involve flexing a bodypart, such as the abs, and holding that position (much like bodybuilders do when posing). To do this, tense each muscle for 6–10 seconds, then relax for 6–10 seconds. Repeat for 10–20 sets. This is a great way to hit your abs while sitting in your car, on your couch or at your desk.

3. Don’t Forget About Your Breathing

When you perform an ab exercise such as the crunch, exhale when you reach the finish or top position. This is important because it helps you better contract your abs. Holding the position for a second or two will maximize muscle-fiber involvement.

You typically train in specific rep ranges, such as 8–10 or 12–15 reps per set. Yet when doing bodyweight ab exercises, you can’t alter the weight to match a predetermined number of reps. Therefore, rather than doing crunches or hanging leg raises for a set number of reps, do as many reps as possible until you come close to failure.

5. Don’t Forget to Weight
Many guys worry that if they do weighted ab exercises, their abs will become thick and blocky. Yet abs are muscles just like biceps, so they need definition and separation to stand out. Do some weighted movements in the 8–10-rep range for optimal ab development.

Some trainers recommend that you begin your workout with ab training to make sure you don’t skip it. We disagree. A recent study by the Weider Research Group found that when trained lifters did abs before legs in a squat workout, they completed fewer reps of squats than when they trained abs after the squat workout. This is because the abs, obliques and transverse abdominis work together to stabilize the core, which allows you to produce greater force. Training abs first fatigues them, which lessens your core stability and weakens your base, as well as your ability to generate force.

7. Don’t Always Train Abs At the Same Speed
Change up your rep speed from slow and controlled to fast and explosive—it’ll help you to utilize more fast-twitch muscle fibers to build more power, strength and size. According to new research out of Spain, scientists tested the muscle activity of subjects’ rectus abdominis, external and internal obliques, and spinal erectors while they did crunches at rep speeds of 4 seconds, 2 seconds, 1.5 seconds, 1 second, or as fast as possible. The researchers reported in a 2008 issue of the Journal of Strength & Conditioning Research that as the rep speed increased, so did the activity of all four muscles. The greatest boost occurred in subjects’ external obliques, which were hardly involved in the crunch at slower speeds but increased by more than six times at the fastest speed.

So don’t fail to vary your rep speed. The fast reps will help recruit more muscle fibers in the midsection and turn the crunch, which targets the rectus abdominis, into an effective oblique exercise.