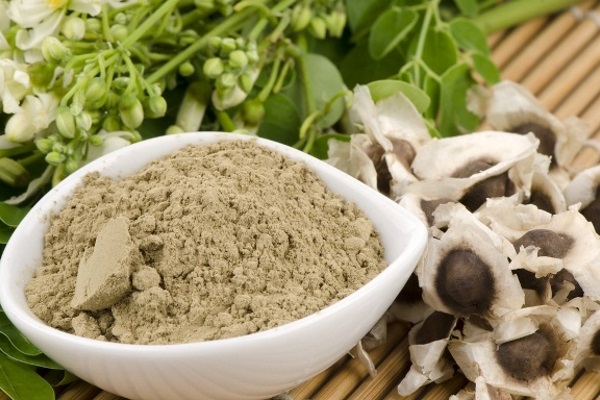 Moringa oleifera is a plant that has been praised for its health benefits for thousands of years.

It is very rich in healthy antioxidants and bioactive plant compounds.

So far, scientists have only investigated a fraction of the many reputed health benefits.

Here are 6 health benefits of Moringa oleifera that are supported by scientific research.

1. Moringa Oleifera is Very Nutritious
Moringa oleifera is a small tree that is native to North India.

It goes by a variety of names, such as drumstick tree, horse radish tree, or ben oil tree.

Almost all parts of the Moringa oleifera tree can be eaten or used as ingredients in traditional herbal medicines.

The leaves and pods are commonly eaten in parts of India and Africa (1).

This is a photo of Moringa oleifera leaves, powder and capsules:

The leaves are an excellent source of many vitamins and minerals. One cup of fresh, chopped leaves (21 grams) contains the following (2):

In Western countries, dried leaves are sold as dietary supplements, in either powder or capsule form.

Compared to the leaves, the pods are generally lower in vitamins and minerals. However, they are exceptionally rich in vitamin C. One cup of fresh, sliced pods (100 grams) contains 157% of your daily requirement for vitamin C (3).

The diets of people in developing nations sometimes lack vitamins, minerals and protein. In these countries, Moringa oleifera can be an important source of many essential nutrients.

However, there is one downside. Moringa leaves may also contain high levels of antinutrients, which can reduce the absorption of minerals and protein (4, 5).

Another thing to keep in mind is that if you’re taking Moringa oleifera as a supplement, taking it in capsules won’t supply large amounts of nutrients.

The amounts are negligible compared to what you are already getting if you eat a balanced, real food-based diet.

Bottom Line: Moringa leaves are rich in many important nutrients, including protein, vitamin B6, vitamin C, riboflavin and iron.

2. Moringa Oleifera is Rich in Antioxidants
Antioxidants are compounds that act against free radicals in our bodies.

High levels of free radicals cause oxidative stress, which may contribute to chronic diseases like heart disease and type 2 diabetes (6, 7).

Several antioxidant plant compounds have been found in the leaves of Moringa oleifera (8, 9, 10).

In addition to vitamin C and beta-carotene, these include (11, 12):

Moringa leaf extract may also be used as a food preservative. It increases the shelf life of meat by reducing oxidation (18).

3. Moringa Oleifera May Lower Blood Sugar Levels
High blood sugar can be a serious health problem. In fact, it is the main characteristic of diabetes.

Over time, high blood sugar raises the risk of many serious health problems, including heart disease. For this reason, it is important to keep blood sugar within healthy limits.

However, most of the evidence is based on animal studies. The human studies are few, and generally of low quality (19, 20, 21).

In one study, 30 women took seven grams of moringa leaf powder every day for three months. This reduced fasting blood sugar levels by 13.5% (17).

Additionally, a small study in six diabetic patients found that adding 50 grams of Moringa leaves to a meal reduced the rise in blood sugar by 21% (22).

These effects are caused by plant compounds found in Moringa leaves, such as isothiocyanates (23).

Bottom Line: Moringa leaves may lead to reduced blood sugar levels, but more research is needed before any solid recommendations can be made.

4. Moringa Oleifera May Reduce Inflammation
Inflammation is the body’s natural response to infection or injury.

It is essential as a protective mechanism, but may become a major health issue when it goes on for a long time.

Sustained inflammation is believed to be involved in many chronic diseases, including heart disease and cancer (24, 25).

Many fruits, vegetables, herbs and spices have known anti-inflammatory effects. These include turmeric and pomegranates.

Moringa leaves, pods and seeds have been shown to have anti-inflammatory properties as well, which may also be due to isothiocyanates (26, 27, 28).

However, the research so far has been limited to test tube and animal studies. It remains to be seen if Moringa oleifera has similar anti-inflammatory effects in humans.

Bottom Line: In animal and test tube studies, Moringa oleifera has been shown to have anti-inflammatory effects. This has not been studied in humans.

5. Moringa Oleifera Can Lower Cholesterol
High amounts of cholesterol in the blood have been linked to an increased risk of heart disease.

Many plant foods can effectively reduce cholesterol. These include flaxseeds, oats and almonds.

Both animal and human studies have shown that Moringa oleifera may have similar cholesterol-lowering effects (8, 19, 29, 30).

Bottom Line: Moringa oleifera can lower cholesterol levels in the blood, which should lead to reduced risk of heart disease.

6. Moringa Oleifera May Protect Against Arsenic Toxicity
Arsenic contamination of food and water is a problem in many parts of the world.

Although arsenic in food or water does not cause symptoms of toxicity right away, long-term exposure may lead to health problems over time.

Observational studies indicate that long-term exposure to arsenic may increase the risk of cancer and heart disease (32, 33).

Several studies of mice and rats show that the leaves and seeds of Moringa oleifera may protect against some effects of arsenic toxicity (34, 35, 36).

These studies are promising, but it is not yet known whether this also applies to humans.

Bottom Line: Animal studies suggest that Moringa oleifera may protect against arsenic toxicity. However, this has not yet been studied in humans.

Take Home Message
If you want to enjoy the benefits of Moringa oleifera, then there is a great selection on Amazon with tons of interesting reviews.

To sum up, Moringa oleifera is an Indian tree that has been used in traditional medicine for a very long time.

It has been used to treat various different conditions and diseases, but only a few of the health claims have been studied scientifically (1).

So far, studies have shown that Moringa oleifera may lead to modest reductions in blood sugar and cholesterol. It may also have antioxidant and anti-inflammatory effects, and protect against arsenic toxicity.

Moringa leaves are also highly nutritious, and should be particularly beneficial for people who are lacking in essential nutrients.