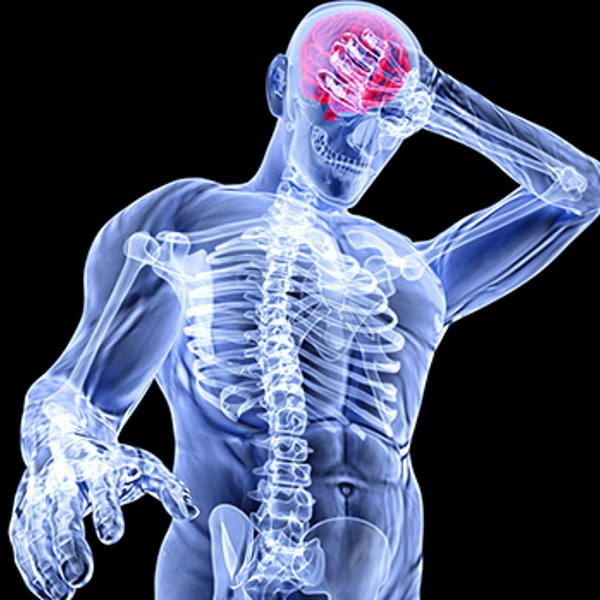 If you’re a lifter or an athlete of any kind, you’re likely deficient in the five following things.

1 – Testosterone
Lifters are cocksure that all that lifting they do raises their testosterone to Kilimanjarian heights, but they’re generally wrong. Oh, lifting may raise testosterone levels temporarily, but any post-workout rise in testosterone is caused by temporary decreases in testosterone clearance rates and a decrease in the volume of plasma (hemoconcentration). It may look good on some researcher’s lab printout, but it’s just another of nature’s sleight-of-hand card tricks.

Hard lifting, or any extreme physical activity, actually reduces testosterone levels for one to four days. This hard lifting also increases cortisol, causing a decrease in the ratio of testosterone to cortisol. You don’t need a biochem degree to know this chemical environment is detrimental to gaining muscle or strength.

And, on a strictly empirical level, I’ve seen chronically low testosterone levels in weightlifters for years. One after another complain to me, in between crying jags into their pillow, that their T level is somewhere around 200 ng/dl. It’s epidemic and it belies logic. Most of these men are still muscular, still strong, and are completely flummoxed to learn that their testosterone levels are clinically low, or at least make for a weak brew on the manliness scale.

Of course, low T seems to be afflicting the entire male population in general. We don’t know if it’s because of being constantly bombarded by xenoestrogenic chemicals or elevator music, but several surveys suggest that a modern man’s testosterone levels are perhaps half of what his grandfather’s were. In any event, lifters are generally much more aware and much more concerned over their T levels than the average man because it plays such a big part in their success. It makes you wonder, though, despite still being able to function “normally,” how strong and muscular these low-T lifters could be if their levels were up to snuff.

The solution to this low-testosterone problem is to work out less or work out less intensely, but that’s probably not a palatable solution for any serious lifter. No doubt the testosterone levels would go back up after four days, but since lifters are always working out, lifting itself may well be the cause of perpetually low T levels.

Alternately, you can pay a lot more attention to workout nutrition and hack away at those elevated cortisol levels. Lastly, you could augment your testosterone levels through supplemental means or by seeking testosterone replacement therapy. More TRT info here.

2 – Magnesium
Eighty-five percent of Americans are deficient in magnesium, and that percentage is even higher among athletes. Maybe you think you’re immune to such deficiencies because you occasionally buy bananas at Whole Foods, but think again. You’d have to eat nine organic, free trade, non-GMO, fertilized-with-angel-poo bananas to just meet the RDA, let alone meet your increased athletic demands.

The question that probably comes to mind, though, is why are so many of us deficient in magnesium? One answer lies in strenuous exercise, as it apparently increases losses of magnesium through sweat and urine by as much as 20%.

A lot of it has to do, too, with how foods are grown and the dietary habits of many athletes. While magnesium is found in high, or higher, amounts in foods like green leafy vegetables, seaweed, Swiss chard, spinach, beans, nuts, avocadoes, and bananas, many of these foods are deficient in minerals in general because of crappy soil and untested growing methods.

Most athletes don’t have a very diverse diet, either. They seem to find a small collection of “safe” (and palatable) foods and they ride those babies week-in and week-out. It’s no wonder that so many are deficient in many things, let alone magnesium.

Unless you’re absolutely certain your diet is as varied as that of Anthony Bourdain, supplementation such as ZMA® is in order. While the RDA is only 400-420 mg/day for men and 310 to 320 mg/day for women, athletes may want to double up.

3 – Protein
It’s probably hard to imagine that any food-conscious athlete with a decent job is deficient in protein, at least by RDA standards. To meet their requirement, you only need to ingest about 70 grams a day. That’ll replenish the cells that died that day and the skin that flaked off into your cornflakes, but that’s about it.

However, if your goal is anything but replenishing those cells you lost on any given day, you need more, possibly much more if your goal is extra muscle. Exactly how much? The studies are all over the board, but the number that keeps coming up among those that live and breathe bodybuilding is approximately 1 gram of protein per pound of body weight.

That’s a lot. And it’s a really hard target to hit consistently unless you’re using protein powder. You’d have to eat protein food all the time. Then you’d just lie there and moan like an anaconda that just swallowed a fat gator.

Without protein powder, a 200-pound lifter would have to eat 8 cans of tuna to put him at 200 grams, or about 33 large eggs. Granted, most lifters would mix their protein sources up a bit, but it takes daily diligence to hit 200 or more grams each and every day.

So yeah, if you’re not using protein powder on a regular basis, it’s likely you’re deficient in protein, at least by liftin’ weights, puttin’ on muscle standards. Using just a couple of scoops a day of a high-quality protein powder like Metabolic Drive® Protein will augment your daily intake and allow you to reach your protein requirements without having to spend your days on an endless quest for protein.

4 – Omega-3 Fatty Acids
You likely know all about the anti-inflammatory merits of omega-3 fatty acids and you try to get plenty. You’re also trying to keep the pro-inflammatory chemicals associated with omega 6’s (like those found in sunflower, soy, cottonseed, and safflower oils) in check.

You know that inflammation is closely associated with at least 100 of the greatest human maladies, including heart disease, cancer, stroke, and autoimmune disease. And you know that you need to keep the ratio of omega-6s to omega-3s in your diet at about 3 to 1, as opposed to the roughly 20 to 1 that’s the American norm.

The trouble is, most people simply add omega-3s to their diet without doing anything to check their omega-6 intake. This is a problem because the two fatty acids compete with each other for space in the cell, and consequently compete for the attention of various pro-inflammatory enzymes.

Let’s say you eat like a regular American and go out to restaurants several times a week, keep a kitchen cupboard well stocked with snack foods, and when you do prepare food at home, use a lot of boxed or canned ingredients. If that’s you, then it probably doesn’t matter how many fish oil capsules you ingest, your ratios are still going to be off because of competition to take up residence in your cells.

To make a dent you need to simultaneously increase omega-3 consumption while reducing omega-6 consumption. Otherwise, the existing 6’s will, like a bunch of surfers protecting their stretch of beach, bully the newcomer interlopers away.

To improve your ratio of omega-6s to omega-3s:

5 – Iodine
Iodine is a nutrient found in every organ and tissue, but iodine deficiency may affect as many as 74% of all adults. That’s not good because iodine is vital to healthy thyroid function and the thyroid plays a huge role in metabolism.

The thyroid does its thing through the production of thyroid hormones, the main ones being triiodothyronine (T3) and thyroxine (T4). These hormones are synthesized from the amino acid tyrosine and iodine. Without iodine, which needs to be provided through diet, the thyroid freaks out, sending a message to the pituitary to release thyroid-stimulating hormone (TSH), which instructs the thyroid to get busy making hormones.

However, if there’s no iodine in the diet, the thyroid gland either forms nodules or it just gets bigger and bigger, forming what’s known as a goiter. Most people don’t get to the goiter stage, but plenty develop nodules. They also develop symptoms like dry mouth, dry skin, lack of sweating, reduced alertness, muscle pain, and difficulty maintaining low body fat. Furthermore, it’s probably impossible to reach your optimum health level without having adequate iodine levels.

The trouble is, iodine isn’t as common as other minerals. The farther you get away from the sea (the source of most earthly iodine) and the foods contained therein, the more likely you’re deficient. This is why the Morton Salt Company started adding iodine to its salt in 1924. Thyroid problems disappeared almost overnight. However, despite its dietary importance, iodine intake has decreased by about 50% from 1971 to 2001, the latest dates for which I could find statistics.

A number of things happened to bring this on. For one thing, well-meaning doctors told people to stop eating as much salt for fear it would get their diastolics all pumped up into dangerous zones. People, by and large, listened.

People used to get a lot of iodine through wheat flour, too. Manufacturers used iodine in its processing, but nowadays they use bromide instead, which blocks iodine’s activity. Soy products, too, block iodine absorption, as does the fluoride and chlorine in your drinking water. Furthermore, restaurants pretty much don’t use iodized salt. Neither do the manufacturers of salty snacks, so that cuts out a couple of other iodine avenues.

There’s also a movement towards “designer salts,” like that pink Himalayan stuff you see on every wanna-be chef’s kitchen countertop. While it’s pretty, it doesn’t have much iodine in it, and the Sherpa that hiked it out of the mountains for you to use probably has a massive Everesque goiter on his neck.

Lastly, you, as an athlete, lose a lot of precious iodine through your sweat. Supplementation is clearly in order. Luckily, iodine, in the form of supplements, is pretty inexpensive. However, dosages per pill vary widely between manufacturers. Some companies supply the mineral in tiny, RDA-sized dosages of 150 micrograms, whereas others supply it in milligram-sized capsules. (The largest I found was 12.5 mg. per capsule.)

Unfortunately, it’s difficult to say how much you’d need to remedy a deficiency. Simply taking the RDA would be like refilling a bucket with water by adding one drop a day. A more functional approach would be to take between 6 mg. and 12 mg. for a period of weeks or months (up to three). As always, play it smart if you try the supplement approach. If you don’t think you have a deficiency, you might simply want to start keeping a shaker of iodized salt on the table.