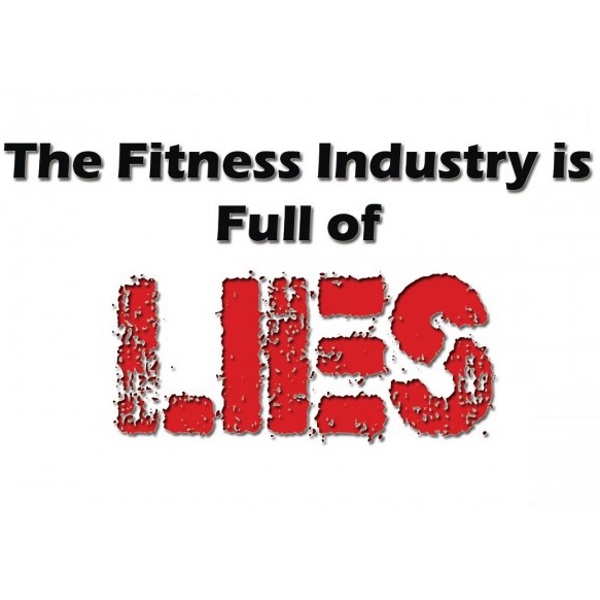 We see it every day… Men and women in the fitness industry posting selfies on all their social media platforms, hash-tagging just about every word in their vocabulary. Some might call these individuals “narcissists”. Well, I hate to say it but you’d be right. Recent studies are now showing that those who religiously take selfies are linked to narcissism and psychopathy. Who would have thought taking pictures of yourself would classify you as mentally ill? Now let’s not generalize that everyone who takes selfies is linked to these issues, but studies are showing an alarming amount to be the case. Who would have thought Kim Kardashian would be considered mentally ill? That’s total sarcasm, that chick fell off the wagon a long time ago. But in all seriousness, there are certain things you need to know about the fitness industry. Things aren’t always what they seem and there’s more smoke and mirrors than anything these days. Check out the below for yourself so you aren’t dooped into thinking you too can look like some of the individuals on magazine covers.

1.) Adobe physiques
This could possibly be the biggest scam of the fitness industry so it definitely belongs at the top of our list. Fitness models are being called out left and right these days for photoshopping their images before posting on social media. The same thing holds true for just about every individual on the cover of magazines as well as those found inside for the most part. They want to make you think that their physiques are flawless. It’s common practice these days and not all of the blame should be put on models, some of it needs to be shared with the photographers. After all, it’s the photographers that are editing the photos that they take.

Individuals, however, are still snapping selfies, loading the images onto their laptops and ultimately creating “art” through photo editing software. Females are slimming their waists and legs, increasing their bust, and blowing out their butt to make it nice and round (when they should really be squatting!). On the flip side, men are making their abs more defined, adding size to their arms, shoulders, and chest, and finally touching up their legs to look bigger and more muscular (because no one likes to train legs heavy these days).

So if you’re a beginning or even an intermediate lifter, don’t get frustrated when you spend months, even years in the gym and never look like the images in magazines. Most of them are unrealistic. Don’t get me wrong, majority of those individuals are indeed in amazing physical condition, it’s just not 100% accurate what the photos show after they have been touched up. So don’t be fooled by the Adobe gains.

2.) “Supplements”
How can we say this without offending a bunch of people…? Oh heck, we can’t so I’ll just say it. There are tons of people in the fitness industry that are getting a little help from “supplements”. No, we aren’t taking about creatine, glutamine, aminos, and protein powders. We are talking about individuals sippin the Kool-Aid and injecting B-Vitamins into their butt. Not reading between the lines? They’re using anabolics of some sort. Products that can enhance muscle growth and fat loss much faster than allowing it to happen naturally through hard work and dieting. Now don’t get me wrong, these individuals are still working hard in the gym, but if that person had a twin and one was playing with some juice while the other stayed natural, you’d notice a huge difference in their physiques if they did the exact same program with the exact same diet.

By reading the above paragraph you’d probably believe I was totally against the use of steroids and anabolics. Well, I’m not. To each his own and it’s their own life to live and their own choices to make. Am I telling you to go purchase an illegal substance on the black market? Heck no. But be aware that there are consequences to taking such actions. You can royally screw up your body by using a substance you know nothing about nor how to use and cycle. If you’re one of those individuals, I highly recommend staying as far away as possible. You only get one life to live.

3.) Competing and modeling is their JOB
For many people in the fitness industry, they have hopes and dreams of being one of the best athletes in the world. They dream of making a living by competing in shows and being on magazine covers. Their whole life revolves around their “look”. You can consider it their job. Rather that punching a clock and working 9-5, they get a good amount of rest, feed their bodies, train like a wild beast in the gym, go home and eat and rest some more. The next day they simply repeat the same steps. Their life is like watching the move Groundhog’s Day with Bill Murray. It’s repetitive, and it’s boring. Many of them give up a personal life due to the dedication needed to be a top athlete.

When you see these individuals and admire their hard work and amazing physique, you have to remember that what you’re looking at is their job and moneymaker. For most, you cannot make enough money in the fitness industry to live a normal life. Many competitors still have to go work a normal job on top of their dedication to the sport and competition. It’s not an easy life by any means and definitely not very lucrative.

4.) You competed in a show and won, now all of a sudden you’re an expert trainer?
You see this all the time. Someone wins a fitness/bodybuilding show and all of a sudden next week you see them in the gym saying they are an expert and that they are now accepting training clients. What?! You won a show. One show. Now you’re an expert? Stop. Just stop. What’s even worse is that these individuals either give clients cookie-cutter programs or they rip off a program they were given to get in contest shape from one of their trainers that they paid. How can you call yourself an expert? There’s also a good chance that the individual was using some of the “supplements” mentioned above and therefore really ANY training protocol would allow the individual to put on lean muscle mass and drop some body fat.

Do yourself a favor and before you sign up to train with a competitor, make sure they have the credentials to back it up. And “I win shows” and “look at me, I know what I’m talking about” doesn’t constitute as having legitimate credentials. Unless they are winning the Arnold Classic or the Olympia, “I win shows” and “look at me” means diddly-squat. Find out who they are certified through, how long they have been a personal trainer, and do your homework before agreeing to anything (and make sure you read any contracts thoroughly before you sign on the dotted line).

5.) Sponsorship’s in the industry
I get it. You’re impressed by athletes that have sponsors backing them. They get the cool swag, photos in magazines with product placement, and get to travel with the company to expos to sign autographs and take pictures. What you probably don’t realize is that a VERY small percentage of those sponsors are giving that individual any money to be associated with their company. Many companies simply give the athlete free goods and products and maybe pays for their hotel and contest entry fee. That’s it. Unless you’re literally the best in the world and winning every show you are in, you generally won’t see a penny from a sponsor.

If you’re a top competitor and one of the best in the world you could settle for a contract in the $100k-$200k range per year. Up and coming athletes who are contenders but nowhere near the pinnacle of their career might make somewhere in the $5k-50k range with the higher totals for those athletes who are placing well and has a recognizable name.

You might be thinking how great these athletes have it who make upwards of six-figures. It’s not all gravy believe it or not. Most people have this perception that the athlete gets paid just for the company to use their image and name. While that is indeed true, to stay sponsored there are things in the contract such as pushing the brand and products on social media, wearing apparel that has the company’s logo on it, and flying around the nation doing appearances (which can totally mess with your prep if you have a show coming up). But here’s the bottom line… they are paid to perform. If you’re the top dog and expected to win every show you enter, then you better win. If you don’t, come time to renegotiate your contract, they might tell you to get lost or they could lower how much money they offer you because you are no longer worth the same value as you were when you were winning. So it’s not all fun and games at that level—it’s business.