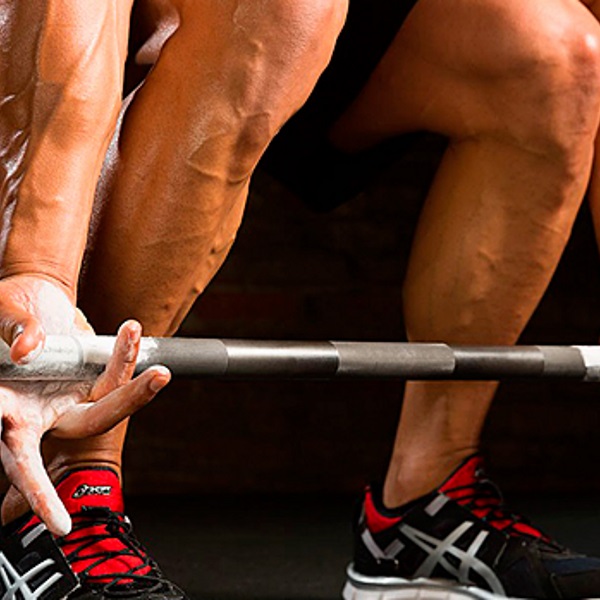 Here’s the reality: You can’t get strong without creating progressive overload! The principle of overload dictates that the training stress – based on frequency, intensity, and type of exercise as well as recovery processes – should exceed the training stress experienced during the previous workout. (1)

Sure, the big lifts are a great way to create progressive overload, but they’re not the only way. Resistance exercise is just a way to put force across joints. That’s it! When you understand this, you quickly see that no particular exercise has magical powers because barbells, dumbbells, cables, machines, and bands are all just different tools that allow us to apply force across joints.

That includes bilateral and unilateral training, too. Neither is magical and both should be used to elicit specific training effects.

The lesson: Forget about your emotional attachment to certain training methods or going by what some guru says. You can’t deny the principles of specificity and overload.

2 – You should be adding plates every week!
If that was true, then 30 year olds who’ve been lifting consistently since they were teenagers should be hitting world record-type numbers. Since this clearly isn’t the case, it’s far more accurate to say, “You should get stronger every week, as long as you’re changing your program every month or two.”

Due to the adaptive properties of the human body, the principle of progressive overload will only take you so far. This is because everyone at some point within a training program reaches a plateau where they’re unable to keep progressively overloading the same exercises. This is where applying the “principle of variation” comes in.

In general, depending on how often you train each week, change your training program every 3 to 5 weeks. This usually involves changing the exercises in the program and or modifying the order of the exercises. This gives the body enough time to adapt, but usually isn’t a long enough training period for the program to become boring, stale, or no longer beneficial.

The lesson: Focus on using the same basic movements – pushing, pulling, lower-body, etc. – but in slightly different ways through the use of different exercise variations.

3 – Just get strong!
The common advice to “just get strong” is really just another way of saying to focus your training around the big lifts. Many coaches who say this are basically just training everyone like powerlifters.

Let’s say that you have two guys in a gym, Tom and Harry. They both train with weights and are in great shape. Tom sticks to the big basic lifts while Harry prefers to use other exercises. Tom of course has a bigger squat and deadlift than Harry because Harry doesn’t train those exact same exercises. So who’s stronger?

What if the task was to climb up and down a rope using only the hands? And let’s say that Harry is an avid rock climber and adds climbing elements into his regular weight training. Well, Harry is going to zip up that rope. Tom is going to struggle.

The point is this: When people say “just get strong,” don’t automatically assume it means conventional barbell exercises. Because that type of thinking puts training methods above training principles. Instead, your first thought should be to ask, “Strong in what?” and “Strong for what purpose?”

This means field, court, and combat athletes, as well as athletic-minded folks, should incorporate a wide variety of exercises to help them improve their functional capacity (their range of ability) by developing strength in various movement patterns, directions, and body positions.

For these athletes, the conventional barbell deadlift, squat, and bench press aren’t simply exercises; they’re tools in a box that also contains many other tools to help them achieve their goals. To powerlifters, however, the conventional deadlift, squat, and bench press aren’t tools – they’re events. It’s disappointing that this difference goes unacknowledged by so many coaches, trainers, and gym goers. As a result, they fail to apply the principle of specificity.

4 – The strength gains newbies make are just neuromuscular.
Many believe that the strength increases of beginners are purely due to nervous system adaptations. Well, it’s definitely true that beginners make rapid strength improvements as their brains learn how to engage their muscles more effectively and efficiently.

But here’s the full story: Even though neural adaptations are primarily responsible for increased strength in the early phases of training, research has found that muscle size definitely increases within the first three or four weeks of resistance training. (2,3)

The lesson: While neuromuscular adaptations play a part in the strength increases, so does actual hypertrophy.

This is important to understand because a good strength and conditioning program helps you improve physical qualities that aren’t addressed by simply playing and practicing your sport. However, improving your physical fitness doesn’t make you a winner if you lack the skills required to play your sport.