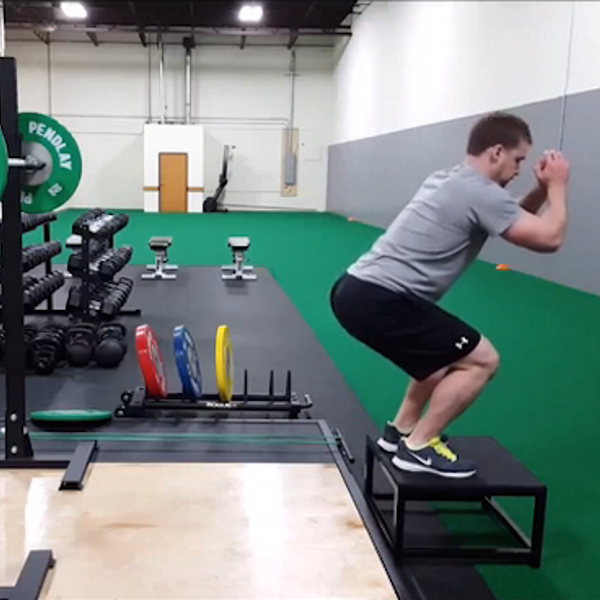 In the world of athletics, power is king. When you perform explosive workouts, your body learns to recruit more motor units in a shorter amount of time, resulting in a greater rate of force production (power). Using the following advanced methods, athletes can improve their power to become more explosive on the field.

Contrast training can be defined as performing an exercise at or near your one rep max followed by a lighter set of the exercise. The rest period between the two sets can range from 1 to 3 minutes. When you perform a heavy set followed by a drop set, your body remains “primed” for the heavier weight, but because you’re lifting lighter weight, you can move it with greater velocity.

Similar to contrast training, complex training uses a heavy strength exercise followed by a plyometric. Rest between exercises can range from 0 to 30 seconds, with a longer 3- to 5-minute rest between complexes.

Both methods take advantage of post activation potentiation (PAP)–an acute response by the body that allows for a short-term increase in power. The exact way this works in unknown, but it is thought that lifting a weight at or near your one rep max “primes” the body to activate more motor unit in a shorter amount of time.

Accommodating load training also improves the power of the movement by removing “sticking points” at challenging positions of the movement. This allows you to accelerate the bar through the whole movement, creating more power.