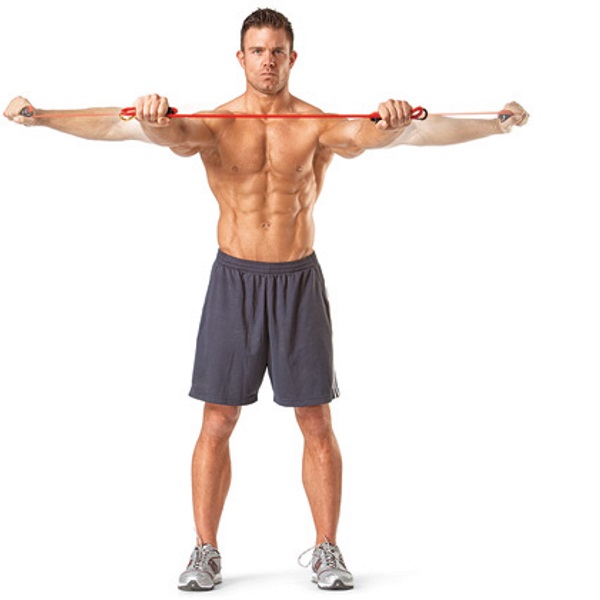 Resistance bands are very useful tools, which are sometimes overlooked during strength training. Typically, most people love to grab the heavy barbells and dumbbells, but it’s important to remember that resistance bands are great to keep in your training toolbox. Bands also come in handy while traveling.

Here are 15 resistance band exercises covering all muscle groups using only bands. Check out the video for a visual demonstration.